It’s been an exciting week for players of Harry Potter: Wizards Unite who have been exploring the game-changing update that developers Niantic, Inc. and Portkey Games hope will further personalize the experience for players based on their playstyle.

On Monday, the previously announced SOS Training was rolled out to all players, and further information was released about the new lessons.

SOS Training is now live for all players! After updating the game to version 2.14.0, open your Suitcase and tap the new Training button to see all the new lessons. #WizardsUnite

“Masters of the Magical Universe” is the first SOS Training lesson for players at Level 4, and it’s all about increasing the power of spells. Increased Mastery overall will make it easier to overpower Confoundables and return Foundables. Mastery can also be focused on specific types of Foundables, allowing players to adapt their skills to the challenges they often face in the game. 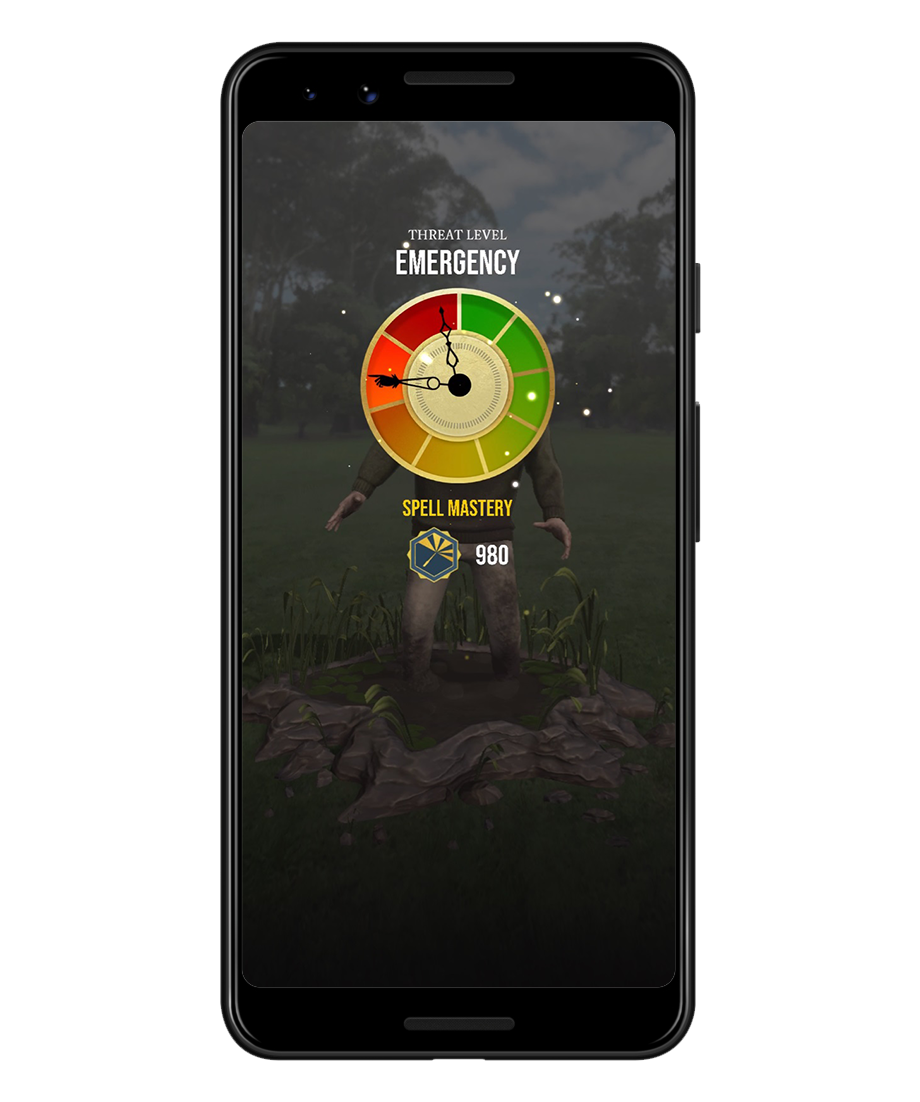 “Masters of the Magical Universe” allows players to increase their spell power.

“Charmed, I’m Sure” is unlocked at Level 5 and introduces players to the world of Field Charms. There are three Field Charms: the Trace Charm, the Inn Charm, and the Greenhouse Charm, all of which are cast directly on to the map.

Using the Trace Charm (with the incantation “Pario Vestigius“) on traces reveals others that are nearby. As players upgrade their Trace Charm skills, the number and rarity of the traces will increase.

Shouting “Tribuomnus” at Inns will generate Spell Energy on the map and probably some strange looks from anyone nearby. For rare potion ingredients, aim your wand at the nearest Greenhouse and speak the incantation “Celescere.” In addition to conjuring rare ingredients, this spell will increase the yield of ingredients in the Greenhouses over time. 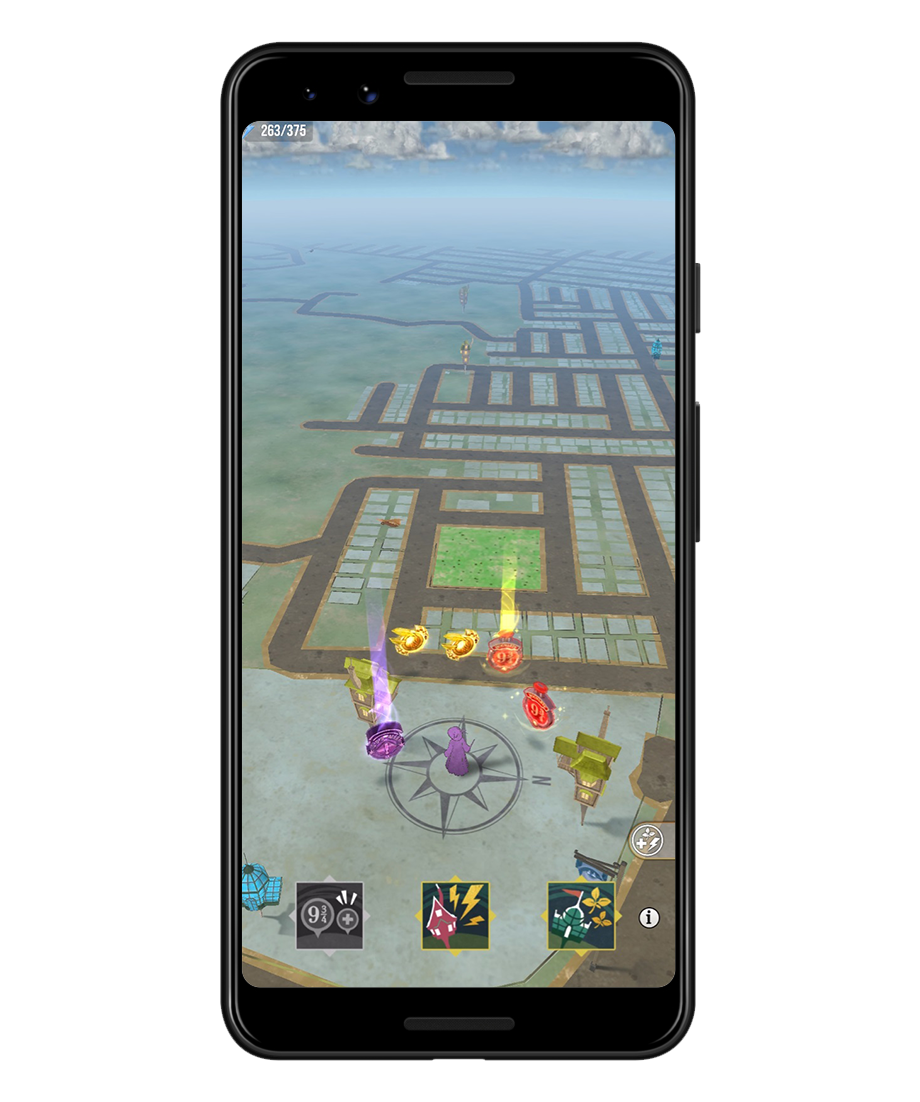 “Charmed, I’m Sure” has introduced Field Charms that players cast directly onto the map.

Need to boost your potions? Then “Eye of Newt, Toe of Frog” is the lesson for you. The Potion Effect skill will increase the effectiveness of specific potions, whereas the Brew Time Reduction skill will, well, reduce the time required to brew potions. 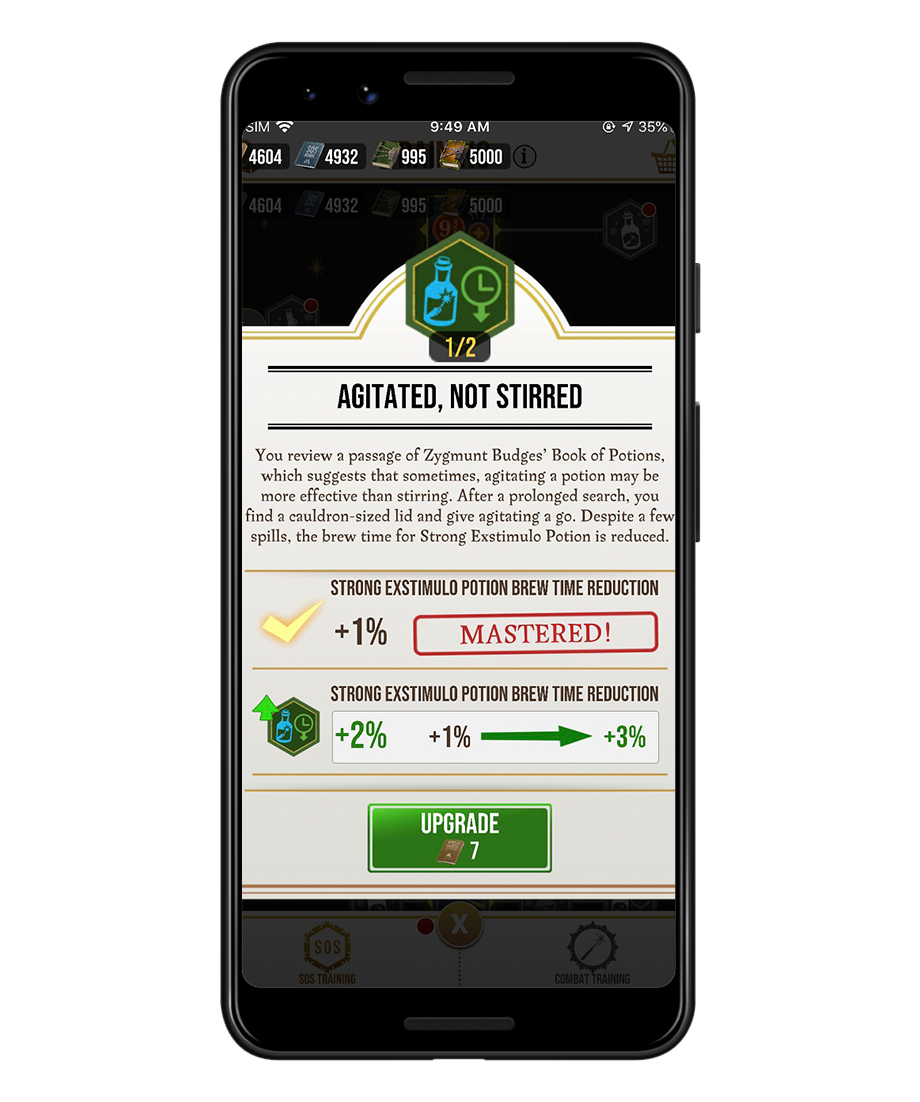 Teased in the run-up to the launch of SOS Training was the Departure Denial skill, which reduces the chance of Confoundables fleeing. We now know that this skill can be developed in the “Stay for a Spell” lesson. 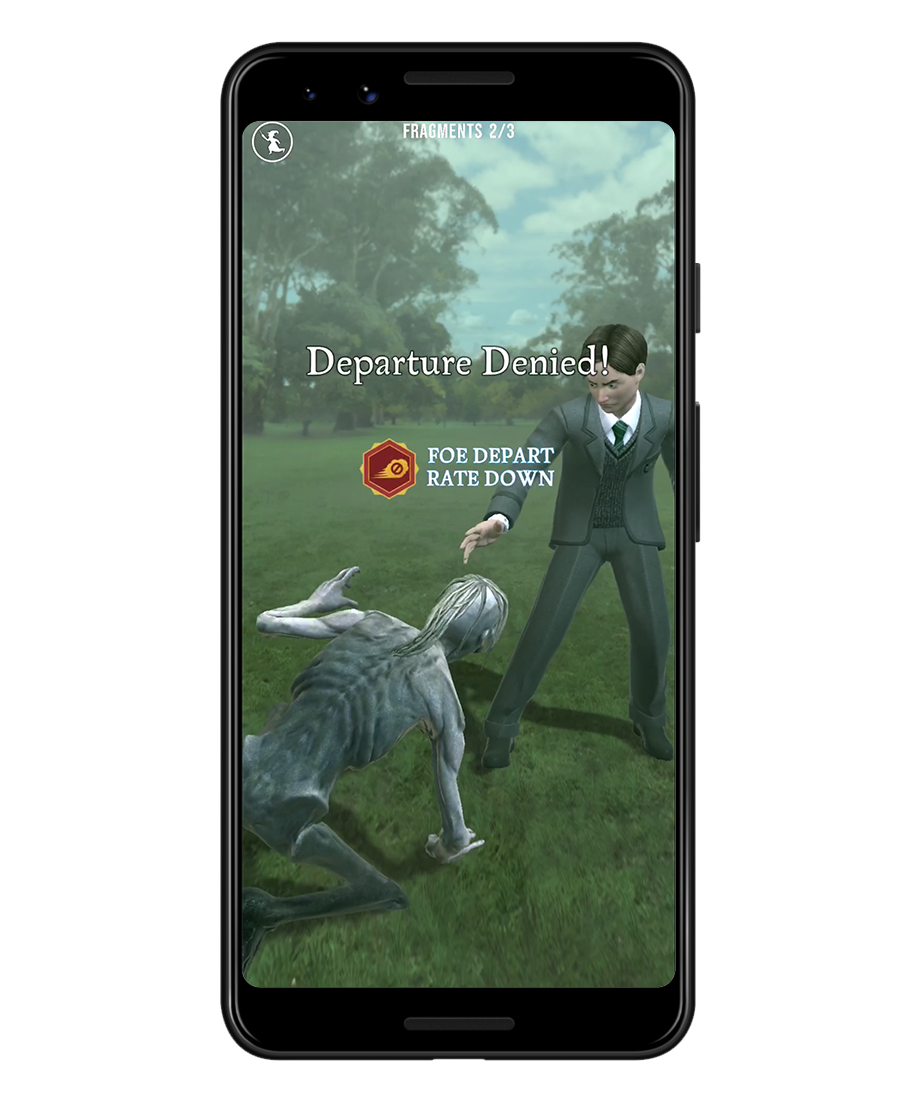 “Stay for a Spell” reduces the chances that Foundables and Confoundables will flee.

The fifth SOS Training lesson is “Fortune Favors the Bold,” which allows players to invest in three Reward Upgrade skills. The Reward Upgrades can range from increasing the likelihood of receiving rare gifts to upgrading Treasure Trunks and receiving high-Spell Energy foods at Inns. 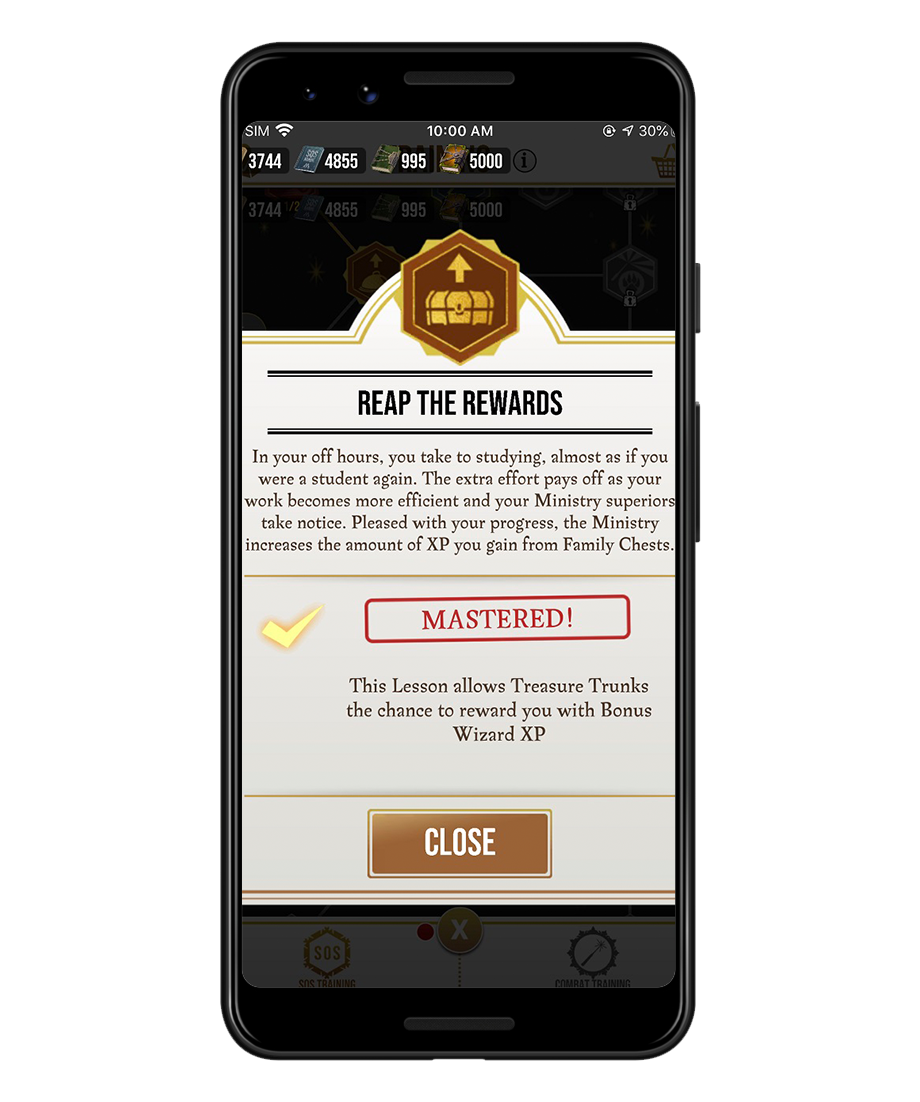 “Fortune Favors the Bold” is all about reward upgrades.

Speaking of in-game events, the Fantastic Flora and Fauna Brilliant Event is returning this month!

To celebrate year two of Harry Potter: Wizards Unite, we’re bringing back a limited-time event from the start of year one, the Fantastic Flora & Fauna Brilliant Event! Check out the details here or in the in-game SOS Report: https://t.co/dMX3ymvnMm pic.twitter.com/o6tullqX4q

From 2 p.m. ET on July 28 to 2 p.m. ET on August 4, players can return new Brilliant Foundables and collect fragments of Foundables from last year’s event. Players will also be able to complete event tasks and purchase bundles.

With the SOS Training update and Fantastic Flora and Fauna Brilliant Event, Wizards Unite players have a lot to look forward to in the coming weeks. We would expect nothing less from the game that was recognized for its Technical Achievement and Best Game Design at this year’s Webby Awards!

Will you be taking part in the upcoming Brilliant Event? And have you started on your SOS Training journey yet?