This Isn’t Your Childhood Treasure Hunt, It’s Geocaching with a “Harry Potter” Twist

Summer is here, and we are itching to get outdoors! While we still encourage you to practice safe social distancing, you may be able to get away with some treasure hunting. Everyone remembers playing pirates in their backyard as a kid and searching for that big “X.” You know, the one that marks the spot for buried treasure? But in the digital age, where technology is more than abundant, treasure hunting is not exempt from an upgrade. Geocaching is the almost sport-like, adventure, treasure hunting phenomenon that’s ready and waiting for you.

Let’s break it down. Geocaching is a worldwide game that anyone can play. First played using GPS coordinates in Oregon in May 2000, it’s since grown exponentially, and hunters play just about anywhere in the world. The basis of the game is really simple. The Geocaching app helps you locate a cache as near to or far from you as you want, and you can use your phone or GPS device to help you navigate toward the cache’s coordinates. Once you find your treasure, register your discovery on the app, and then leave a note or a personal token for other hunters to find. Caches come in a wide variety of shapes and sizes. They can be large, noticeable boxes or tiny, well-hidden containers.

There are a few things left in this world that Harry Potter fans have managed to leave un-Pottered, for lack of a better term. The game of geocaching is not one of them. Seriously, anything that can have a Wizarding World twist is arguably better than its original form.

Harry Potter fan Cherry Stace from Pontypool, Wales, made her mark on the game recently. The 23-year-old said she hadn’t been able “to find a group like this [that] is based in Wales.” Her solution was to create a Facebook page in an “attempt to reach out to other fans who live locally.” Stace got the idea to create a geocache hunt because she enjoyed the game herself. Everything you need to know about her version of the game is on the group’s Facebook page, Wizarding World Wales. 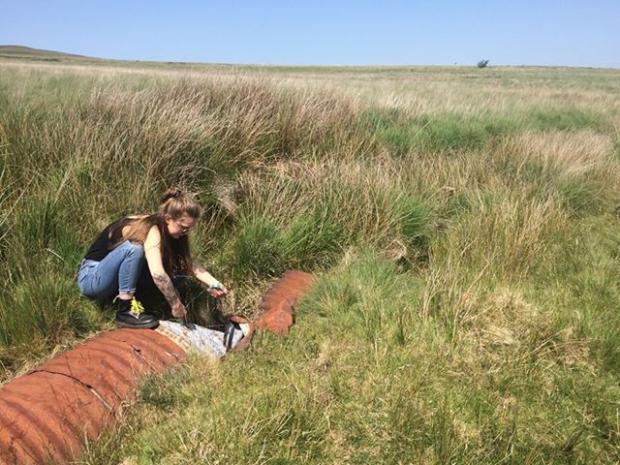 Her treasure hunts are all related to Harry Potter, of course. Three times a week, she posts a clue about where she has hidden a cache. Most recently posted is a clue from Chapter 3 of Harry Potter and the Sorcerer’s Stone. Follow Stace’s clues around Pontypool, Wales, and hopefully, you find something magical. Stace says she plans to continue creating clues and caches for every chapter of the series, which should keep her followers busy for quite some time. The containers are marked with a symbol resembling a lightning bolt. 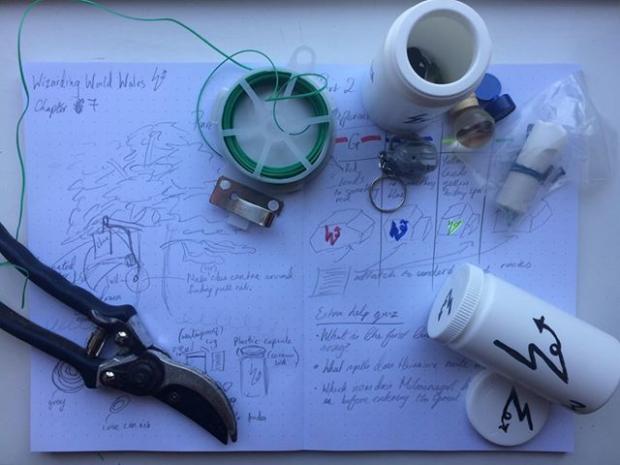 If you try to hunt for Stace’s caches on the official app, she says you won’t find them.

I’ve had a few comments asking why I didn’t put it on the [G]eocaching app. There is not much around Pontypool for geocaching; it’s mostly in Cardiff. I wanted to make it more of a community thing.

To find more information about Cherry Stace’s hunts, you can head over to the Wizarding World Wales Facebook page. You can also check out the official Geocaching website or app for details about hunting for treasure in your area. Happy hunting!