With seven books, eight films, a prequel film series currently in the making, and more, Harry Potter stands the test of time as one of the biggest icons of pop culture while having lore that spans as large as Hogwarts’s long history.

With such a vast universe, it’s no wonder that whispers abound from all corners of the internet as well as real life about unspoken lore with regards to many things, one of them notably being Hogwarts. Not all explanations need to be shoved in your face, which is why subtlety exists, but it is inevitable for the books to be unable to cover everything since there is just so much to talk about. 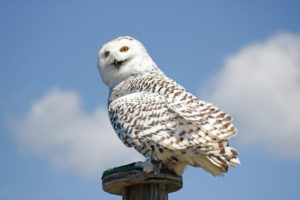 This is where the fans come in. Connecting the dots with as many things in the series as possible, they ask questions concerning some of the more nuanced subjects, such as the actual location of Hogwarts or if Muggle technology were truly banned.

Occasionally, however, fans may find themselves with incorrect information thanks to circulating rumors online or their own assumptions.

Combine that with people potentially misremembering things from the books, especially with how vast the lore is, and you can see how it is not an uncommon sight to accidentally get something wrong without even realizing it.

There are many, many misconceptions going about, making it impossible to cover them all, but we will be debunking the most common ones in this article.

1. Muggle technology is banned at Hogwarts. 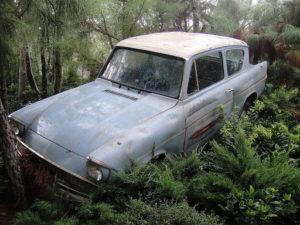 The wizards have a massive distaste for Muggles as well as their technology. They have assumptions that the usage of anything technologically advanced is meant to make up for an inadequacy in magic.

Their view of technology users is also condescending as they believe that there is no need to use telephones or dishwashers when your magic can do all that work for you and more.

Prejudices on Muggle technology aside though, there is nothing actually stating that Muggle technology is banned. Yes, it is looked down upon by most of the wizarding community, but it is certainly not barred from being used completely. Some Muggle technology has even been altered to fit wizards, such as radios being legally modified on a massive scale to broadcast wizarding programs.

Not only that but magic is also known to interfere with Muggle technologies powered by electricity. As a result, many Muggle technologies that run on electricity – such as smartphones, computers, and radars – will be unable to function at Hogwarts thanks to its high density of magic. This can be averted, however, with magical modification on some devices, like the radio mentioned earlier.

2. Hogwarts is the only wizarding school to exist in the world. 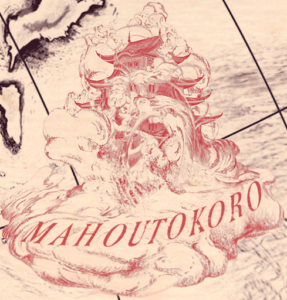 However, there are, in fact, many wizarding schools all across the world, ranging from the United States, where the wizarding school of Ilvermorny exists with its own four Houses to boot, to the Middle East and Asia, where wizards and witches ride magic carpets instead of broomsticks (except for in Japan).

3. Hogwarts is located in England. 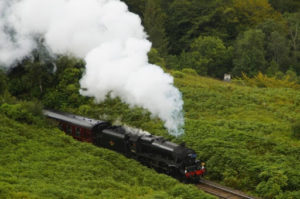 Many of Harry Potter’s iconic moments at the school were filmed at Alnwick Castle, which is in England.

However, in the books, Hogwarts is actually set in the Scottish Highlands, and this is where the Hogwarts Express rolls up on September 1.

The train trip from London takes quite some time: They pass Peebles, which is well into Scotland territory and beside Edinburgh, while no visible U-turn is shown. It would also explain why many Scottish locations can be seen in the films.

4. Slytherin House is destined to birth evil wizards and witches. 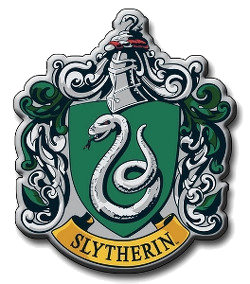 This is more of an association fallacy than anything. The common belief is that Slytherin House will always give birth to evil wizards. It is where most of the villains in the Harry Potter universe come from after all.

However, this belief is not because of Slytherin House actively encouraging its students to be villainous. The only remotely factual thing related to the House is Slytherins being more clever and likely to get their hands dirty to attain their goals, which fits their “the ends justify the means” mindset, increasing the chance that they would backstab others if it would be advantageous to them.

Yet nowhere does it say that Slytherin House accepts people who are good at murdering and betraying, something many of the villains do.

It just so happens that the people who have these personalities are also Sorted into Slytherin.

If they were instead Sorted into Gryffindor – or heck, even Hufflepuff – people would look at those Houses in disdain too.

5. You can only get a Hogwarts acceptance letter on your 11th birthday. 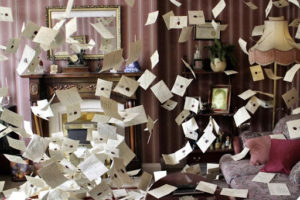 This is a very common misconception. Harry’s first Hogwarts acceptance letter actually came a week before his 11th birthday, but he could not read it until Hagrid personally delivered the letter to him on his birthday.

It is instead more likely that the letter can be delivered between your 11th birthday and the summer of that year.

If you have a late birthday (such as in October or November), your letter will instead come to you in between that day and summer next year, meaning that you will only be able to enroll next year.

It also explains how Hermione was almost 12 when she started studying at Hogwarts.

6. Ravenclaw House’s symbol is a raven. 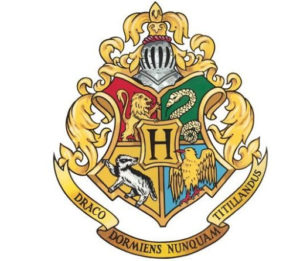 This is a debate that has confused many, and it does not help that the film also shows the symbol as a raven, further fueling the confusion.

The books have actually mentioned this fact multiple times, meaning this mistake is usually more pronounced only for those who have only watched the films – thanks to the filmmakers changing the animal on the symbol.

As for the name “Ravenclaw,” it’s not actually related to the animal but is rather the name of the House’s founder, Rowena Ravenclaw, as it is with the other three Houses.

And there you have it. There are many more misconceptions out there about Hogwarts but none more pronounced as these, and hopefully, we’ve helped straighten out your knowledge of the wizarding world a little more.

With that knowledge in mind, why not take this Hogwarts House quiz to find out which House you rightfully belong in? You now know that being part of Slytherin House doesn’t immediately make you evil, so there’s no need to feel like a villain if you get Sorted into that House. Perhaps you might even meet some like-minded and resourceful friends there.