The Venice Film Festival: The Lineup, the Actors, and the Diversity

The Venice Film Festival is ready to make a splash this year. It’s one of the first major events to make a comeback in the wake of COVID-19. This year, the festival will take place from September 2 to September 12 instead of the usual end-of-August timeframe. However, the fact that it will be an in-person event might make up for a few days’ delay. Reduced attendance and social distancing rules are expected to be put in place.

The lineup for this year’s festival may also be a little slimmed down, but that doesn’t mean it isn’t amazing. A number of features from all over the world are set to make appearances. You might even recognize a few of the actors and directors.

The Duke stars Jim Broadbent (Professor Horace Slughorn), Dame Helen Mirren (The Queen), Fionn Whitehead (Dunkirk), Matthew Goode (The Imitation Game), and Anna Maxwell Martin (Becoming Jane). The story replays real-life events of a taxi driver who steals a Goya painting from the National Gallery in London in 1961. Right off the bat, it may not seem like this movie has a lot to give. But The Duke may just have what it takes to put on a good show. 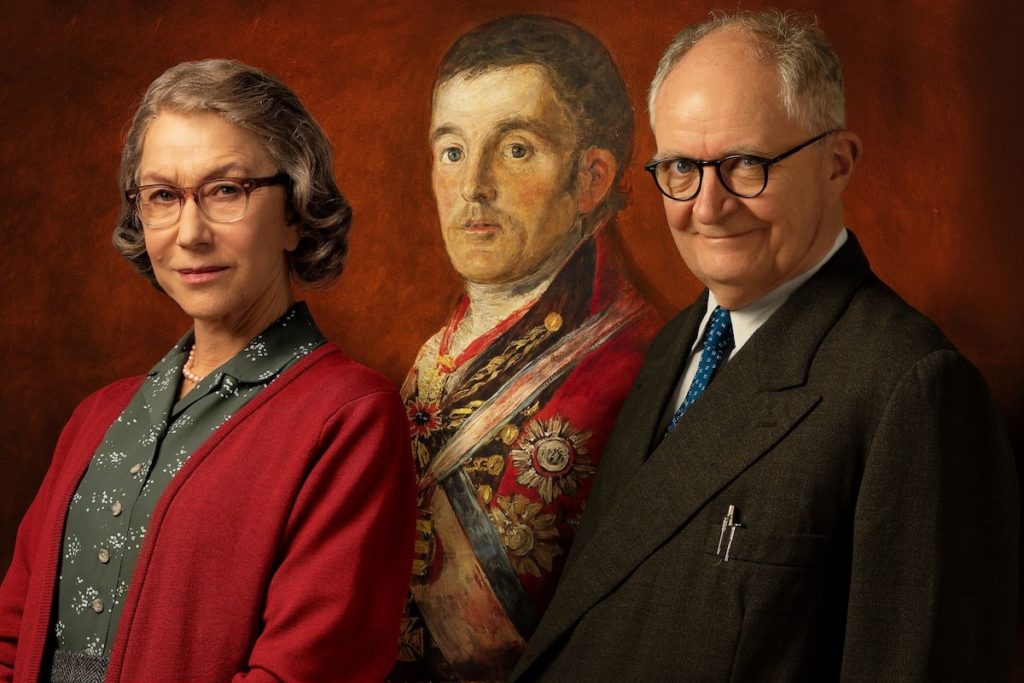 For starters, it’s a dramedy. One could argue that a combination of the two is exceedingly better than being separate. Second, the actual story of the theft itself is a bit of a comedy. The 60-year-old taxi driver, Kempton Bunton, was the only person to ever pull off a successful heist of the National Gallery in London. He sends a series of ransom notes asking for a generous donation to be made to charity so senior citizens would be provided with free TV services. After several years and a series of odd twists in the story, the painting was ultimately recovered and returned to the gallery. We don’t want to spoil too many details for you. You’ll just have to watch The Duke to see how the story resolves.

Another film to keep an eye out for is The World to Come. The cast includes Katherine Waterston (Tina Goldstein), Casey Affleck (Manchester by the Sea), and Vanessa Kirby (Mission: Impossible – Fallout). In the isolation of the 19th-century American East Coast, two neighboring families are tested by the landscape, which proves to be a challenge both physically and mentally. The two wives begin forming connections with each other in an attempt to ease their loneliness. The World to Come is based on the short story of the same name by Jim Shepard.

Director Mona Fastvold brings the film to life. She is one of many more female directors to showcase a piece at this year’s Venice Film Festival. In the past, event organizers have heard criticisms of a lack of gender diversity in lineups. Almost half of the 50 directors in the 2020 lineup are women. In 2019, only two female directors were named for competition titles. That doubles the number of competing titles from the previous year. In case your math skills are a little rusty, that’s one competing female director in the 2018 lineup. After criticism of the bleak numbers, Venice artistic director Alberto Barbera decided to sign the 50/50 by 2020 pledge in 2018. The pledge fights for more gender equality and representation in the film industry, essentially bringing a greater number of women to the forefront. While signing the pledge doesn’t strictly require an equal balance of male and female directors, Barbera and the Venice Film Festival made good on their words to include a wider range of filmmakers this year.

The full lineup for the festival has been released, which you can view online. Films from China, France, India, Iran, Italy, Japan, the United States, and so many others are expected to show.