Now, this is a brand-new event for the Wizolympics. Centaur-wizard relations are at an all-time high, and we listened when they said they wanted to join us in our celebrations of all things sports. We’ve got centaurs from all over the globe here today – that’s right, folks, this is a centaur-only event, no humans allowed – and I had the chance to chat with a couple of our competitors while we set up some of the trickier targets (I heard something about escaping Bowtruckles, but more on that later). 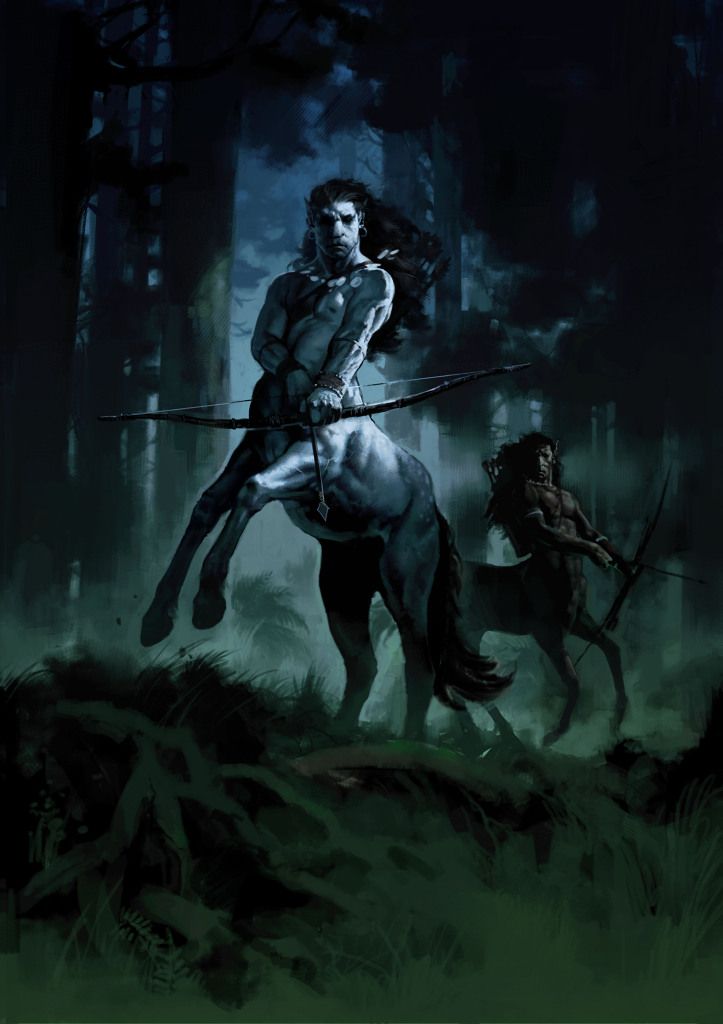 Agrafina, all the way from the British Forbidden Forest Centaurs, told me the planets predicted a clear win for her today, so she’s looking bright-eyed and frisky-footed. But Craig of the previously unheard-of Canadian Boreal Centaurs tells me that the Forbidden Forest herd has a thing or two to learn about predictions, so we’ll see who can read Venus’s relationship to Saturn best when they hand out the medals! Anyway, all eight of our centaurs are lined up and rearing – ahem, ready – to go. The flag-bearer’s struggling a bit to raise the flag but – oh! They’re off!

Now, I see some scoffs from the audience, some fist-shaking at the judges for the traditional setup of this course, but I think they’re being a little hasty because – aha! Those hay bales aren’t made of hay at all, but of Bowtruckles, and they’re moving the targets all over the place! Chiyo of the Bamboo Forest Centaurs, playing on home turf here, seems to be taking the moving targets in her stride – she’s got two arrows just shy of the bull’s-eye and – yes! That’s a center hit! The flag-bearer is making another attempt to raise the flag, which means this round is coming to an end with Chiyo taking a clear lead. Whoops! Looks like I spoke too soon. Eon from South Africa – apologies, the Outeniqua Mountain Centaurs – has shot three perfect hits. The flag-bearer raises the flag and we reach the end of the round. We’ve got some tired-looking competitors, the Canadian competitor in particular. Wow, that’s a lot of sweat. We’ve finished Round 1 with the Outeniqua Mountain Centaurs in the lead with 30 points, the Bamboo Forest Centaurs in a close second with 28 points, and the Forbidden Forest Centaurs in third with 20 points. Let’s see what the next round brings us! 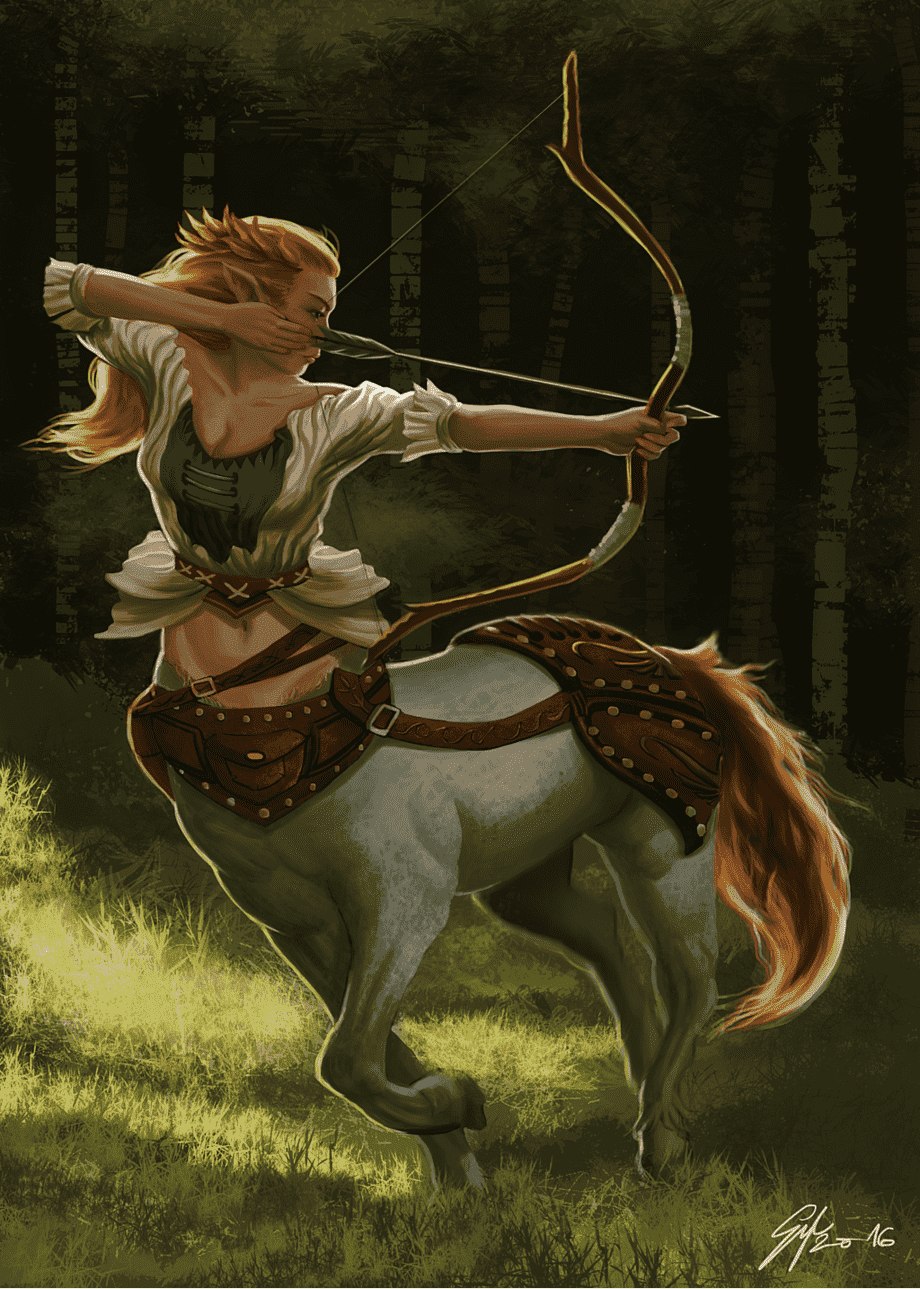 All right, we’ve moved away from our Bowtruckle targets – I hope that audience member who enlarged her eyeballs with the Bulbus Oculi jinx is okay. The Bowtruckles seemed unperturbed by her Bubble-Head Charm. Everyone is ready to go for the flying target round – yes, you heard that right. Targets have been affixed to pixies wearing padded armor. It looks like the pixies have been released! Here comes Craig of the Boreal Centaurs. He takes aim – oh wait. He seems to be having some sort of malfunction with his bow. Is it caught in his hair? Well, whatever it is, he’s been left behind as the rest of the centaurs race forward to try to shoot a pixie target. I’m not seeing a lot of successes here. Agrafina’s prediction is not looking especially accurate right now. Do we have any hits? Aha! It looks like Arwa of Yemen’s Red Sea Centaurs has connected with a target. Unfortunately, it would appear that the padded armor wasn’t sufficient enough to stop her arrow from taking out the pixie as well. We may have the Mandrake Liberation Movement on our backs for that… but there you have it! The Red Sea Centaurs move up to third place for Arwa’s well-placed – sorry, tragic – hit, bringing her up to 23 points. 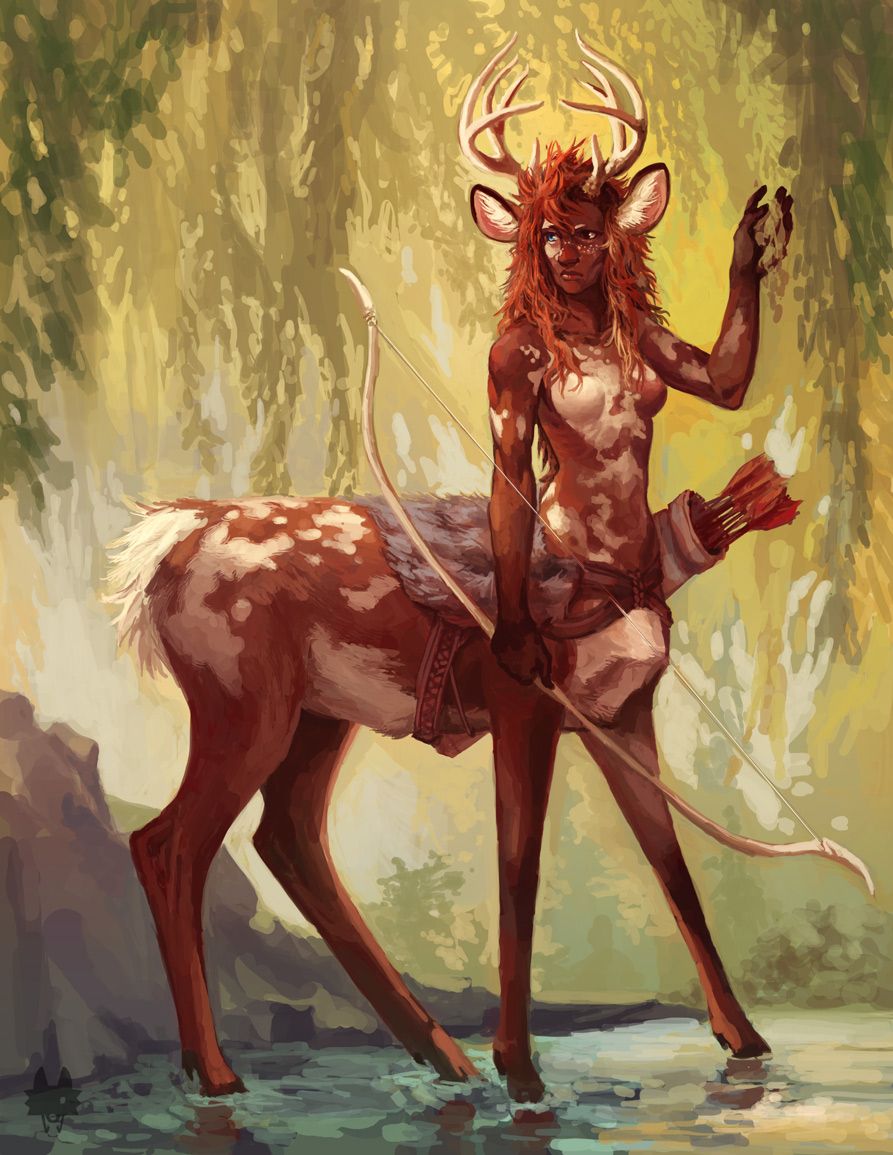 Agrafina of the Forbidden Forest Centaurs has trampled her bow in frustration, and we’ve somehow lost Craig of the Boreal Centaurs, but the flag-bearer is signaling and the last round has begun! The targets are spelled to change size according to the birth stars of the archer, so the competitors are running around trying to find a target that won’t shrink when they get close. Whoops, we’ve got a collision between Chiyo and Arwa. Looks like a nasty sprain on that hoof, yikes. But Eon has found his target! He’s landed one, two, three arrows in the center! Goodness me, that’ll be hard to beat. We’ve got only a minute before the end of the round and it’s over!