So you are interested in Sirius Black. Us too. There is something about this mysterious charming a****le that sparks a multitude of questions. We tasked (read: she begged us) our newest staff writer to answer some of the internet’s most probing questions about the man, the myth, the undeniable sexual enigma: Sirius Black.*

*Disclaimer: When we say “the internet,” we mean the first questions we found and thought “Alright, these will do.”

Buckle your seat belts. It’s about to get personal and largely biased.

Was Sirius Black a likeable person?

This is up to you really. If you are asking my boss, then no. Definitely not. However, I for one love him. And I don’t say that lightly. He is interesting and deftly loyal, and I imagine a night out at the pub with him would be an “experience.” (Be sure to bring your passport and extra socks.) He also has an amazing amount of mental strength if his survival in Azkaban is anything to go by. Do his actions somewhat make you question his morals? Yeah. However… And this may be a stretch: He rebelled against a family who was pushing him to “the dark side,” still believing in equality and freedom; he championed what was right and fiercely stood up to those who he understood were trying to make the world a darker place; and he would die (and he did) for those he loved. I think this is really all that matters in the end.

Did Sirius Black know that Harry Potter was a Horcrux?

No. I think not. Firstly, Sirius showed he cared so much about Harry and wanted him to be a part of everything. I believe he would have told Harry before dropping everything to try and help. Secondly, Horcruxes were not widely talked about in the wizarding world, and though the Black family may have understood what they were, Sirius did nothing but refute everything they taught him and ran away when he was 16. It is also interesting to note that Sirius did say his parents, though they thought Voldemort had “the right idea” in regards to blood purity, didn’t necessarily agree with his methods. Killing for sacrifice I do not think would have come up at Black family dinners.

Why did Sirius Black say, “Nice one, James” to Harry in the veil scene in the fifth Harry Potter movie, but in the book, he just said, “Nice one”?

What type of person would Sirius Black fall in love with?

Me. No, but seriously. If he let himself fall in love, I believe he could fall for anyone he was attracted to. It would be whether they could put up with him and had enough energy to deal with and understand his arrested developed state.

What, if anything, was wrong with Gary Oldman‘s Sirius Black in Harry Potter? 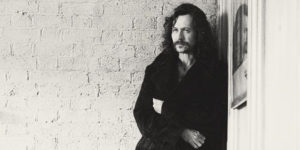 From what I have heard, the fact he was too old. Sirius was supposed to be 33 in Prisoner of Azkaban, and Gary was touching around 45. Also, Gary (love him) was calmer and more “together” than the Sirius we knew from the books, who was a more juvenile, erratic, slightly alcoholic man.

Did Dumbledore know that Sirius Black was innocent?

No. There are a lot of harsh criticisms of this, but like his methods or not, Dumbledore was consistent in fighting for the innocent. Alternative point: Remus didn’t question his innocence, and he knew Sirius far better than Dumbledore.

What if Sirius Black had lived?

If Harry had Sirius – as already suggested by the internet – he would have had a far easier time in Half Blood Prince and Deathly Hallows.

Would Mundungus have raided Sirius’s house? Would the locket have ended up in Umbridge’s hands? Would the trio have even needed to infiltrate the Ministry? The possibilities are endless. I believe that, once declared innocent, Sirius would have given Mundungus all the Black family artifacts out of contempt for these objects so steeped in his hated Black family history. So Umbridge may have ended up with the locket anyway. But that begs the question: Would Sirius then have joined the Horcrux hunt? If Grimmauld Place was to be Horcrux hunt headquarters, then he most likely would have, prompting the mystery of R.A.B into the light where we may have had a heartbreaking storyline of Sirius finding out his little brother was actually a good dude. However, the trio only ended up at Grimmauld Place out of necessity. They hadn’t planned originally where to base themselves. Perhaps the camping part of their journey would have started earlier, and Sirius would have been like Remus, out of the loop and willing to drop everything to be involved.

I think the major difference though is the fact that Harry would not have felt so isolated. According to J.K. Rowling, Harry needed to go on this journey alone – not without Ron or Hermione but without family, adults, or comforting mentor support.

What do you think? Do you have any burning questions about the Marauder that you would like answered in varying degrees of research and effort? If so, send them in!