Muggle quidditch is back not only in the United States and Australia but also in the United Kingdom. Teams started training on August 1 with guidelines, which were updated on September 16.

Guidelines are divided by country for England, Scotland, and Wales. In England and Scotland, the current maximum number of people per training is six. In Scotland, there is an additional condition that the six people must come from no more than two households. Clinically vulnerable people can attend trainings in England and Scotland, but it’s not recommended. In Wales, clinically vulnerable people should not attend training, but the maximum number of people is 30. 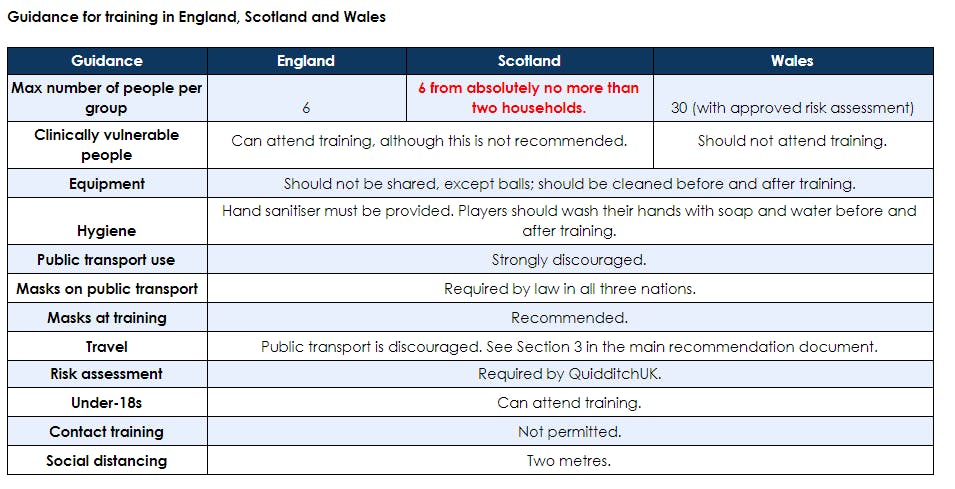 The rest of the guidelines are the same for all three countries. Pieces of equipment should not be shared except the balls, contact drills are not permitted, and the players should keep a distance of two meters, or approximately six and a half feet, from one another. QuidditchUK also provided recommended drills for a small number of people. 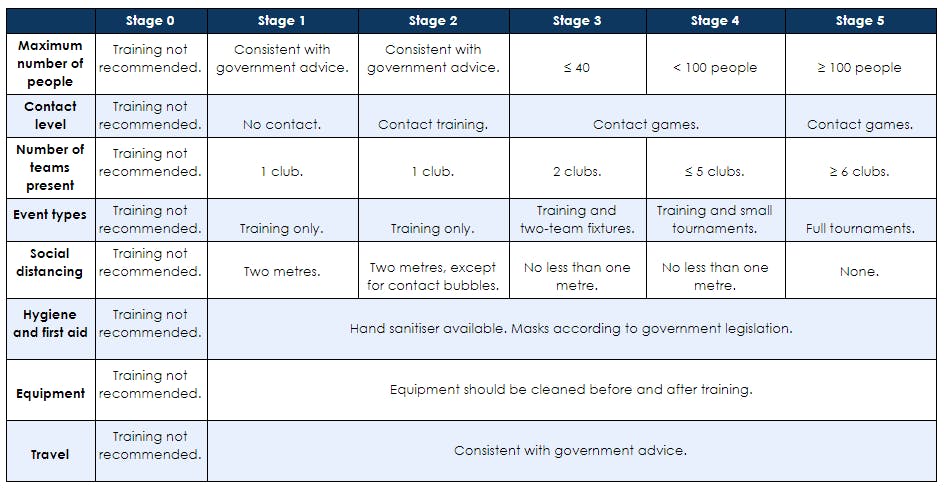 Meanwhile, QuidditchUK made the decision to not host any tournaments in 2020. That means that there won’t be a Community Fixture in October or a University Cup in November. There is a question of if tournaments such as the British Quidditch Cup and Development Cup will happen in spring 2021. The Executive Management Team will make the decision when there is more information about next year’s situation.