QuidditchUK (QUK), the national governing body for Muggle quidditch in the United Kingdom, has launched an urgent fundraising campaign.

According to the financial report from the 2019–2020 season, QUK has to start the new 2020–2021 season in an uncomfortable financial position. There are a few usual costs for Muggle quidditch, such as sport insurance, equipment storage, legal fees, and website or digital hosting services. The British Quidditch Cup from the previous season usually covers these costs, but the last one was canceled.

After QUK used all its financial reserves, it had to fundraise by selling memberships starting the month of November. Purchasing any membership can help. Membership should cover any payments for the 2020–2021 season and player membership on the official team for European Quidditch Cup 2021. 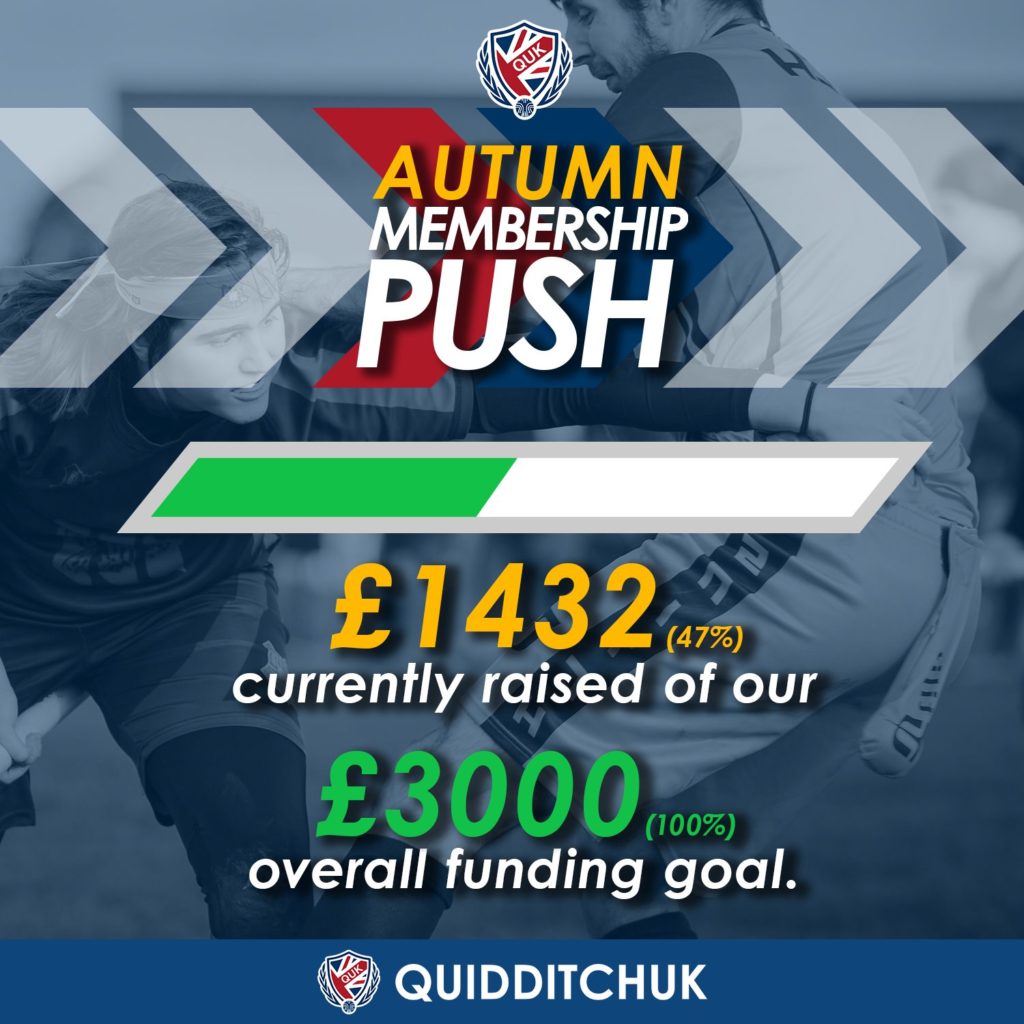 Currently, it doesn’t look good that the fundraiser’s goal will be fulfilled. QUK posted that only 47% of its goal was met by November 23. That’s only one week before the end of fundraising, when QUK will need money.

We need your help. For QuidditchUK to continue running, we need at least £3000 by the end of November to cover operational costs such as storage, liability insurance, and website hosting. It [will] allow us to keep up with the releases of new resources that are accessible to clubs and their members through this difficult time.

Meanwhile, QUK is organizing the British Quizzitch Cup on November 26. It’s a community event as compensation for canceled tournaments and an opportunity for quidditch players to meet. Teams will compete for the title of “national champions of Quidditch Knowledge.” Contestants can pay what they want as an entry fee, but the suggested price is £2. The profit from the event will be split between charity and QUK.