Dame Emma Thompson (Sybill Trelawney) has been promoted from professor to headmistress. While Ralph Fiennes (Lord Voldemort) was previously rumored to take the role, we are happy to confirm that it is actually Dame Emma who is set to play Miss Trunchbull in Netflix’s upcoming screen adaptation of the hit West End show Matilda the Musical, which is based on Roald Dahl’s popular children’s book Matilda.

The title character, Matilda, is a young, book-loving prodigy who battles with her parents and with her nemesis, Miss Trunchbull, a frightful and abusive headmistress. This will not be the first adaptation of the original book from 1988. Most of us know the story from its 1996 film adaptation starring Mara Wilson in the title role and Pam Ferris, a.k.a. Harry Potter and the Prisoner of Azkaban‘s very own Aunt Marge, as Miss Trunchbull. 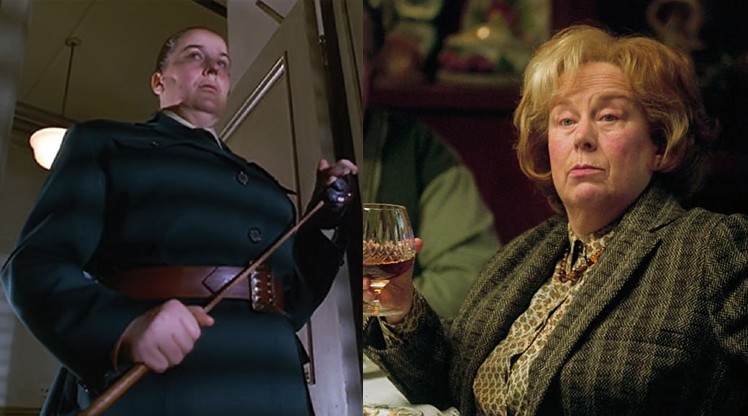 “The Trunchbull,” as the characters sometimes call her, is usually played by a male actor onstage. Original West End cast member Bertie Carvel got a Laurence Olivier Award win and a Tony Award nomination for his performance in 2012. Therefore, Fiennes may very well have been the one to make yet another generation of young viewers absolutely terrified of him. Luckily for Dame Emma, the honor is hers.

Matilda the Musical has enjoyed a roaring success since its West End opening in 2011 (COVID closures since last March notwithstanding). It also ran on Broadway from 2013 to 2017. Netflix and Working Title’s upcoming movie will not be merely based on the musical. The film will be directed by the live show’s original director, Matthew Warchus, and the screenplay is written by Dennis Kelly, who adapted the book to stage, which earned him a Tony Award and an Olivier Award, among other accolades. Australian musical-comedian Tim Minchin is also involved in the project, along with producers Tim Bevan and Eric Fellner. Miss Honey will be played by Captain Marvel‘s Lashana Lynch. Matilda will be portrayed by Alisha Weir.

We cannot wait to see Dame Emma’s performance and will be keeping an eye on news about the release date. Until then, we leave you with more good news: After Matilda the Musical, Netflix is planning on adapting more of Roald Dahl’s works, such as Charlie and the Chocolate Factory and The BFG.