Jack Thorne, the playwright of Harry Potter and the Cursed Child, has donated almost £250,000 ($342,132) to a food charity, matching the donations given by theatergoers who watched online performances of A Christmas Carol. The play starred Andrew Lincoln, who narrated the Quiddich Through the Ages audiobook, as the infamously coldhearted Scrooge.

Thorne’s most recent work includes the BBC’s television adaptation of Philip Pullman’s His Dark Materials. Back in 2017, he wrote the script for the play A Christmas Carol, altering it from Charles Dickens’s original storyline by making the three ghosts of Christmas female, with each symbolizing a different emotion: sadness, anger, and love. 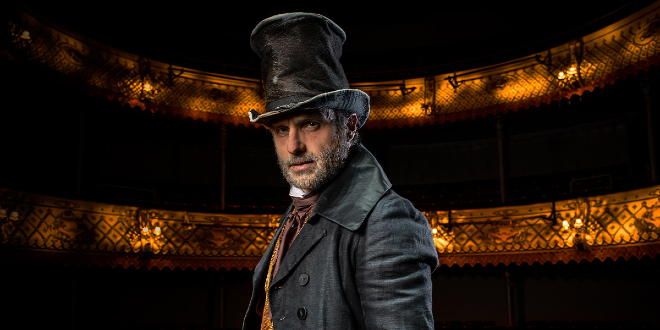 Andrew Lincoln as Scrooge in “A Christmas Carol”

For the last four years, A Christmas Carol has been performed every December at the Old Vic in Waterloo, England, and at the end of each play, theatergoers are encouraged to donate any spare change they have to go toward charity.

This year, Thorne pledged to match the amount raised by the online audience. The play’s director, Matthew Warchus, said that Thorne got “a lovely surprise” when he was told how much he would have to give.

Warchus believes that this incredible amount raised was partially due to the “ease and immediacy” the online performance gave in allowing its home audience to donate and because thousands of more people were able to watch the performances online compared to those who can watch in person due to the capacity of the theater itself. Warchus also commented on Thorne’s generosity.

He was absolutely delighted; I know it’s a hell of a lot of money, and it is extraordinary generosity on his part and his wife[‘s]. His email when we told him how much we raised was saturated with joyous swearing.

The money raised will be given to the charity FoodCycle, which supports those who struggle with affording basic food and loneliness. Every day, FoodCycle cooks these individuals tasty lunches and dinners in towns and cities across England.

Are you impressed by Thorne’s generosity? Are you looking forward to being able to visit the theater again when they are allowed to safely reopen?