The world got a peek into the private life of former Harry Potter star Rupert Grint when he announced the start of his Instagram page. Fans were quick to hit the follow button when he introduced the world to his newborn daughter, Wednesday. However, a newly published article from the New York Times takes a closer look into the world of Rupert Grint while discussing Servant, his latest adventures in fatherhood, and everything he’s been up to during quarantine. 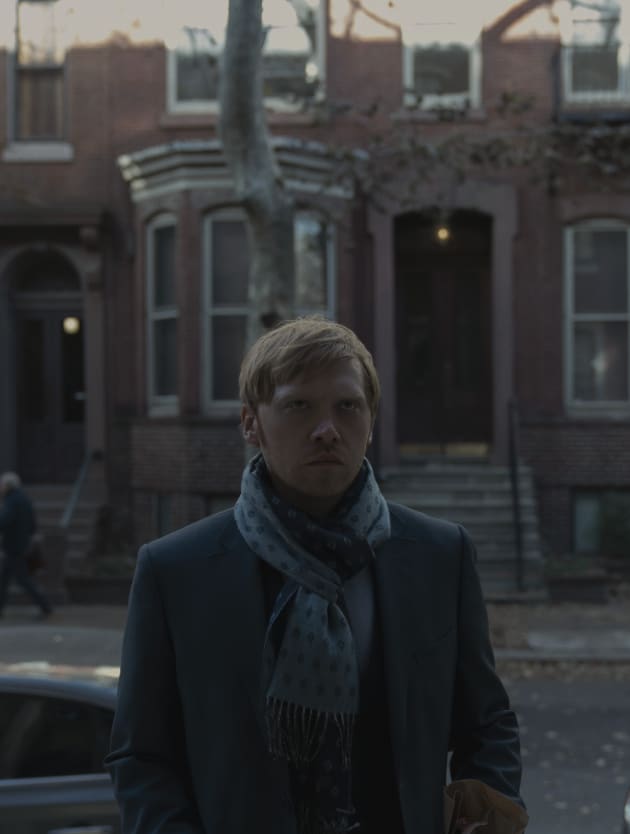 Servant, the psychological thriller from M. Night Shyamalan, keeps audiences feeling cornered and claustrophobic inside a Philadelphia brownstone where a family deals with a tragic loss, odd occurrences, and a haunting mystery. (Don’t worry – we’ll keep the spoilers to a minimum.) It seemed that the first season couldn’t get any creepier. But leave it to M. Night Shyamalan to knock your socks off with a twist or two. Rupert returns for Season 2 as the mildly cranky and brazen Julian Pearce. He says the timing of both acting in Servant and welcoming Wednesday into the world was weird.

I guess it’s not the best show to be involved with when you become a father. The set does have this kind of weird energy because the tragic event that has taken place does linger in the walls. I’d often feel a sense of relief when I snuck off.

But he gained a new understanding of what it means to be a parent and connected with the character of Julian’s sister, Dorothy Turner (played by Lauren Ambrose). He says, “It’s something I wasn’t aware of about love and how you’ll do anything to get your baby back.”

Season 2 of Servant will be released on Friday, January 15, and a third season has been confirmed by Apple TV+.

Since enjoying your days with your own baby is a much better way to spend your time, Grint revealed some of the activities he does with his daughter, Wednesday. He’s already started collecting books by Tomi Ungerer for her. Ungerer takes difficult-to-discuss topics and redesigns the concept into the style of a children’s book. Rupert discusses a prime example:

I think Wednesday is still slightly young for them, but we’ve got a massive library ready for her. And these are great books — so ahead of their time and so beautifully illustrated. There’s one called Otto, and it’s the autobiography of this [teddy] bear, and I was an absolute wreck after reading it. It goes through his whole life, but I guess you could say it’s really about Auschwitz and how the bear experiences the camp. It sounds not suitable for kids, but I think Ungerer is not afraid of showing the darkness of humanity.

After poking around through his Instagram page, we also see that Rupert follows the official pages for Elmo and Sesame Street. One can only assume he shares those with Wednesday, and they are probably more in her wheelhouse.

When he isn’t taking care of his daughter or acting, Grint takes time for himself in some newfound hobbies developed during the quarantine of 2020. He says creating miniature pottery caught his attention.

This has been a lockdown hobby that I’ve taken up. You actually throw pots on a proper wheel, which is about the size of a dollar coin. The wheel is something I’ve always been in awe of, just making something from something as raw as a blob of clay. It’s such a therapeutic thing, and you completely get lost in thought. They’re so quick as well. I’ve made some really cool things, like miniature vases, cookie jars, teapots. They’re an inch or a little bigger, kind of a doll’s house scale. They’re all completely useless.

He also enjoys playing The Legend of Zelda: Breath of the Wild on the Nintendo Switch. Rupert admits, “This game absolutely took hours of my life.” It’s almost not surprising that a Nintendo console made its way into Rupert’s hands, especially after the Nintendo Switch became an essential product for one of 2020’s many lockdown activities.

Are you excited for Season 2 of Servant? Drop us a line and let us know!