Gary Oldman, who portrayed the lovable and loyal Sirius Black in the Harry Potter film series, has opened up in a recent interview about winning his first Oscar and his latest movie, Mank.

The interview was conducted by journalist Baz Bamigboye in classic 2020 style – via Zoom. It shows that we are all human because even movie stars can’t get away from the annoyances of online communication – at one point, Oldman asked Bamigboye to adjust his camera because the top of his head wasn’t in the shot.

Much of the interview focuses on Oldman’s latest film, Mank. Oldman plays Herman J. Mankiewicz, a journalist who, in the 1930s, made his way from America’s East Coast to the West Coast, where he signed on as a writer for the Hollywood “talkies” (while films used to be silent, the late 1920s saw the transition to “talkies” – films with sound).

Known to his friends as Mank, he went on to collaborate with Orson Welles on Citizen Kane, which, 80 years after its release, is still deemed one of the greatest films ever made. Mank tells of how its title character wrote the famous screenplay while stuck in a ranch house in Los Angeles with a broken leg, penned scripts at studios in Old Hollywood, and met the likes of Charlie Chaplin and Marion Davies (Amanda Seyfried) along the way. 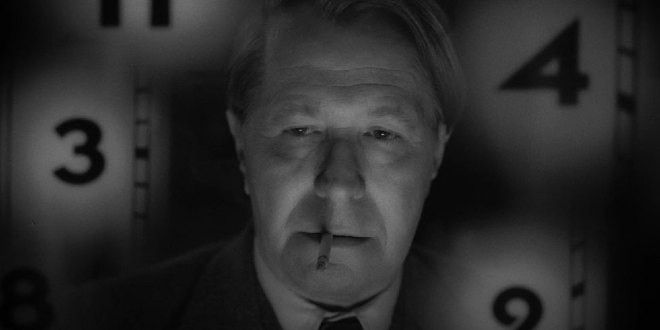 Alongside Mank’s talents, however, came alcohol-fueled behavior – something Oldman can relate to, for he also joined Hollywood along with a thirst for alcohol.

Oldman, who has been sober since 1995 after joining Alcoholics Anonymous, discussed the familiarity of Mank’s behavior.

You can’t dismiss the alcoholism. People who are not alcoholics will experience an emotion on a scale of one to three; the same emotion to an alcoholic could be a nine.

Oldman also commented on his difficult journey of moving to Hollywood in the 1980s and adjusting to his new life.

I made a few enemies along the way. But it’s good, isn’t it? To have a few. Yeah, I was a little cocky, probably. I mean outwardly. I don’t mean inside. There’s that old saying: alcoholics are egomaniacs with a low self-esteem. You have all the grandness, but actually, you’re dying inside. A little like Mank, I didn’t quite want to play the game.

Leaving Britain behind for Hollywood was controversial; he was criticized for his decision, and his Hollywood career didn’t take off immediately. However, his Britishness was confirmed within the interview by his doing something we have all realized we can do while on a Zoom call – sipping from a cup of tea.

It all changed for Oldman when he wrote and directed the 1997 film Nil by Mouth. It received BAFTAs and took home trophies at the British Independent Film Awards; meanwhile, Oldman was shortlisted for the Palme d’Or, the top prize at the Cannes Film Festival. The film is still so influential today that the British Film Institute is aiming to restore it, frame by frame, with plans to honor Oldman with a special screening.

This opened many doors for Oldman; he was asked to play Sirius Black in Harry Potter and the Prisoner of Azkaban, went on to portray Commissioner Jim Gordon in Christopher Nolan’s Black Knight trilogy, and finally won his first Academy Award in 2018 for his role as Winston Churchill in Darkest Hour. 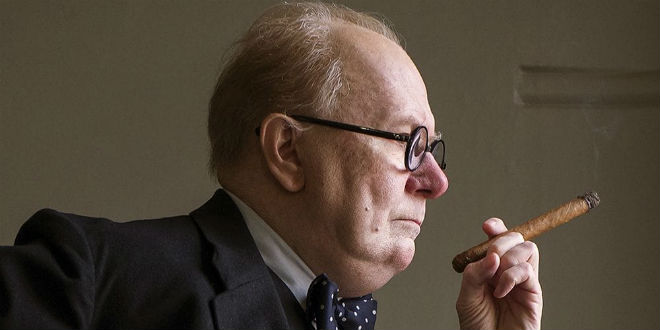 After 40 years of doing this, I still have to go to that place of ‘Oh, it’s going to be a failure’, and I have to have a little paddle around in that for a while, before I go to the deep end.

Oldman’s first challenge was perfecting Mank’s voice; he studied both Mank and his younger brother’s voices to get this right. Further challenges came with filming alongside the director, David Fincher, who knew exactly what he wanted for each shot and wouldn’t stop until it was right. But Oldman had no complaints: “That’s what I’m paid to do.”

Mank is now available to watch on Netflix, and you can watch the trailer below. Will you be watching Mank?