Harry Potter actors Pam Ferris, who played Aunt Marge, and Toby Jones, the voice of Dobby, have been cast in a new autobiographical play that will be performed through an online experience.

Over lockdown, dramatist Mark Ravenhill (famous for his adaptation of The Boy in the Dress) has penned an autobiographical play surrounding and named after his mother, Angela. She died in 2019 after a struggle with dementia and depression, as well as other challenges she faced throughout her life. The play cuts from an older version of Angela (played by Ferris) to a younger self portrayed by Matti Houghton. Jones plays Angela’s husband, Ted Ravenhill. Other actors involved in the play include Jackson Laing (young Mark Ravenhill) and Joseph Millson (older Mark Ravenhill).

Ravenhill was only drawn to an autobiographical play due to his mother’s death and explained that he was “particularly interested to explore the way culture high and low had impacted on [his] Mum’s life.” The play was inspired by “a series of encounters” Ravenhill had with books, music, and theater while growing up and explores how they affected Angela’s “sense of self” and her relationship with Ravenhill. 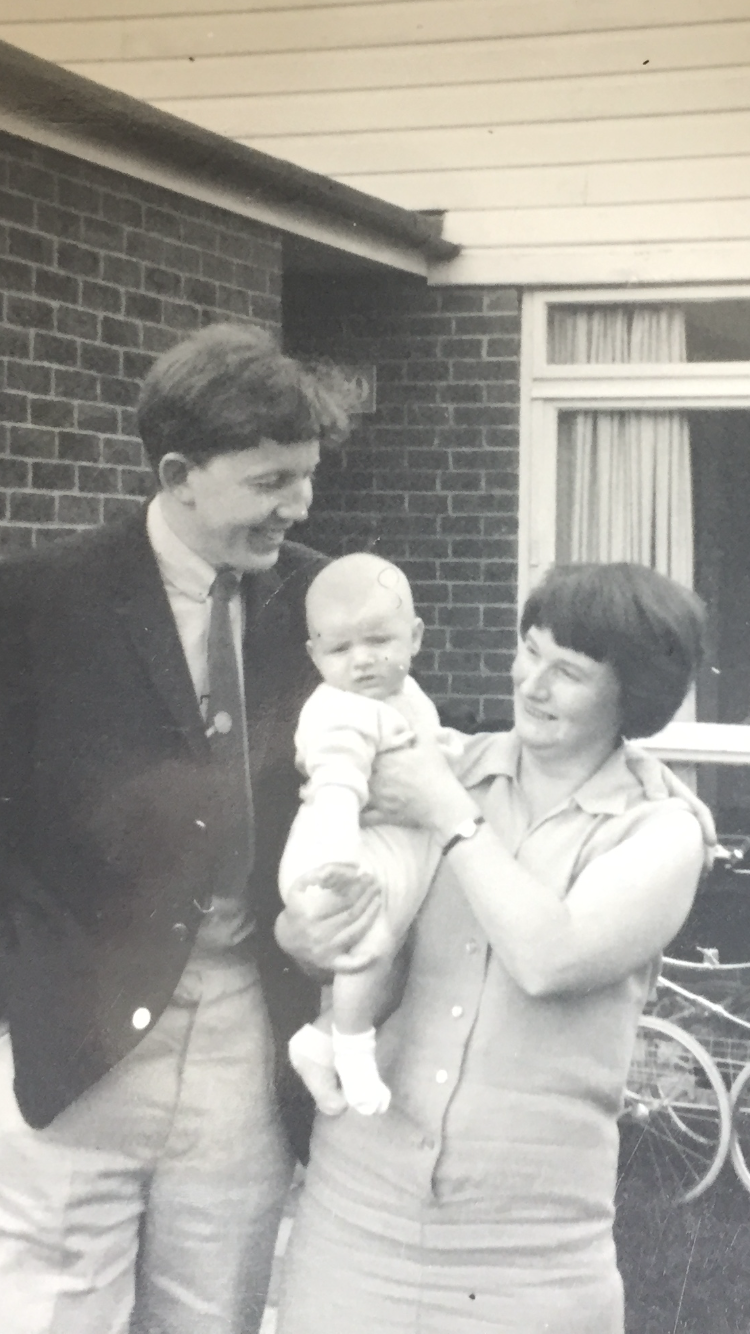 A baby Mark Ravenhill with his parents, Angela and Ted

The play will be performed from March 26 to March 28 via Sound Stage, a new platform developed by the Royal Lyceum Theatre Edinburgh, Pitlochry Festival Theatre, and audio company Naked Productions. It allows for the audience to enjoy theater from home, with the Lyceum’s artistic director, David Greig, describing it as a “virtual environment.” The experience could include meeting friends for a preshow catch-up or drinks in the virtual bar. Angela is one of eight shows set to preview through Sound Stage this year. Tickets for this event are on sale now via both the Lyceum and the Pitlochry Festival websites.

With famous actors and a well-known playwright, both the play and the new viewing experience are bound to impress. Are you hoping to tune in to a performance?