Helena Bonham Carter (Bellatrix Lestrange) had always looked up to her grandparents as elders, but for the first time, she had the rare opportunity to look to them as peers who were the key to all the unanswered questions about her family’s history.

Bonham Carter joins three other actors, Mark Rylance (Dunkirk, The Trial of the Chicago 7), Carey Mulligan (Skylight, Never Let Me Go), and Kristin Scott Thomas (Darkest Hour, The English Patient), in the PBS documentary My Grandparents’ War. Each episode follows one actor’s quest to learn more about their grandparents’ involvement in World War II, with Bonham Carter headlining the series premiere. Although it was first released in 2019 on Channel 4 in the United Kingdom, its airing on PBS starting on April 4, 2021, will be its debut release in the United States. 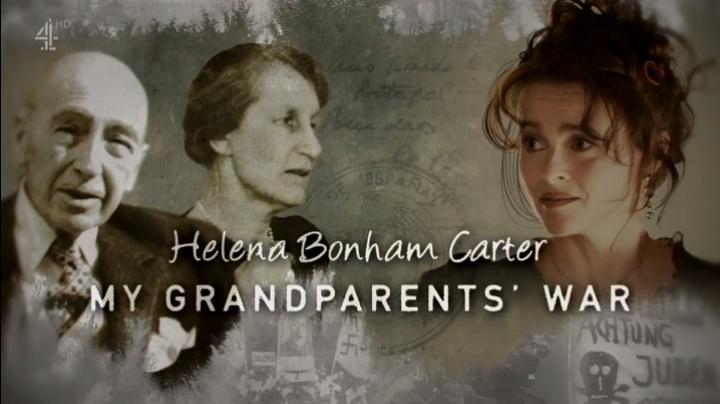 This project was particularly meaningful to the Harry Potter actress. As she explained to IndieWire, participating in it gave her the unique opportunity to discover her family roots and heritage.

I had a vague sort of an approximation, myths almost, of both my grandparents that we followed. This just filled in a lot of the detail and bought them very vividly to me. Violet, my grandmother, I would have been her age when the Second World War happened. So I met them almost as peers. It was really extraordinary.

The work of the research team made this journey of self-discovery even more powerful since their extensive research yielded unexpected finds of how the tales of the actors’ grandparents intersected with the lives of so many other people. Executive producer Tom Anstiss used the example of Bonham Carter’s grandparents to highlight the significance of this:

Our research team were amazing. They found [that] Helena’s grandfather saved a whole family, and the daughter went on to found UNICEF. That just shows how shows [sic] our history, from that period, still shapes the world we live in today. It really does.

Anstiss also recognized that these stories were “incredibly personal” to the actors, so he and his production team went to great lengths to preserve the authenticity of the exploration, allowing the actors to shape the experience with their questions and fascinations.

The research that all of the families gave to us at the outset gave us the bones on which to them build the [show]. But we listened very carefully to all the actors about what was emotionally important to them and what was important to find out. Then we plotted a journey based on what we thought they wanted to know.

Produced in commemoration of the 80th anniversary of the start of World War II, the four episodes of My Grandparents’ War promise to be filled with extraordinary stories of sacrifice, courage, and love even in the face of terror and tragedy. As Anstiss himself describes it, “It’s a prism to explore lots of really interesting chapters of social history.”

My Grandparents’ War airs on PBS every Sunday, starting on April 4, 2021.