Things We’d Love to See in a Marauders TV Show

If you’re a Potterhead but haven’t yet ventured into the Marauders fandom, you’re Siriusly missing out (at least that joke’s out of the way). What’s not to love? There’s friendship, romance, drama, and loads of comedy. With all the recent speculation in regards to HBO Max, I can’t help but fantasize about a show that follows the Marauders and their friends through their years at Hogwarts. I know for sure that I’d shamelessly watch the hell out of it.

For the producers sleuthing around fansites for inspiration, fret not. I’ve got some ideas all ready to go for you.

The high school drama genre hasn’t been quite up to the mark lately. Who better than the Marauders to breathe some life into this space? I bet those noisy Gryffindors threw some wicked ragers that would rock (sometimes quite literally) the whole school. For once, I’d love to see a Hogwarts sans all the murder and mayhem, with NEWTs being the biggest source of misery. 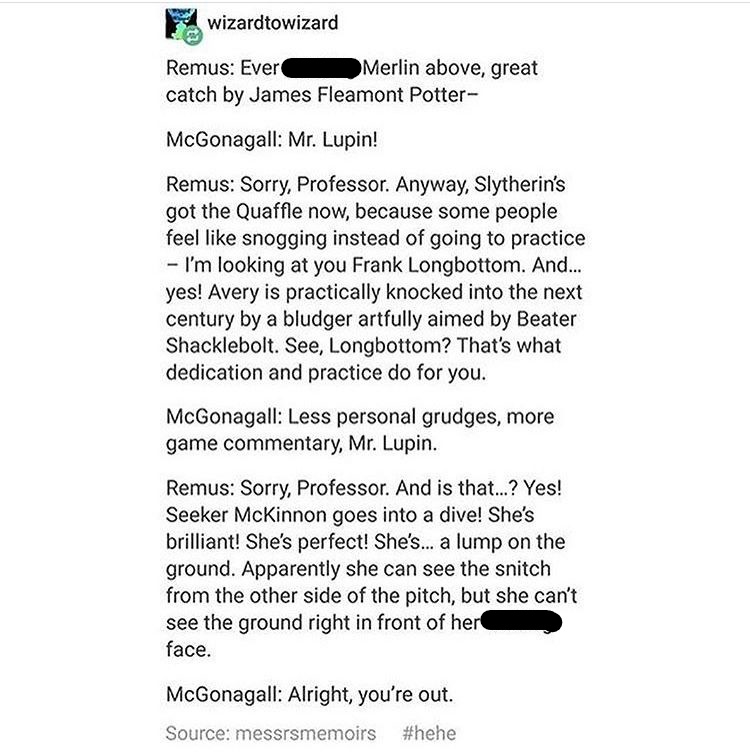 This is a no-brainer. There’s no way in hell that James Potter was any less of a nutcase about Quidditch than Oliver Wood (if not more). I’d pay good money to see James make a fool of himself while Remus commentates with his colorful vocabulary.

Who doesn’t want to see teenage wizards with critically low impulse control and chaotic imaginations wreaking havoc in an ancient castle? Imagine how fun it’d be to watch them plan, plot, and execute all the “marauding” that they were famous for. Also, can we all agree that for all the talk of the dumdum duo of Padfoot and Prongs, the real mastermind had to be Moony? It’s always the quiet, sweet-faced ones.

Amidst all the mischief, let’s not forget Minerva McGonagall, a woman who clearly doesn’t get paid enough. But underneath all that exasperation, she loves the boys with her whole heart. I’d love to see McGonagall be the unwilling mother of the Marauders, perpetually torn between beaming with pride and rolling her eyes till they’re stuck to the back of her skull.

With no orphans to manipulate, what did Dumbledore do with all his free time? What did he think of our obnoxious little pranksters? I can almost picture it – a cheeky Dumbledore trying (and failing) to keep his amusement hidden every time he walks past a suit of armor and it bursts into romantic sonnets.

Are they really your friends if they don’t spend years trying to transfigure themselves into animals to accompany you every full moon when you involuntarily transform into a vicious, bloodthirsty creature? The Marauders didn’t even let a murderous affliction stand in the way of mischief. I know I’m not the only one curious about all the shenanigans that Moony, Wormtail, Padfoot, and Prongs got up to on those nights.

Regardless of all the… feelings… that I have about Snape, I certainly don’t want him to be left out of the narrative, especially since he is such an important part of Lily’s story. It’d be nice to explore more of their friendship and watch it evolve (or rather devolve) over the years. Maybe we could get a little more insight into Snape’s life back at school – his personality, his social circle, and his altercations with the Marauders. 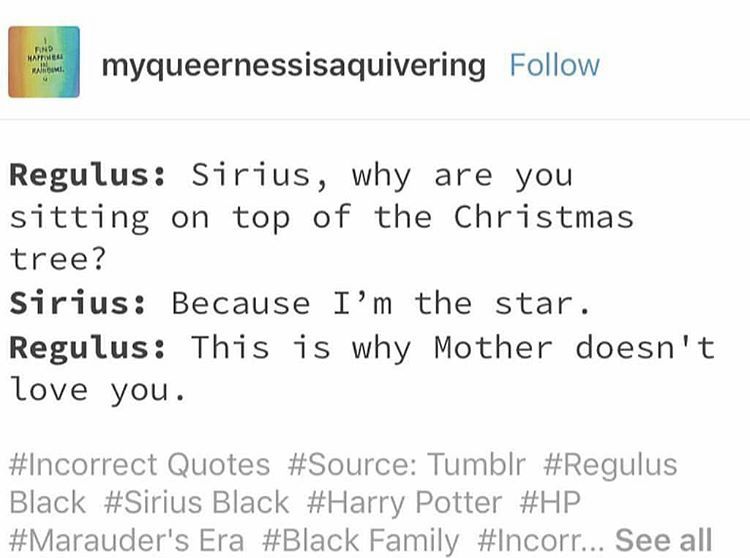 Everyone with a sibling can identify that tone in which Sirius talks about Regulus. You can’t convince me that the brothers weren’t secretly fond of each other. It’d be interesting to dive deeper into this complicated sibling rivalry and their reluctant love for one another.

Frank and Alice Longbottom, Marlene McKinnon, Dorcas Meadowes, Mary MacDonald, the Prewett twins… I’d love to get to know them all! And while we’re at it, why not throw some diversity into the mix? I never knew I needed a Desi James Potter until I met him, and now I can’t get enough of this lovable idiot making Bollywood references in his romantic proclamations for Lily.

You jokers really thought I was going to skip over a chance to gush about Wolfstar and Jily? It’d be nice to have our beloved characters explore their sexualities without the usual queerbaiting. The Marauders fandom has long been a community for inclusivity and diversity – sporting several ace, pan, bi, trans, and gender-fluid characters that are often missing from popular media. I wouldn’t have it any other way.

Since we’re on such a high note, why not take a slightly deviant route, skip over all the fascism and war nonsense, and have the ugly snake man with a pathetic anagram name get hit by the Knight Bus or something? Let everyone grow old, spawn armies of children, and live happily ever after.