What’s in a Name?: Albus Severus Potter and the Controversy of a Name

In the wake of Harry Potter and the Deathly Hallows, there was much to discuss, pick over, and argue about. And some of those conversations bring out the best and worst of our fandom. One of these major points ended up being something simple – the name of Harry and Ginny’s second son: Albus Severus Potter. So why was this such a pivotal point of controversy for the fandom, and what did it mean for the series itself? After all, what’s in a name?

Out of the three of Harry and Ginny’s children, it is Albus Severus Potter who got all the attention. Even though both James Sirius Potter and Lily Luna Potter draw their names from other relatives and important figures for Harry and Ginny, it is Albus Severus who raised eyebrows and turned heads. Perhaps this is because of the emotional and nostalgic weight of choosing to name Harry’s two other children after his own parents, creating a full circle that began with tragic death but ended with renewal and life moving forward.

2. What about Ginny’s loved ones?

After the reveal of Harry’s children, many questioned the choice of names. Some point to Ginny’s own loved ones – since while Luna is surely a meaningful choice for Ginny, none of her family members feature in these decisions. Perhaps being a part of such a large family, Ginny didn’t want to take names that could otherwise be used by her siblings. Also, maybe Ginny understood Harry’s desire to commemorate his own lost family: his parents and godfather.

3. From the Deserving to the Hilarious: A Fandom Divided

When it comes to other options for Albus Severus, the fandom has a list with no end in sight. There are so many options of characters who are deserving of commemoration that it has become one of the memes of the fandom. From other brave characters (such as Ron, Regulus, or Neville) to characters who did so much for Harry, such as Hagrid or Remus, the list grows ever longer. The list isn’t even limited to characters, but also includes spells that saved Harry’s life multiple times – who wouldn’t want to be called Expelliarmus Patronum Potter? 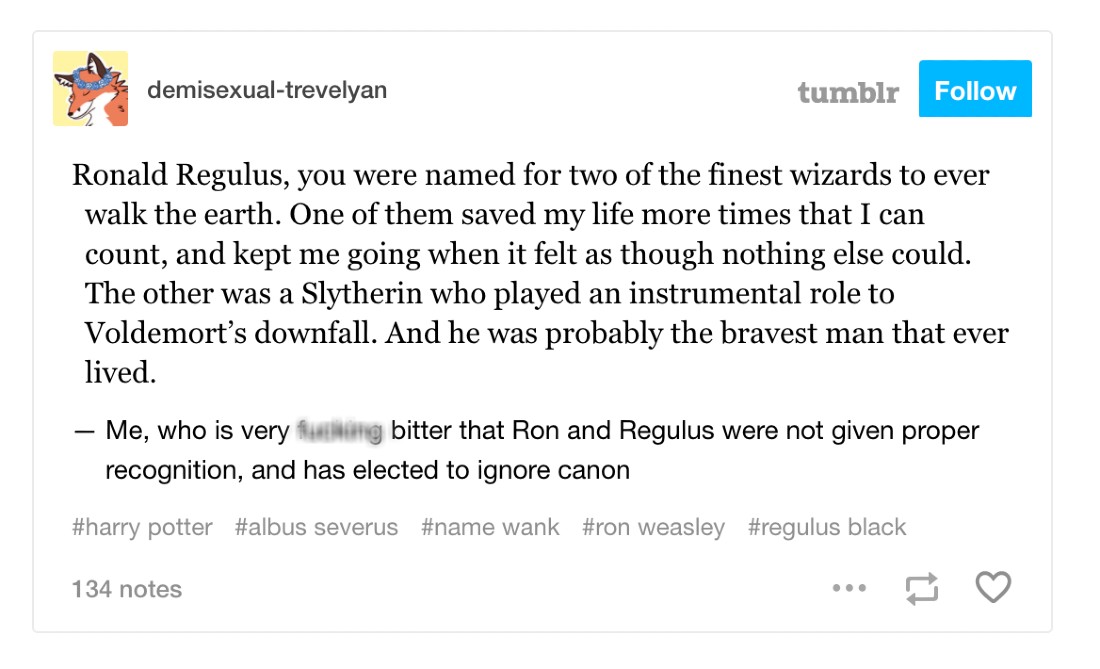 4. What about Remus Lupin?

Others point to the left-out Marauder – not Peter, obviously; we’re talking about Remus Lupin. While James and Sirius are included, Remus, who was a mentor and significant figure in Harry’s life, is not paid homage when it comes to naming his children. While this may seem like an oversight, there is actually a good reason. Remus’s child is Edward (Teddy) Remus Lupin, and perhaps that is why Harry didn’t use the name – so that he didn’t take its significance away from his own godson. Perhaps also, with Teddy being his godson, it felt as if Remus’s name already featured in Harry’s family. 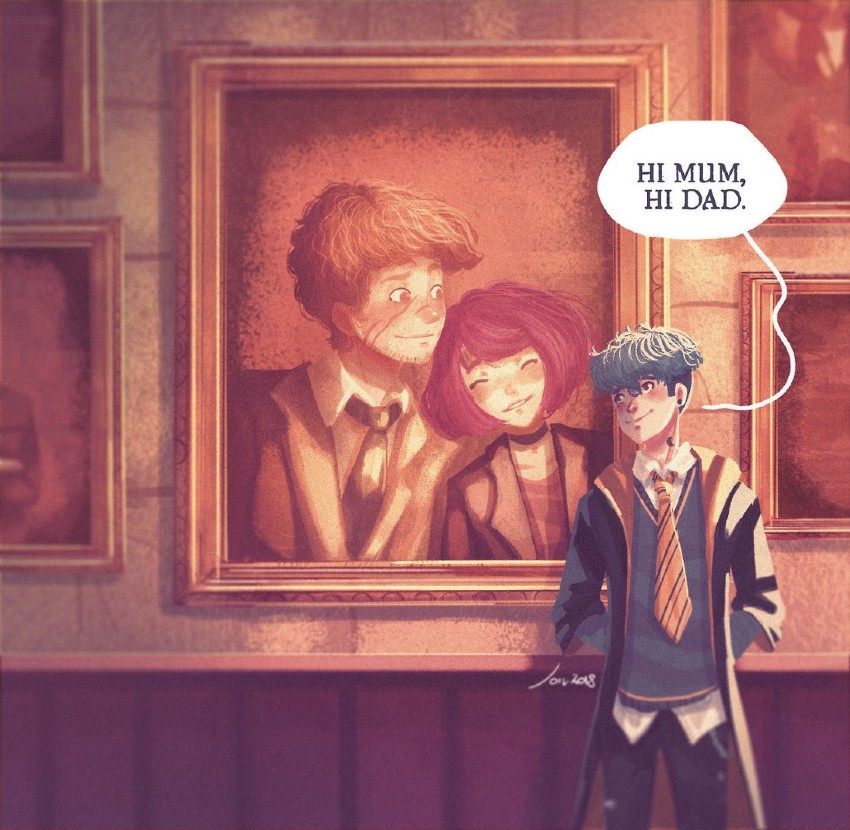 So why bestow a name so loaded with weight? Harry and Ginny naming their child after two controversial figures within the wizarding world may seem like setting their child up with an unreasonable burden. Severus Snape had his own checkered history, and Albus Dumbledore had his brush with infamy and public disdain. But perhaps this name signifies a desire to remember – to remember two figures who played significant roles in both wizarding wars. With a new generation emerging after this time of war, perhaps it was important to give a nod to two figures who ultimately gave their lives in the hope of overcoming Voldemort and his dark forces.