Matthew Lewis (Neville Longbottom in the Harry Potter films) is now a patron of a charity founded at his former school in Leeds, England. The Bambisanani Partnership is an award-winning charity that has done 14 years of pioneering work in rural South Africa. It is no surprise that Lewis, who is a rugby enthusiast, has chosen to support this charity since it uses sports as a catalyst to promote education, health, global citizenship, and leadership to young people.

This one means a lot to me and I’m thrilled to have been asked to be a part of this. Incredible work being done here at my old school and in South Africa, a country very close to my heart. https://t.co/jNs9oSEI8p

The Bambisanani Partnership was formed at St. Mary’s Menston at the time when Lewis was a student there. Since then, the University of Leeds and Leeds Trinity University have joined it in delivering a range of projects and programs in collaboration with South African partners. David Geldart, chair and founder of the partnership, said this about the actor, who auditioned for a role in Harry Potter and the Sorcerer’s Stone when he was just ten years old:

Matthew became involved in Bambisanani Partnership activities when he was at school, and despite his busy acting schedule, he has remained in contact ever since, supporting us in a variety of ways. Regardless of his fame and celebrity, Matthew remains a very modest, unassuming and well-grounded young man who wants to make a difference in the world. He really understands what the charity is about and the challenges that we face in South Africa; it is absolutely fantastic to have him involved in this formal capacity as our [p]atron.

While Lewis is isolating with his spouse in their Florida home, he hasn’t forgotten his roots and commented the following on his move to support his alma mater’s charity:

It’s a real honour for me to become the patron for the Bambisanani Partnership. Having attended St. Mary’s [Menston], I got to see first-hand the excellent work the partnership was doing in improving lives, not only in KwaZulu-Natal in South Africa but also here in the UK. It truly is a partnership where everybody involved gains and has their lives enriched.

Bambisanani is a Zulu word meaning “working hand in hand,” which encapsulates the charity’s philosophy. Over the past 14 years, the Bambisanani Partnership has worked on a range of projects with over 10,000 young people from South Africa and the United Kingdom, including student volunteers from St. Mary’s Menston, the University of Leeds, and Leeds Trinity. Lewis saw the charity’s work firsthand:

To quote [t]he Beatles, ‘the love you take is equal to the love you make,’ and I believe the Bambisanani Partnership is a perfect example of that. I’ve watched David Geldart and his team pour so much passion into this project and it go from strength to strength. I now feel very lucky that, more than a decade out of school, I am able to give something back and get involved myself.

Lewis didn’t just watch from the sidelines as a student. In fact, he is quite proud of his work at a charity match pictured in the tweet quoted above, to which he added, “Astonishingly, those pictures are from one of the rare occasions I turned out for the school team. A charity match for the partnership. We won. I scored. That‘s not important. But I did, though.” Can you spot him in the group photo? 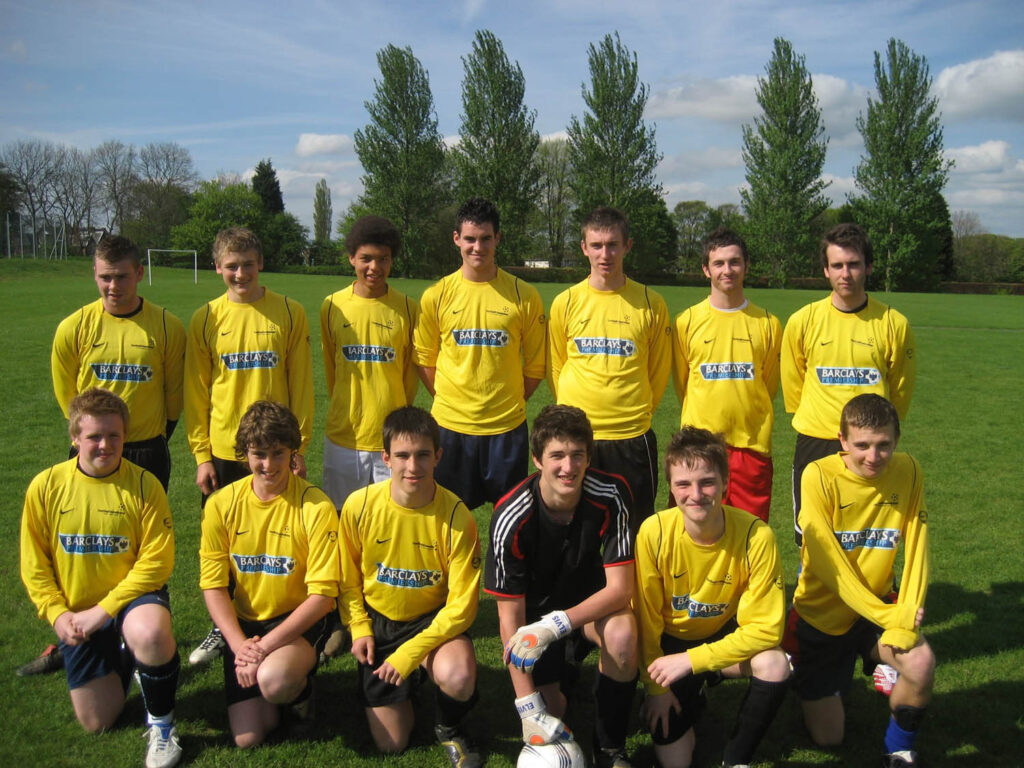 You can support and learn more about the Bambisanani Partnership‘s work on its official website. Don’t miss Matthew Lewis in his newest film, Baby Done, which is available now on YouTube, Google Play, and Amazon Prime.