Battle Dragons and Search for Weasleys This Month in “Wizards Unite”

Developer Niantic is ready to put Harry Potter: Wizards Unite players through a month of thrills, jokes, and family with their April events calendar.

Niantic kicked off the month with a bang, with the first April Adversaries Event featuring dragons! (Hagrid and Charlie would be delighted.) As of 11:00 a.m. PDT on April 2, players will find more opportunities to combat Foes, as well as a slew of bonuses and rewards to obtain.

As always, Adversary Encounters are only available for players at Level 15 and above.

For those players between Levels 4 and 14, there will be a special Baruffio’s Spotlight Event focusing on Baruffio’s Brain Elixir, which normally allows players to gain double the Wizarding XP for 30 minutes.

This Adversaries Event will take place throughout the weekend and end on April 5 at 11:00 a.m. PDT. It’s going to be a great weekend filled with dragon slaying! 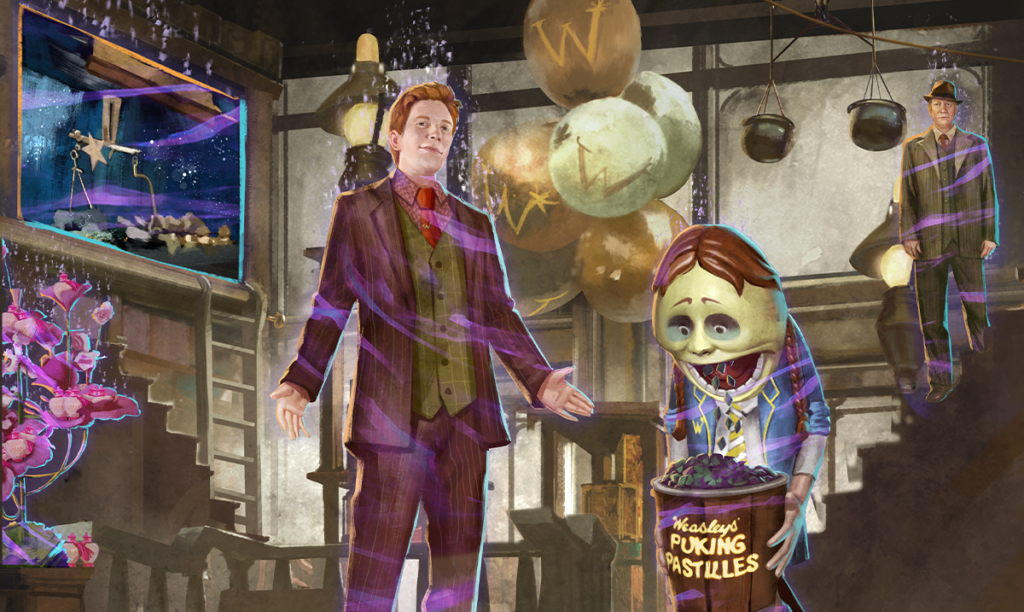 Immediately following the first April Adversaries event, the first Brilliant Event of April, titled A Weasley Predicament Brilliant Event – Part 1, starts. Beginning on April 5 at 11:00 a.m. PDT and ending on April 12 at 11:00 a.m. PDT, players will be tasked with finding the Brilliant Foundables that belong to the Brilliant Weasleys’ Wizard Wheezes. During this event, players will be on the hunt for Brilliant Proprietor George Weasley and Brilliant Puking Pastilles Display Encounters, Arthur Weasley as a Wizarding Challenge, a Love Potion Stand Task, and a Peruvian Instant Darkness Power Display through Brilliant Portkeys. 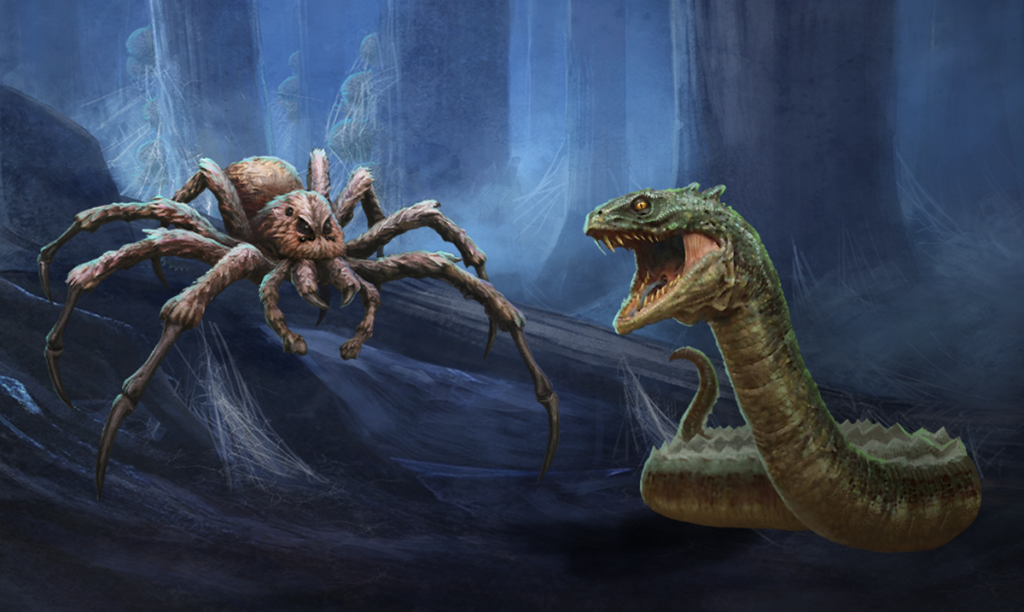 The second Adversaries Event in April 2021 begins on April 12 and features Aragog and the Basilisk. Both were introduced in “Harry Potter and the Chamber of Secrets.”

After you’ve managed to assist the Weasleys, the second April Adversaries Event commences after the Brilliant Event on April 12 and ends on April 15 at 11:00 a.m. PDT. During the second Adversaries Event, you’ll encounter Aragog and the Basilisk, the horrifying creatures introduced in Harry Potter and the Chamber of Secrets. We last saw the giant serpent being struck down by wizards in the first February Adversaries Event. As usual, players between Levels 4 and 14 will have access to a Baruffio’s Spotlight Event. 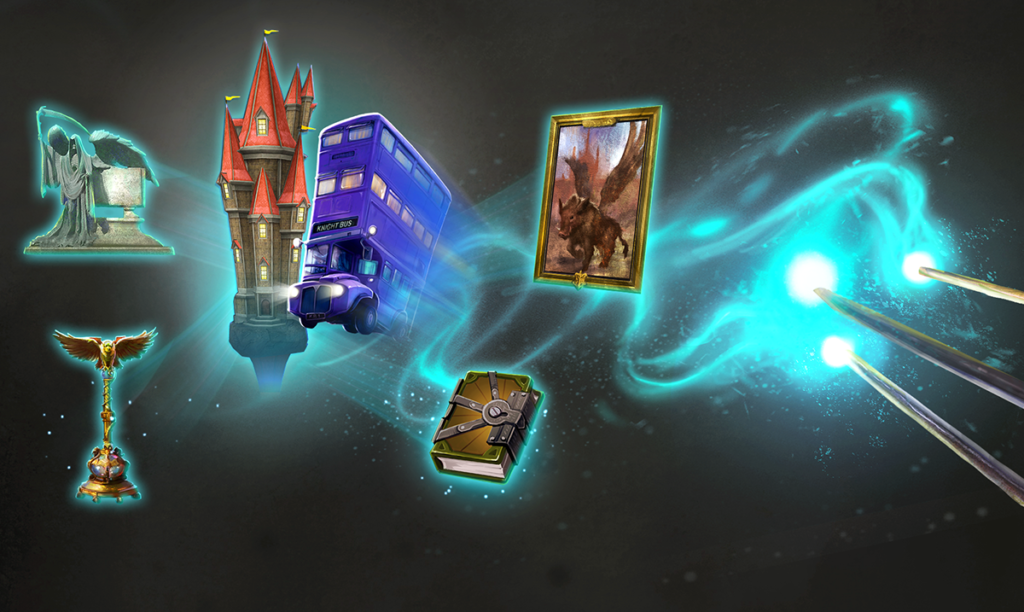 Expect increased encounters of the Owl Lecturn and the Portrait of a Wild Boar on the April 2021 Community Day.

The next event is the April Community Day, taking place on Saturday, April 17, based on your local time, starting at 12:01 a.m. and ending at 11:59 p.m. This Community Day will feature increased encounters of the Owl Lecturn and the Portrait of a Wild Boar. As always, there will be more Wizarding Challenges to complete. 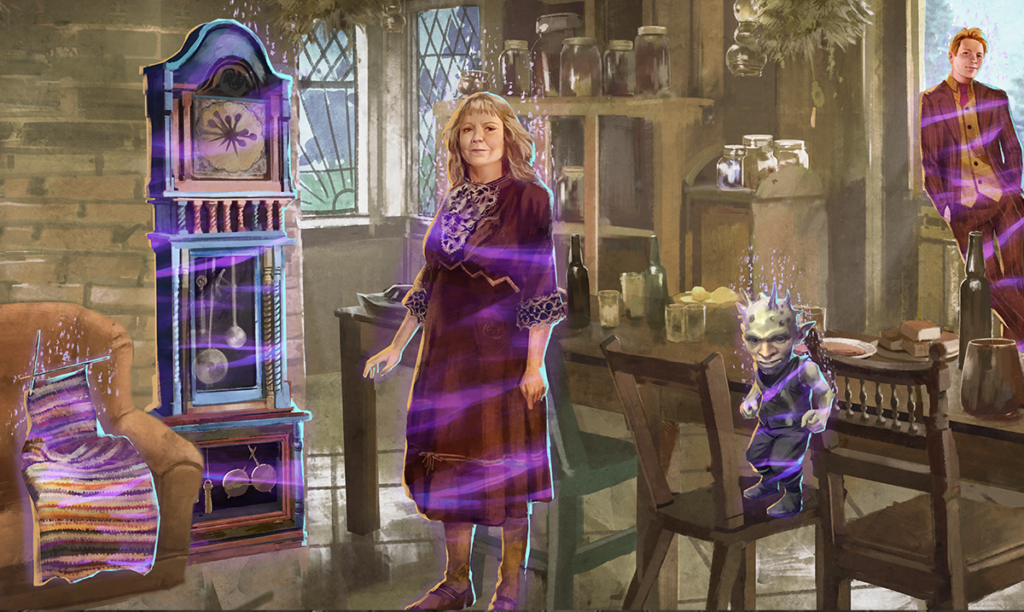 In A Weasley Predicament Brilliant Event – Part 2, you’ll be responsible for finding Foundables belonging to the Brilliant Burrow Kitchen such as Proprietor Fred Weasley and the Weasley Clock.

The last event of April brings back our favorite wizarding family. A Weasley Predicament Brilliant Event – Part 2 begins on Monday, April 19 at 11:00 a.m. PDT and ends on April 26 at 11:00 a.m. PDT. The Brilliant Foundables you’ll be seeking are from the Brilliant Burrow Kitchen, including the Weasley Clock and Proprietor Fred Weasley. The teaser image suggests that Molly Weasley will be involved, perhaps as a Wizarding Challenge like Arthur in the first April Brilliant Event.

Stay tuned for additional details regarding the second Adversaries Event, the second Brilliant Event, and the Community Day later this month!

Do you think that Niantic is trying to keep April Fools’ Day alive or melt your hearts with the Weasleys this month? Let us know in the comments and tag us on Instagram to share any fun Encounters in April.