The world of theater has not completely lost its mojo. On the contrary, the actor behind the Broadway production of Harry Potter and the Cursed Child‘s Albus Potter will soon bring his best Mojo Jojo from the beloved Cartoon Network series The Powerpuff Girls. Nicholas Podany has been cast to play the son of the popular ’90s cartoon’s main antagonist in the pilot of the CW’s brand-new live-action sequel. 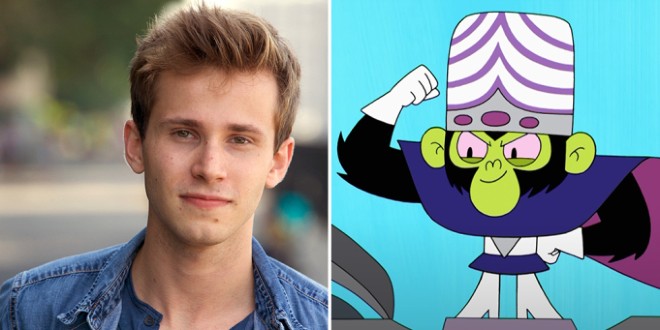 In the original cartoon series, Mojo Jojo was Professor Utonium’s chimpanzee sidekick who created the trio of Powerpuff Girls in an accident that also altered his own DNA, thus turning himself into a supervillain. The list of previously announced stars includes Chloe Bennet (Agents of S.H.I.E.L.D., Abominable), Dove Cameron (Dumplin’, After We Collided), and musical artist Yana Perrault as the lead Girls, while Donald Faison (Scrubs, Clueless) will play Professor Utonium. This is not a remake of Craig McCracken’s cartoon. In the new live-action series, the superhero trio of Blossom, Bubbles, and Buttercup will be portrayed as disillusioned twentysomethings who resent having lost their childhood to fighting crime. As the plot thickens, we get to root for them to come together and save the world from evil, or at least save Townsville.

Originally from Los Angeles, California, Podany graduated from New York City’s Juilliard with a degree in drama in 2018. Aside from his stage role as Albus Potter in the Broadway production of Harry Potter and the Cursed Child, his previous screen credits include the CW series Hart of Dixie and Netflix’s found-footage horror Archive 81. He is currently represented by AMT Artists, HCKR Agency, and MZ.MGMT.NY. His favorite part of Cursed Child is the relationship between Albus and Scorpius. If you haven’t seen him in action, check out our interview with him and castmate Jon Steiger (Scorpius Malfoy) below.

The CW’s live-action series will simply be titled Powerpuff. No release date has been made public yet, but the show has been in development since August of last year. Original creator McCracken said he is “curious to see what they [the CW] do with it.” Will you be watching the pint-sized superheroes on their next adventure?