As the week ends, the curtain falls on the 51 short films and 12 feature films of the virtual London Independent Film Festival (LIFF). In a year marred by event postponements and cancelations, shifting to an online platform posed a great challenge for the festival director, filmmaker Natasha Marburger. 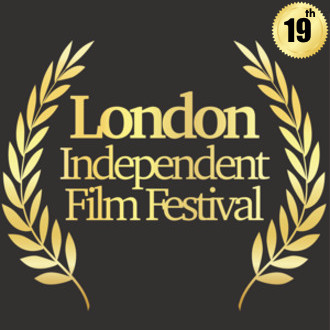 A film festival isn’t just another platform. It’s not just a website with film links; it’s all the other things: meeting the filmmakers, doing Q&As, talking to each other, getting feedback, building a community, doing all the social events, all the networking, and stuff like that. And it is really hard to do that online.

It was a tough challenge, but Marburger and her team pulled it off anyway. They conducted Q&A sessions with filmmakers which were attached to the respective films that audiences bought tickets to, hosted Instagram Live chats with the directors of selected films, and livestreamed master classes on the festival’s YouTube page. All week long, they pushed out content just like they would have at a physical cinema.

Although most of these activities were smoothly adapted, Marburger admits that hosting the virtual festival just felt different. She misses the indispensable human moments of the annual filmmaking gathering, such as hanging out with other filmmakers and experiencing audiovisual spectacles on the big screen. However, she also recognizes that the online setting has brought about some interesting merits.

It does have opportunities that you wouldn’t have as well because you can connect with parts of the world that you otherwise couldn’t be there, or those people couldn’t come to London for films at the festival. So it has created opportunities as well.

If it felt different for Marburger, then surely it would also feel the same way for the filmmakers, which became Marburger’s biggest concern.

We were really worried because we thought, ‘Oh, it’s a pandemic, and it has to go virtual now. What’s going to happen? Are we going to get enough really good films?’ We needn’t have worried about any of that because it’s just been brilliant.

And the numbers backed this up. At the closing ceremony, she announced that the festival had received a record number of submissions this year. Among them was (K)nox: The Rob Knox Story, a documentary about the career and murder of the Marcus Belby actor, which won Best Feature Documentary. “Wow,” said director Aaron Truss upon receiving the award. “Just getting Rob’s story out there has been absolutely incredible.”

“I’d like to dedicate this award to my son’s memory,” added producer Colin Knox, who is also Rob’s father.

At the end of the day, is Marburger satisfied with how this year’s LIFF turned out?

I didn’t know how it would go. And I know a lot of festivals [that] have tried, and we hope for the best. We’ve tried to do certain events and things, and some of it has been good. So I’m pleased.

Natasha Marburger will be organizing the Los Angeles International Film Festival, which celebrates indie filmmaking, in November, with film submissions opening up this week. With vaccination rollouts underway worldwide, we hope that the festival will be held in person so that filmmakers can proudly grace movie theaters and the red carpet once again.