I Forced My Friends to Take the Sorting Quiz, and This Is What I Learned

Sitting alone with my thoughts one day, my mind naturally wandered to the wizarding world. Understandable – everyone’s would right? Wrong. It suddenly struck me that not everyone thinks about Harry Potter. Who are these poor souls, and how can I help them? Let’s start with a bunch of my gal pals – do they follow the wizarding world? Do they too feel sad that Sirius didn’t get a better deal? I’m not sure.

Racking my brains on past chats regarding Harry Potter, it is usually me who brings up the topic. Do they mind? They certainly smile and nod whenever I talk about it, but do they really get it, and if they did, would their lives be changed like mine? What can I do to Expecto Patronum Harry Potter into their lives? And then it hit me in one brilliant light bulb moment – I’ll Sort them! Or more accurately, wizardingworld.com will Sort them.

Faster than Severus Snape when confronted with a bottle of shampoo, I sent a group message to see if I would get any bites. There are 14 of us on this message thread, but my hopes weren’t high that I would get many answers. I knew – of the 14 of us – only myself, Billie, and Liz were HP fans, but would the others do me a solid and take the test? 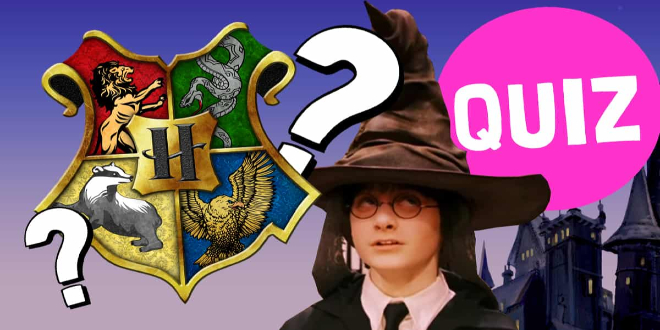 The first two who promptly answered my request were indeed Billie and Liz. They had already been Sorted and were, unsurprisingly on my account, Ravenclaws. (Billie is good at math, and Liz likes coding.) They even organized their husbands to do the quiz just so I had “extra data.” Bless them. So that meant two down and only 12 to go.

I will confess I did become “Nagatha Christie” in this endeavor as the rest of the crew had a tendency to go off track easily, bringing up other topics instead. (Unacceptable.) However, I was able to shepherd them back to the matter at hand each time they veered off the Sorting conversation. It was a little like herding cats. Grown adult cats who have lots of other things they would rather discuss than Harry Potter. (Again, unacceptable.)

Liss came through next and discovered she was a Gryffindor. I was surprised; of all my friends, Liss is most like Ravenclaw’s Luna Lovegood. I tried to talk to her about her House’s traits, but she was more interested in pondering if there is any correlation between Hogwarts Houses and star signs. We’ll leave Luna – I mean Liss – to it.

So I had some traction going. Next was Emily. One of the smartest people I know who, low and behold, was a Ravenclaw. I didn’t get to chat to her about House traits either as Emily rapidly informed me she had stopped reading the books at Harry Potter and the Goblet of Fire because she felt that book “broke the suspension of disbelief,” and my heart stopped a bit. 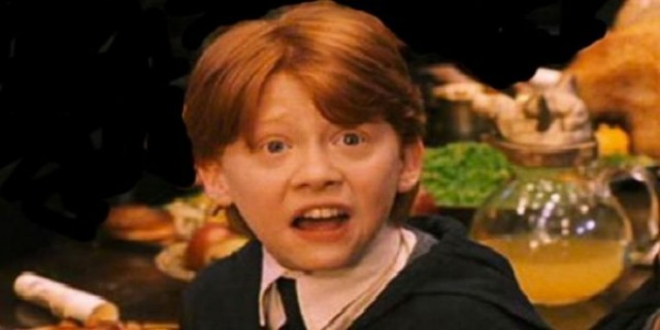 I hit a roadblock with Hannah as she informed me she was 33% Slytherin and 32% Gryffindor. When I asked her which quiz she had taken, she replied, “Buzzfeed.” *vomit noise* After I composed myself, I calmly enlightened her that she was an idiot, and the only true quiz is NEVER Buzzfeed. She replied, “Yeah, but I can’t be bothered doing it again. Love you!”*

Pleased that Hannah is fond of me but not entirely unassuaged by her reluctance to Sort herself, I moved on. It was perhaps unsurprising that the next three new members joining me in Hufflepuff House were the majority of the party girls. Saki, Alex G., and Kirn. I am very happy to have them in my House, but we would never have got any work done. All of these babes (especially Saki) are most likely to be the ones standing in front of the fireplace at a party, drunk, yelling “Diagon Alley!”

Alex S. came through next. Having a new baby is not, in my opinion, an excuse for being late to the party, but she got there in the end. Alex will join Liss in Gryffindor; however, I bet ten Galleons she will be spending the majority of her time in Hufflepuff not working with us.

At this point, you can’t have failed to notice not one of us is a Slytherin. Me too. I didn’t wonder about this for long though as the last participant came through for me, and she was indeed a Slytherin. I’m not sure how she felt about this. As soon as she announced her results, Alex S. exclaimed, “Yes, Caley! I was hoping for this.” Clearly, Caley has some Slytherin-esque tendencies I hadn’t noticed.

So what does all this mean? Four Ravenclaws, four Hufflepuffs, two Gryffindors, and a Slytherin? It means that we are all well-rounded individuals, and small differences such as House alliances do not mean you can’t be friends. (Even if one of you is a Slytherin.) It also means, in this particular example, that I have a great group of gal pals who are willing to help me out, no matter how stupid or confusing they think my needs are. Love you, girls!

*Towards the end of this challenge, Hannah got curious and can report that she is in fact a Ravenclaw.