Five Rare Copies of “Harry Potter and the Philosopher’s Stone” Sell for Over £100,000 Collectively at Hansons Auction

Yesterday, May 5, Hansons Auctioneers – an auction house in England that has become known for its rare Harry Potter finds – held its first auction dedicated to Harry Potter, also the first of its kind in the world.

There was no shortage of magical items available for potential bidders, including five first-print, first-edition hardback copies of Harry Potter and the Philosopher’s Stone. As we previously noted in our own interview with Hansons Auctioneers’ book expert, Jim Spencer, the copies are exceptionally rare. Only 500 were ever printed, but the news article on the auction from Hansons notes that Spencer has now found 13 copies in 21 months. 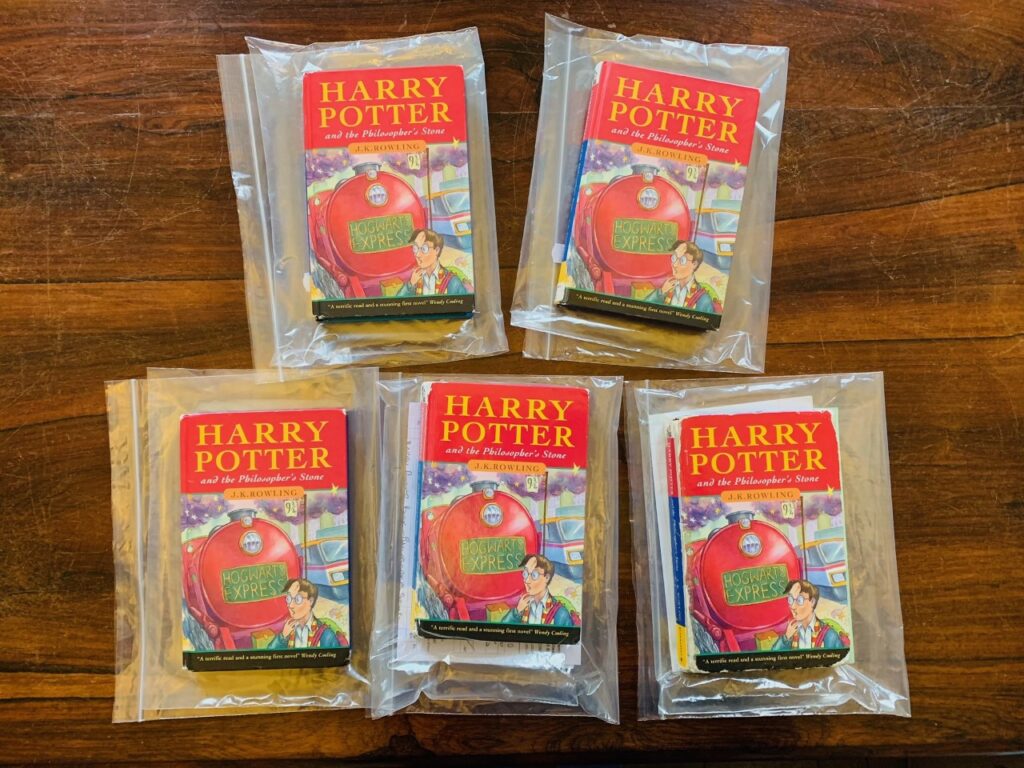 Five first-edition copies of “Harry Potter and the Philosopher’s Stone” are shown, pictured as sold at auction by Hansons Auctioneers.

The Express & Star also reported that a proof cover design for Bloomsbury from 1997 that was included in the auction sold for £9,000. It “would have accompanied one of 200 uncorrected, pre-publication copies of the book” and had “considerable variations from the final published version.”

Jim Spencer, quoted by the Express & Star, described the environment in the online-only auction:

Some of the bidding battles were slow-burning, really tense, gradually building up into a frenzy between determined collectors.

Looking for some rare Harry Potter memorabilia of your own and have a few Galleons to spend? We suggest keeping an eye on what Hansons has up for auction!

Would you purchase a rare Harry Potter book? Tell us in the comments below!