“Harry Potter: Hogwarts Mystery” Continues to Bring in the Galleons

Harry Potter: Hogwarts Mystery continues to be successful after three years of gameplay. We admit we’re just as guilty as anyone else of spending a few dollars here and there to make sure we have enough gems to keep refilling our energy bucket. It seems that we’re not the only ones who will drop some money on in-game purchases. Hogwarts Mystery has collectively grossed over $300 million in revenue over the course of three years.

Hogwarts Mystery quickly became one of the highest-grossing mobile games in the app stores, due in part to the microtransactions that have us pushing to get time-limited side quests completed in the allotted days. During the first week after its release, Hogwarts Mystery made an estimated $12 million in gross revenue. After nine months, it hit $100 million. A little over two years after the release of the game, it hit $200 million, and after its three-year anniversary at the end of April, the game hit $300 million in revenue.

According to Sensor Tower, the best year for revenue in Hogwarts Mystery was 2018, when it grossed nearly $100 million. In 2019, revenue slightly declined to around $74 million, and then the pandemic hit. Once people were confined to staying home more, in-game player spending surged by 28% year-over-year into 2020, bringing revenue back up to over $95 million. Looking at the last year from April 26, 2020, to April 25, 2021, Hogwarts Mystery was ranked the number one title worldwide by player spending in the Simulation Adventure subgenre with almost $105 million. Hogwarts Mystery ranks above Animal Crossing: Pocket Camp and Disney Magic Kingdoms. 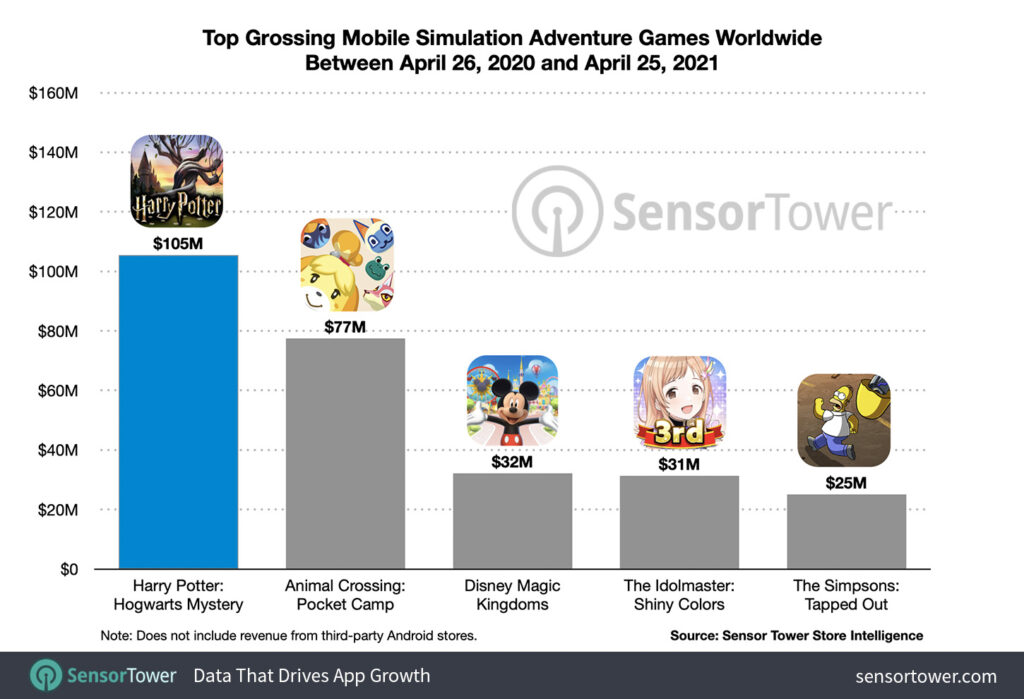 The United States has been the country to spend the most in-game, accounting for around 52% of the total; Germany is second with around 8%, and the United Kingdom takes third with almost 8% as well. 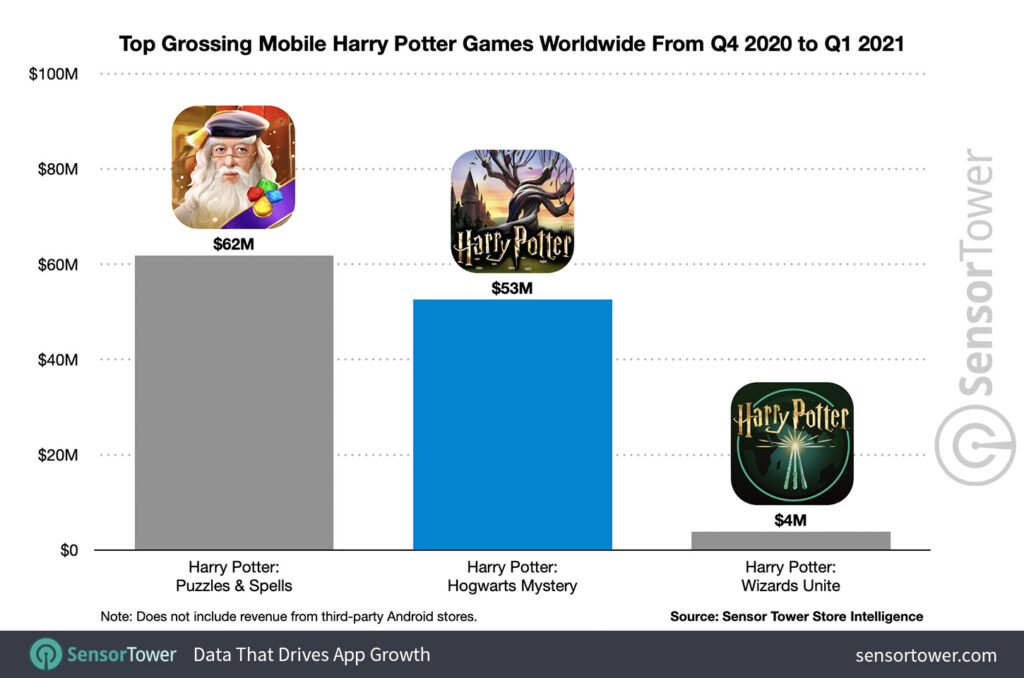