Is Orlando’s Universal Studios Worth It in Quarantine?

The world has officially been in quarantine for over a year. Even if it is necessary, it is understandable that many are feeling the fatigue of isolation. While things are slowly opening back up, that does not mean the danger of the virus is gone.

One particular location that has been open amid the pandemic has been Universal Studios Orlando. The Universal Studios website promises new safety measures installed specifically to combat the spread of the coronavirus; however, they admit that the possibility of catching the virus cannot be eliminated.

Many Potter lovers are chomping at the bit to get back to the Wizarding World World of Harry Potter at Universal Orlando Resort but are not sure if it is yet worth it. This article will be taking an in-depth look at the Universal Studios theme park to see if it is indeed worth the trip and the risk. I traveled there so you don’t have to. Here is what I have to say on the matter. 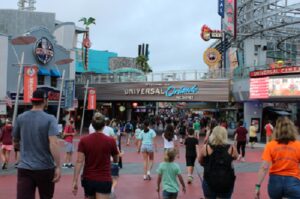 Pros: Designated Universal officials are situated everywhere, reminding people to wear their masks and keeping an eye on the crowd. At the entrance, you must have your temperature checked. Hand sanitizer stations are set up in various locations.

Cons: While Universal has limited the number of people allowed in the park, they have not limited it enough. Or at the very least, they need to find a better way to shuttle people into the park. The picture above shows the entrance to Universal. This picture was taken early in the morning, an hour before the majority of guests could even enter. By midday, it is so full that one has to keep their arms pinned to their sides to avoid bumping into those around them. If you intend to go, be prepared to come in contact with people at least at the entrance, which lasts about five to seven minutes before the crowd begins to part. 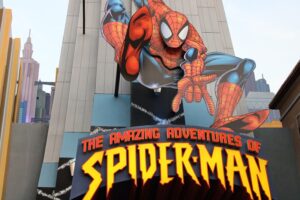 Pros: Everyone is required to keep at least a six-foot distance while waiting in lines. The ride delegators offer hand sanitizer before each ride, and only groups traveling together can sit side by side. Masks are required at all times.

Cons: Not everyone follows the six-foot minimum rule while in line, and there is little enforcement unless a ride operator is watching. The same goes for masks; although, more people have them on most of the time. Rides are not always cleaned in between uses, so even when hands are sanitized, it is possible to be exposed to germs. 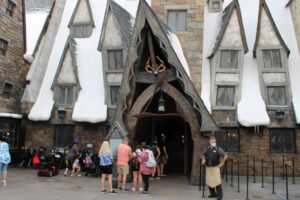 Pros: Tables are separated at the very minimum of six feet; although, most are spaced more widely apart. Hand sanitizer is offered to each guest. Ordering is virtual, meaning you order your food online beforehand, so you are ready to go when your phone tells you to enter the restaurant. A good deal of seating is outdoors.

Cons: People, of course, do have their masks off while eating. This is only concerning when eating inside. Even then, tables are spaced enough to make guests feel comfortable. 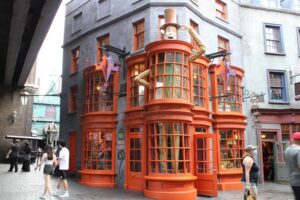 Pros: As always, it is one of the single most magical places on earth. It never fails to make me jump up and down with unadulterated glee. They have adapted to the coronavirus inside Diagon Alley as well. Lines spaced six feet apart can be seen outside each shop. Only a certain number of people are allowed into these locations at a time. The Ollivanders experience has been limited to one party at a time. This increases the safety of the performance but bumps the wait time up by about 100 minutes. The Hogwarts Express only allows one party per carriage.

Cons: Diagon Alley is cramped. The entrance with the shop fronts and the legendary dragon atop Gringotts is almost always filled with people. There is no real way to keep a safe six-foot distance in this area. 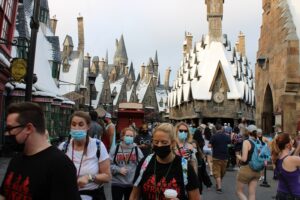 Pros: Just like Diagon Alley, the same safety measures are in effect. The Three Broomsticks in particular is good at providing outdoor seating with great safety measures.

Cons: This is one of the most crowded places in the park because it feeds into two other popular Universal attractions and is smack dab in the middle of the park.

The Wizarding World of Harry Potter at Universal Orlando Resort is one of my favorite places to visit. As far as hospitality and entertainment go, this place is as good as ever. However, in my opinion, I do not think enough has been done to make Universal as safe as it could be. Even though I was fully vaccinated and wearing a suitable mask, I felt nervous being in the park. I would consider waiting a little longer before booking your vacation tickets to Universal Studios Orlando. 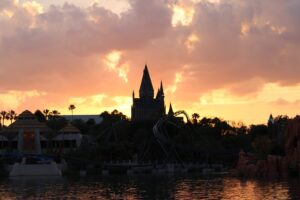