MYTHTERY: Lavender Brown Is Alive and a Werewolf

Fenrir Greyback attacked Lavender Brown during the Battle of Hogwarts, resulting in her not dying but becoming infected with lycanthropy. 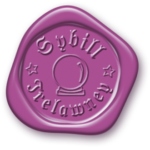 Two bodies fell from the balcony overhead as they reached the ground, and a gray blur that Harry took for an animal sped four-legged across the hall to sink its teeth into one of the fallen. “NO!” shrieked Hermione, and with a deafening blast from her wand, Fenrir Greyback was thrown backward from the feebly stirring body of Lavender Brown. (DH, ch. 32)

This terrible yet inconclusive quote leaves many questions in our minds, including perhaps one of the most asked and most annoyingly unanswered: Is Lavender Brown dead? The films, while fantastic but not above taking artistic liberties, certainly lead us to believe she is. In fact, many fansites take this as verbatim and categorically state that Lavender died then and there from fatal injuries incurred by Fenrir Greyback. Even wizardingworld.com – at one point* – listed her as “presumed dead,” but this has never been confirmed. What if she didn’t die but instead became infected with lycanthropy?

*Take note of this – it is important later.

Let’s look at the facts: “A gray blur that Harry took for an animal sped four-legged across the hall…” Though Harry does have poor eyesight and his initially drawn conclusions of recognizing things haven’t been great (mistaking himself for his father, for instance), this sentence does leave us to think Fenrir is heading for Lavender as his werewolf self.

Before Fenrir can do too much damage, Hermione heroically intervenes; however, she isn’t able to stop him before he “sinks its [his] teeth into […] Lavender Brown.”

So we have Fenrir Greyback, widely considered the most savage werewolf alive and one who uniquely specializes in children, possibly in his werewolf form, biting a potentially unconscious Lavender Brown. Case closed right? Well, not quite. According to the wizarding world, a werewolf bite is a cursed bite and fatal unless a concoction of powdered silver and dittany is mixed and applied to the bite. This will then save the victim’s life and allow them to live on as a werewolf.

Did Lavender have access to this treatment? Certainly, she was within range of the Hogwarts hospital wing and Madam Pomfrey, but that would require someone to take her there, and as far as we know, the golden trio didn’t.

If Lavender did indeed get the treatment in time, would she still have survived? Greyback’s savagery and bloodlust have not stopped him from “getting carried away,” as Ron once described, and killing his victim before, but then we again arrive at the original question: Did this attack kill Lavender or not? The only source of reliable information on this is wizardingworld.com who has – since the debate of Lavender’s fate grew louder – taken down the “presumed dead” label on her profile and said no more. Très frustrating.

Circling back to Harry and his image of a gray blur on four legs, this points to Fenrir being in his werewolf form. Was he though? I think not. For one, Remus Lupin was not in his, indicating it was not that time of the month for them. Furthermore, tales of Greyback’s descent into villainous savagery were ripe throughout the books, and he certainly looked wolf-like even in human form with his matted gray hair, pointed teeth, long yellowish nails, and whiskers. One could argue that as he continued to forsake his humanity, he became more and more bestial in appearance, much like Voldemort did as he grew his Horcrux collection. It is conceivable then that Harry mistook him for an animal as Fenrir was definitely a candidate for “the inside matching the outside.”

There is, however, one very simple solution to solve this particular theory. We must ask ourselves: Was there evidence of a full moon during the Battle of Hogwarts (May 2, 1998)? The answer is no. That evening, a waxing crescent moon graced the sky above, thereby ruling out the possibility of lycanthropic infection. However, if Lavender survived this attack, she will have some cursed bites, and just like Bill Weasley, we won’t know what that means until the symptoms present themselves. She may, like Bill, prefer her steaks rare, or she may have slightly more wolfish tendencies depending on the seriousness of the infection and her ability to heal.

Myth managed? I’ll leave that up to you. There are always outliers to every rule, and one could argue that Greyback with his insurmountable bloodlust – even in human form – could be altering his limitations in regards to turning people into werewolves once a month. Lavender could be suffering the same fate as Lupin and, knowing the poor treatment many give those affected with lycanthropy, could be choosing to keep to herself, thus – unfortunately – encouraging the “presumed dead” status.