Why James Potter Is My Favorite Marauder

With no pictures of his parents in the Dursleys’ home and Harry not being allowed to ask his aunt and uncle questions, he knows very little about his past and parents – that is, until Hagrid shows up and not only reveals to Harry that he’s a wizard but also tells him, “Yeh look a lot like yer dad, but yeh’ve got yer mum’s eyes” (SS 47). Throughout the seven Potter books, various characters make this statement, and time and time again, Harry is told of how admirable and skilled his parents were. Except for Snape and the Dursleys, everyone seems to have loved them, and Harry himself places his parents on a pedestal, as many children do. However, while Lily appears to have no faults, Harry is ultimately forced to face an unpleasant revelation that leaves him questioning the kind of man his father was. 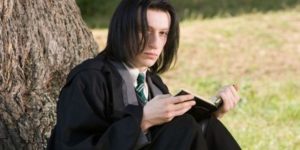 In the chapter “Snape’s Worst Memory” in Harry Potter and the Order of the Phoenix, Harry takes a peek into the Pensieve and witnesses one particular memory of Snape’s fifth year at Hogwarts. He is offered a glimpse into Snape’s life at school and the abuse he received, particularly from Harry’s father.

‘All right, Snivellus?’ said James loudly.
Snape reacted so fast it was as though he had been expecting an attack: Dropping his bag, he plunged his hand inside his robes, and his wand was halfway into the air when James shouted: ‘Expelliarmus!’ (OotP 645–46) 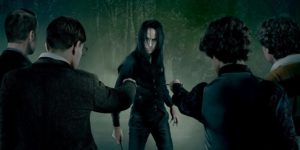 This moment marks the beginning of Harry seeing James in a new light. It’s hinted at in the text that James had attacked Snape before as Snape now knows to expect an attack, and despite Snape’s quick reflexes, James is either faster or already has his wand drawn before advancing toward Snape. Witnessing this Draco-like bully behavior from his father is a shock not only to Harry but also to the readers. The consequence of which is that we have to accept that James Potter was “every bit as arrogant as Snape had always told [Harry]” (OotP 650). 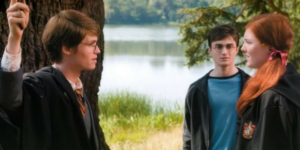 However, while many may mark this as the moment that they lost respect for James Potter as a character, I consider this revelation to be the catalyst for him becoming my favorite of the Marauders. Here’s why.

As Harry confides his findings to his father’s school friends, Sirius and Lupin bring up the age factor to which Harry responds that he is currently 15, the same age that his father was in the memory, and much more mature and compassionate. However, while I’m not excusing what James did, I will use words spoken by Molly Weasley earlier in the Order of Phoenix novel to refute Harry’s statement: “He’s not James” (OotP 89). In comparison to Harry’s life, James lived one of luxury. He spent his time at Hogwarts mostly carefree, popular, and with much more confidence in himself than Harry who has faced death every year of school. These differences in upbringing play a massive part in defining the personalities of both father and son. So it can’t be expected for James to be quite as humble as Harry, particularly as a young boy. 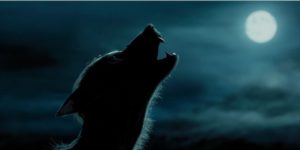 Despite James being a bully to Snape and others – presumably, those who were also in Slytherin – he proved himself to be a loyal and devoted friend. In Harry Potter and the Prisoner of Azkaban, Lupin tells Harry, “And they didn’t desert me at all. Instead, they did something for me that would make my transformations not only bearable, but the best times of my life. They became Animagi” (PoA 354). He further states, “It took them the best part of three years to work out how to do it. […] Finally, in our fifth year, they managed it.” This moment, therefore, occurred in the same year as Snape’s worst memory and shows not only James and Sirius’s devotion to each other as friends but the stark comparison between how James treats his friends and his enemies. It’s also important to remember that James also saved Snape’s life following the prank carried out by Sirius, though Snape’s belief in the reason James did it differs and is perhaps biased.

In addition to these points, I believe James had the most character development of the four Marauders. For me, Sirius maintains his reckless and hot-tempered nature that he had as a young man, Lupin remains the more reserved and sensible of the friends, and Wormtail continues to seek the company of those greater than himself. On the other hand, James, as stated in Order of the Phoenix, “grew out of it” (OotP 671). This character development is the main reason that Lily also grows more fond of James and begins dating him in their seventh year, and it is one reason I have so much affection for and interest in James Potter. 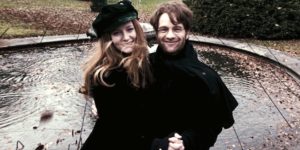 What are your thoughts on James Potter? Let us know in the comments below.