Welcome to this week’s update on all the casting action! Last week, we told you about David Thewlis and Stephen Fry’s latest collaboration, The Sandman, and we also showed you several new trailers featuring Wizarding World stars. This week, we bring news from both DC and Marvel, an interview with Jason Isaacs, and a new project for Katherine Waterston. Let’s jump right in! Castium Revelio!

First up this week is a return to our screens for Fiona Shaw (Petunia Dursley). She stars in Sky's new film Kindred. It surrounds a young couple who, after finding out they are expecting a child, visit the husband's mother (who is played by Shaw). However, after an unfortunate accident, he dies and leaves his partner in his mother's care. She quickly begins to question her mother-in-law's intentions after finding an unknown substance in her tea. You can watch the trailer below!

Next up is a new role for Freddie Stroma (Cormac McLaggen). He'll take over from Chris Conrad – who left the show due to creative differences – to play Vigilante in DC's Peacemaker. The show is a spin-off of The Suicide Squad, which will be released later this year. Peacemaker will explore the origins of Peacemaker, a character who will be played by John Cena in both the movie and the show. We can't wait to hear more about this show.

Jason Isaacs (Lucius Malfoy) has been very busy. He spoke recently about his upcoming film Dr. Bird's Advice for Sad Poets, in which he plays the father of the lead. He described the movie as an "extraordinary, almost surreal, coming-of-age story." It features a boy who asks a pigeon for advice on how to deal with his depression and "doesn't really fit into any box," according to Isaacs. You can watch the full interview below!

The first trailer for Good Sam has also been released. Isaacs features in the show as Dr. Peter Griffins, who wakes up from a coma and must work alongside fellow heart surgeon Sam (played by Sophia Bush) to return to his previous role. We don't have a release date for the show yet, but we do know that it will begin production in the fall. The trailer is below!

Katherine Waterston (Tina Goldstein) has recently joined the cast of Babylon. The film is set in 1920s Hollywood, around the time when the industry switched from silent films to talkies. Waterston joins an already announced cast of Margo Robbie, Brad Pitt, and Diego Calva. We don't know much about the film's plot, but we'll keep you updated as more information is released!

Zoë Kravitz (Leta Lestrange) has joined Madonna, Naomi Campbell, Halle Berry, and several others in a campaign to help fund a school in Kenya. Art for Education is an art auction that was set up to help the Chema Vision Children’s Center in Nairobi. Each of the celebrities has designed a tote bag that is now available for auction. You can see Kravitz's here! Art for Education will hopefully raise $100,000 to fund the school. 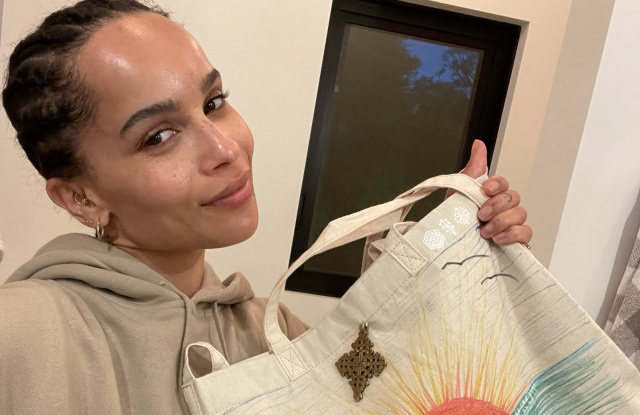 Finally, we have rumors of a new, super role for Carmen Ejogo (Seraphina Picquery). She may have a role in one of Marvel's lastest Disney+ series, Secret Invasion. According to the Illuminerdi, Ejogo is in advanced talks with the producers to join the MCU. Samuel L. Jackson and Ben Mendelsohn will definitely return as Nick Fury and Talos, respectively, but we're unsure of any other returns so far. Do you think Ejogo will make her MCU debut in Secret Invasion?

That’s a wrap on this week’s Casting News! Which of these projects are you most excited to see? Come back next week for more updates from your favorite Wizarding World stars!