Celebrate the Start of the Hogwarts Term: All Eight “Harry Potter” Films Return to HBO Max on September 1

On September 1, young witches and wizards will be boarding the Hogwarts Express to begin their next term at one of the most prestigious wizarding schools in the world. While most of us will not be aboard the next train to the renowned magical educational institution, HBO Max subscribers will at least be able to have a Harry Potter movie marathon to commemorate the start of the Hogwarts term. Starting September 1, all eight Harry Potter films will be available to stream on HBO Max.

Overall, it’s been a very confusing year for the Potter movies’ streaming rights. When HBO Max first launched last year in June, the Potter flicks were made available immediately, despite reports to the contrary. After three months, the magical film series left HBO Max in favor of the streaming service Peacock due to an agreement between NBCUniversal and Warner Bros. that predated HBO Max. The agreement allowed NBCUniversal the streaming rights to the Potter collection through 2021. However, it wasn’t quite as simple as having them live on Peacock. Instead, the Potter film franchise swapped between the streaming services throughout the year. Most recently, HBO Max hosted the Boy Who Lived for a month in June before the flicks returned to the Peacock’s plumage. It felt like NBCUniversal and Warner Bros. were playing a game of tennis with the flicks that likely left fans’ heads spinning. 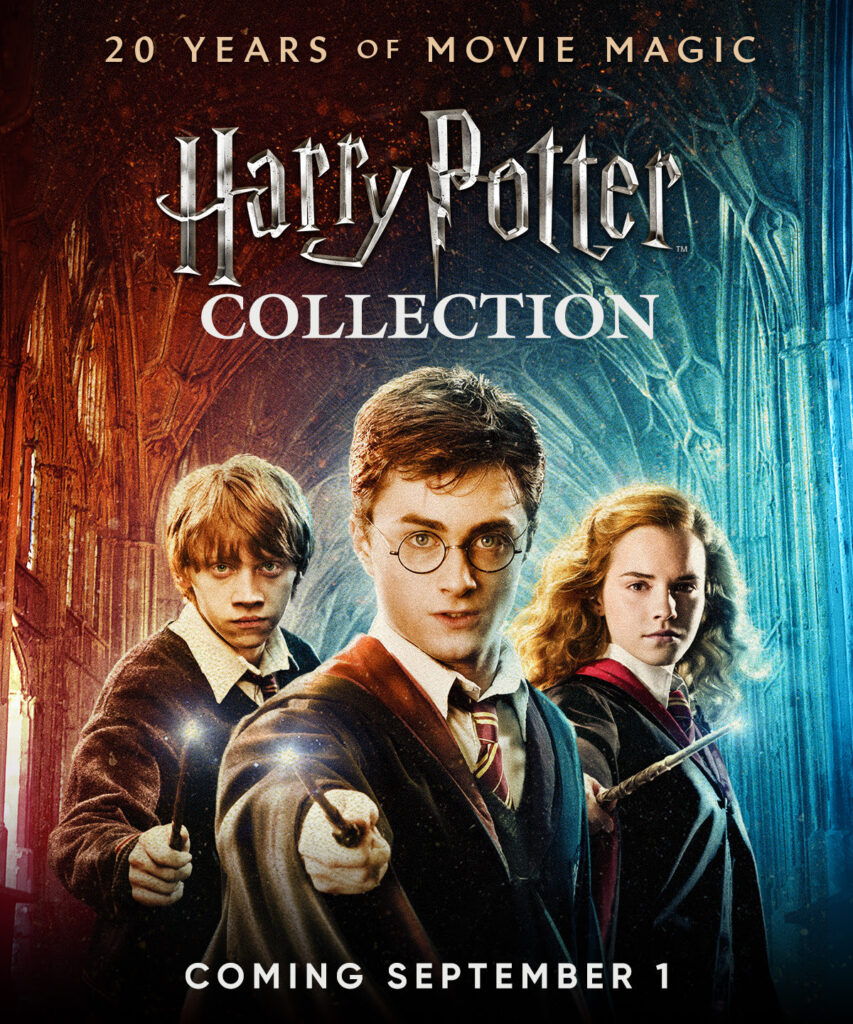 Starting September 1, the “Harry Potter” movie collection will be streaming on HBO Max.

The agreement with Warner Bros. indicated that NBCUniversal would retain streaming rights to the Potter movie series through 2021, so it’s very likely the films haven’t settled into their new home just yet. Similar to the seemingly random and short stints that the Potter film collection has had on HBO Max, it could simply be for a month or so to celebrate the start of the Hogwarts term. It’s also possible that Warner Bros. finally worked out a new agreement that has NBCUniversal relinquishing the streaming rights early in exchange for something, whether it be a large sum of money or perhaps the streaming rights to another lucrative intellectual property. At the very least, we do know that the boy wizard will be dismounting the Peacock on September 1 for the time being.

Do you believe that the Harry Potter movies have finally returned to HBO Max once or for all? Or do you think the film franchise is simply on loan again? Let us know in the comments.