Conjure Up a Happy Memory to Face Dementors This Month in “Harry Potter: Wizards Unite”

It’s been an unusual but exciting few months for players of Harry Potter: Wizards Unite. There was a revelation at the end of June’s Brilliant event, An Unforgivable Event Part 2. And instead of properly providing any conclusion, Wizards Unite developer Niantic frustratingly stalled the story for several weeks. At the start of July, Niantic revealed an unusual calendar of events that not only excluded Brilliant Events but also left the latter half of the month empty. The wait was worth it because Niantic eventually revealed the Secrets Revealed Brilliant Event Part 1 that would finally move the plot forward. However, it was quickly overshadowed by the highly anticipated 1920s Wizarding World Convergence, which will introduce more Fantastic Beasts content.

It seems that Niantic couldn’t hold its excitement, because the Convergence was announced even before the event calendar for August 2021. Before players can traverse the wizarding past, there are at least two events taking place.

Witches and wizards should have just wrapped up the Wormtail and the Marauders Adversaries Event, which started on August 2 at 11:00 a.m. PDT and ended on August 5 at 11:00 a.m. PDT. The only Adversaries event of August saw increased sightings of Peter Pettigrew Adversaries, giving players a chance to duel the cowardly rodent. As satisfying as it may have been to hex Wormtail, Niantic also decided to put us in our feels by increasing the spawn rate of the Marauders, which consisted of Young Sirius Black, Young Remus Lupin, Young Peter Pettigrew, and Young James Potter.

Since Niantic just put fans through a bit of an emotional roller coaster with the Wormtail and Marauders Adversaries Event, there will be no events this weekend, but this coming Monday, it’s back to work. Starting on August 9 at 11:00 a.m. PDT and ending on August 16 at 11:00 a.m. PDT, players will be braving Aragog’s Lair in Secrets Revealed Brilliant Event Part 2. Witches and wizards will be tasked with returning Brilliant Foundables to Aragog’s Lair. Arachnophobes may need to seek assistance to complete this Brilliant Event in which players must search for Brilliant Rubeus Hagrid and Brilliant Acromantula Eggs from Encounters, Fang from completing Wizarding Challenges, Aragog’s Children from accomplishing Tasks, and Wild Weasleys’ Flying Car by Brilliant Portkey. 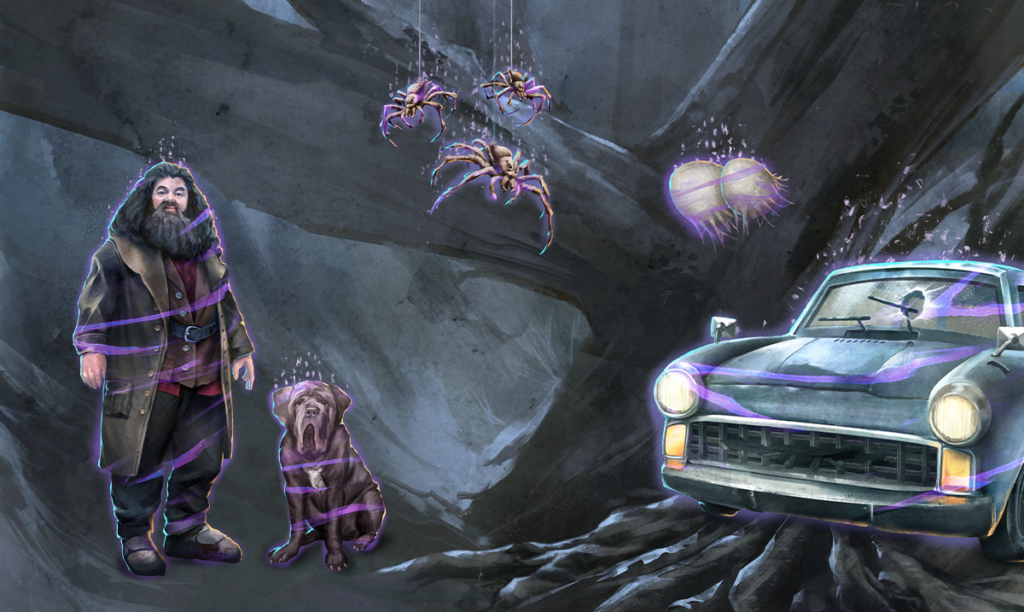 And finally, on August 18 at 12:00 a.m. local time, it’s time for witches and wizards to step back in time for the 1920s Wizarding World Convergence. The event lasts two days, ending on August 20 at 11:59 p.m. local time. While we wish it were longer, the features introduced in this event, such as the new Registry pages, are expected to remain to help refresh the game.

There will be no rest for players that week because literally two minutes after the Convergence ends, the August 2021 Community Day begins. Starting on August 21 at 12:01 a.m. and ending at 11:59 p.m. local time, there will be increased Traces of the Weasleys’ Wizarding Wheezes. These Wheezes should help fuel us for the next event.

Next up is Prisoner of the Vow Brilliant Event Part 1, which will help us relive Harry’s third year at Hogwarts. Starting August 23 at 11:00 a.m. PDT and ending on August 30 at 11:00 a.m. PDT, there will be increased sightings of Brilliant Dementors and Boggart Confoundables roaming the virtual wizarding world. It’s best to grab some chocolate and some powerful memories on hand for this event.

Lastly, we close out August with the Back to Hogwarts Event, which will coincide with the new school year at Hogwarts. It begins on August 30 at 11:00 a.m PDT and ends on September 3 at 11:00 a.m. PDT. There are currently no details for this event other than it will celebrate “the memories of returning to school.” It’s very likely to include increased spawns of Hogwarts-related Foundables; however, you should check back with us for more details.

Which event are you most excited about? Would you rather hex Wormtail or send a Dementor flying with the Patronus Charm? Let us know in the comments.