It’s me again, Katie Clearweather, and this year at Hogwarts has been one of the craziest yet. There was a takeover of the most epic proportions along with some rebellion and a lot of stress for Hufflepuffs. My journey back to Hogwarts was a little different this year since Harry Potter claimed He-Who-Must-Not-Be-Named was back. It was also an adjustment to be back after Cedric’s passing since he was my study buddy/homework helper. It was obviously a superb idea to put children through extremely dangerous tasks.

We also got a new Defense Against the Dark Arts teacher (surprise), Dolores Umbridge. She interrupted Professor Dumbledore during his beginning of the year announcements to give some passive-aggressive speech about the Ministry taking part in the education at Hogwarts. She then took further hold in the school as she began monitoring our professors to see if they were “qualified” enough. Maybe somebody should have monitored her questionable choices of punishment. One misdirected Jelly-Legs Jinx prank, and I was in her office writing “I will not perform silly incantations” with a quill that engraved the sentence into my hand. Yet another year when Dumbledore has hired a stellar mentor. 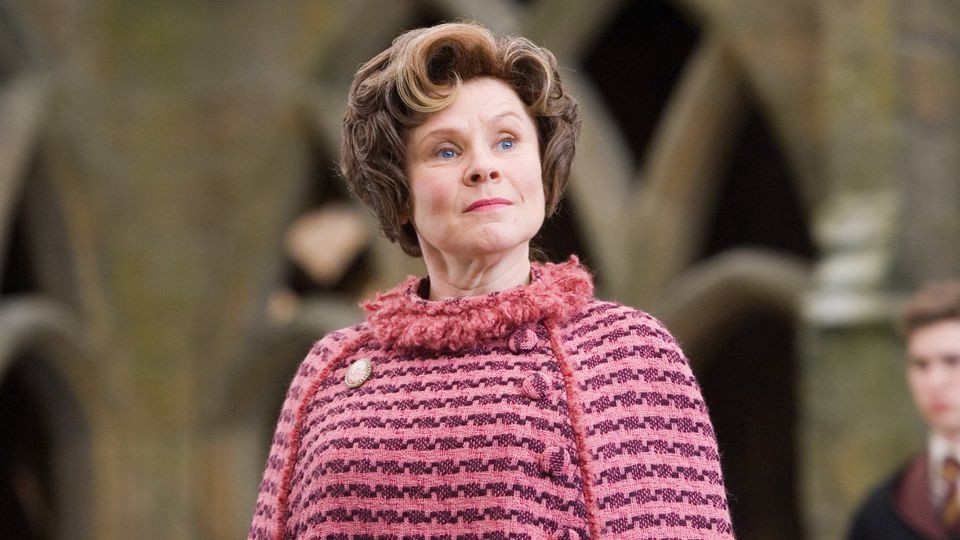 Things really got interesting when Harry, Ron, and Hermione got a group of students, myself included, to meet secretly about forming an undercover group called Dumbledore’s Army. Harry led it by teaching us some high-level spells since we weren’t learning any defensive spells from Umbridge – because I definitely went to a school for witches and wizards to not learn magic. Fred and George Weasley truly became the heroes of this year by torturing Filch and Umbridge with trickster treats.

Umbridge then started the Inquisitorial Squad to basically spy on students and report back to her. Draco Malfoy and his friends were the first to sign up. Yes, my crush on Draco remains! He may have become Umbridge’s teacher’s pet this year, but he did it with charm and finesse; it’s the passive-aggressive daddy issues for me. When Christmas break came, I decided to stay at Hogwarts to enjoy the quiet and catch up on my leisure reading. DA (Dumbledore’s Army) training, drooling over Draco Malfoy’s newfound leadership confidence, and classes were taking up all my free time.

When school started again, we resumed our training with Harry. Some prisoners also escaped from Azkaban at this time (but, like, what else is new), and the Minister of Magic blamed it on Sirius Black (again, what else is new). The training sessions with Harry continued as we learned more advanced spells, such as the Patronus Charm; oddly enough, mine is a ferret. Our lessons ended when Marietta Edgecombe ratted us out to Umbridge. A Hufflepuff would have never! 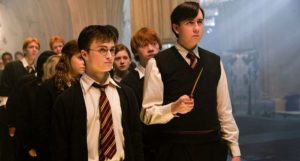 Dumbledore then dramatically left, and Umbridge took over Hogwarts. Everyone in the DA had to write sentences in the Great Hall with the quills that embed the sentence into your hand. The most satisfying part of the whole school year came when all the fifth years were sitting for their OWLs, and Fred and George flew in and filled the Great Hall with fireworks. They even sicked an enchanted dragon firework on Umbridge – ironic actually. After the celebration was done, everyone kind of went about their daily routines. Umbridge randomly went missing the same day no one could find Harry, Ron, Hermione, or a few others from the DA. When they came back, Professor Dumbledore returned, and Umbridge got suspended. She looked like she crawled out of the Forbidden Forest, and she smelled like a horse.

Voldemort’s return was also confirmed as it was learned that those missing DA members went off to face some Death Eaters at the Ministry of Magic. Some of the DA was a little upset about being left behind, but let’s face it, I am literally the character in the horror movie that dies in the beginning to set the tone for the rest of the story, so I was glad to not be invited along. After all that, it was time to go back home. I swear these school years feel shorter every year; maybe it’s because I don’t actually remember attending many classes. 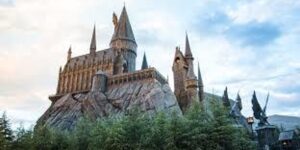 As you can see, this year was interesting, to say the least. As a Hufflepuff, it thoroughly stressed me out, but I definitely learned a lot. And as for the usual yearly report, yes, Harry wore that same blue shirt. The question still remains as to whether he is still growing into it or if he has multiple sizes of the shirt. With any luck, next year will be smooth sailing. The past five years have been one crazy plot twist after the next. Although, with You-Know-Who back, I am sure Harry Potter will find another way to get us all killed.