Tomorrow, Evanna Lynch, who starred in the Harry Potter film franchise as quirky Ravenclaw Luna Lovegood, will be appearing on the BBC Two program Between the Covers to talk about her connection to the Harry Potter series and her newly released memoir.

Between the Covers is a BBC talk show hosted by Sara Cox where “books spark the banter.” Every episode, Cox is joined by four guests, who each talk about their favorite books and review two book club picks.

Lynch is starring in the first episode of the third season, which airs on Wednesday, November 10, at 7:30 p.m. GMT on BBC Two. She is joined by Silent Witness star Emilia Fox, and comedians Dane Baptiste and Andy Parsons.

In a clip that’s been released prior to the start of the new season, the stars discuss the books that take them back to the time and place where they first read them, and Evanna’s choice is Harry Potter and the Order of the Phoenix.

Yeah, I’m going to go for the easy answer here: It’s Harry Potter for me, particularly Harry Potter and the Order of the Phoenix. Whenever I read that book, it brings me back to a very specific time because I was in hospital at the time. That was 21 June 2003, and I was in hospital for 5 weeks, and I had preordered the book, and for kids who didn’t grow up with Harry Potter coming out, they don’t know the anticipation, the excitement, how fun it was to preorder a book and wait for it…

During the program, Evanna also discusses her recently released memoir, The Opposite of Butterfly Hunting. While Waterstones describes it as “raw and compelling,” you’ll have to tune in to the episode tomorrow night to discover what she has to say about it. 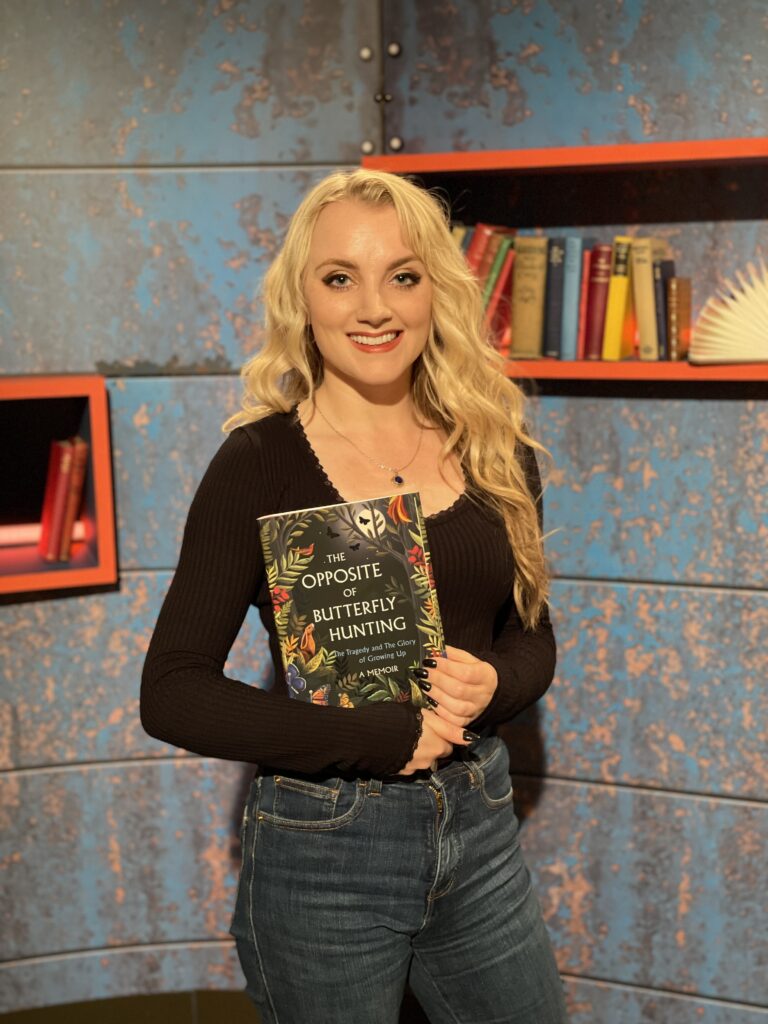 Evanna Lynch holding her new book, “The Opposite of Butterfly Hunting”

Will you be tuning in to BBC Two at 7:30 p.m. on Wednesday, November 10, to watch this episode of Between the Covers? We’re eager to learn more about Evanna’s new book and curious to discover whether she’ll be revealing any more Potter-related memories.