LEGO Harry Potter sets have been a staple of the Potter merchandising for years. The sets that have more recently been released have only gotten better and better.

Hogsmeade Village Visit 76388 (US), (UK Store) released in June 2021, is a wonderful take on some of Hogsmeade’s favorite shopping destinations. Both Honeydukes and the Three Broomsticks are buildable stores in the set. Mr. and Mrs. Flume of Honeydukes, Madam Rosmerta of the Three Broomsticks, Professor McGonagall, Dean Thomas, Harry Potter, and a gold 20th Anniversary Ron Weasley are all included. 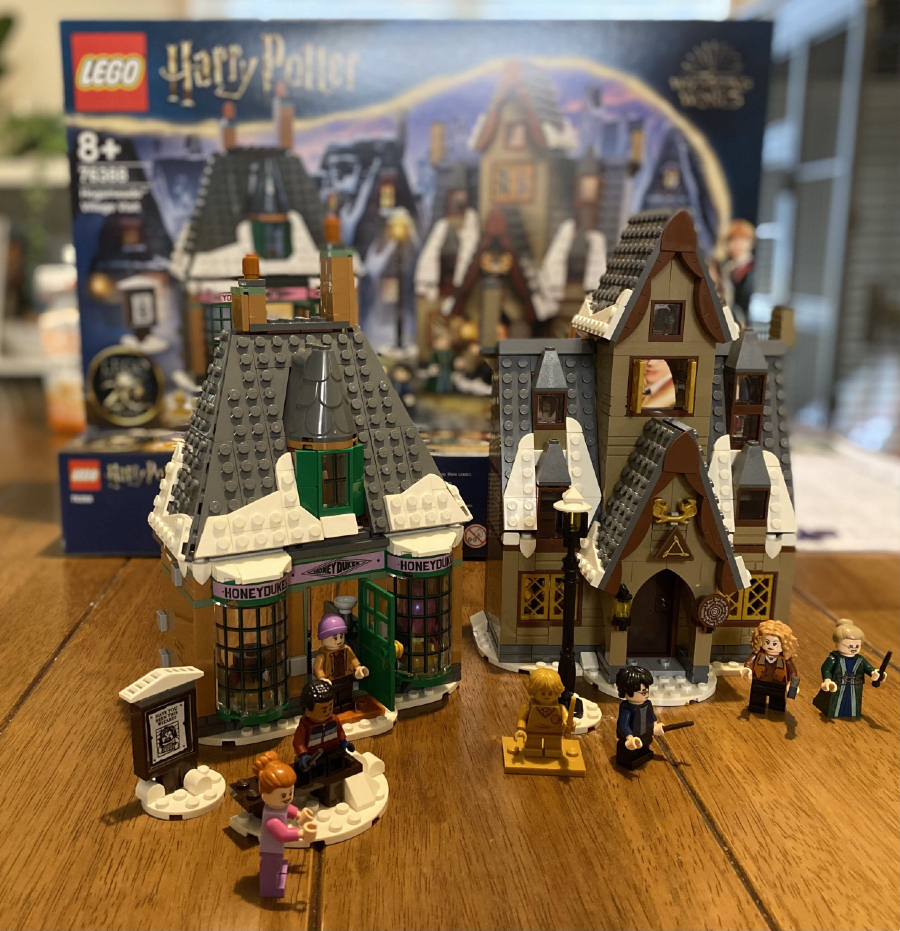 Honeydukes is decorated with an array of candies, accessories, and colorful extras. If only it were a little bigger, it would look like the real deal! Every detail has been thought out. In the windows, you’ll find Acid Pops, popcorn, tarts, and treats. To place outside the candy shop, there’s a lamppost, snow-laden bench, and wanted poster of an escaped Azkaban prisoner. Honeydukes stands about seven inches tall.

The Three Broomsticks – tended to by Madam Rosmerta – features pints of butterbeer, a cozy place to sit, and shrunken heads to greet the guests. The functional front doors, window decals, and snowy rooftops all give the effect of a wonderful day in Hogsmeade Village.

This LEGO Harry Potter set goes for $79 from the online store and comes with 851 pieces.

A copy of the LEGO Hogsmede Village Visit 76388 was sent to MuggleNet by LEGO. All opinions belong to the reviewer.