Potter fans have had several things to look forward to the last few months in celebration of the 20th anniversary of Harry Potter and the Sorcerer’s Stone being released in theaters. After the massive success of Harry Potter 20th Anniversary: Return to Hogwarts, it seems the stars of the films have been popping up more frequently in interviews. Rupert Grint, the one and only Ron Weasley, has had his fair share of media coverage the last few weeks.

We all swooned over the sweetness of the “I love you… as a friend” from Rupert to Emma in the anniversary special. He recently told ITV’s Good Morning Britain about how he would love to reprise his role as Ron since it was “a massive part of [his] life.”

I would love to – I can’t think of a reason not to, really. I love that character, and I love that world. I feel a little ownership of Ron, in a way. It’s a weird thing. I loved seeing the play, loved seeing somebody take that body over. It was a real thrill.

One of Rupert’s latest projects, Servant, is getting some more hype with the third season premiering this week. He joined Backstage, the film and TV podcast from Sky News, to talk about the changes his character, Julian, is facing and missing out on some of the delicacies – like amazing grape juice – on set. The podcast is filled with fascinating tidbits and discussions.

The Servant talk doesn’t stop there. Entertainment Weekly interviewed the cast members about the magical experience filming Season 3. Don’t let the “everything is fine” narrative fool you. Relationships are changing, and it seems like this season is a pivot point. 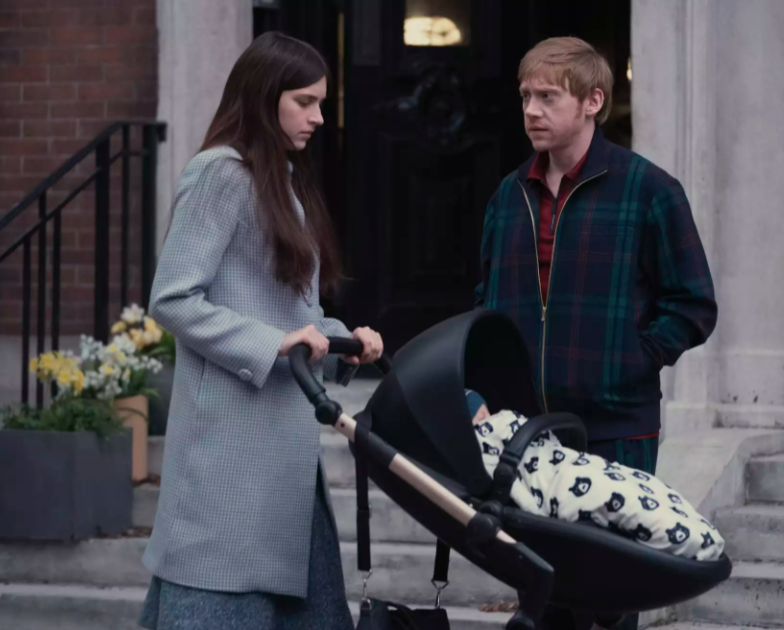 Rupert recently opened up in an interview with the Times, discussing fatherhood and breaking Instagram records. He reveals that his daughter, Wednesday, has cured his insomnia due to the exhaustion of being a new parent. He also mentioned that he’s developed hypochondria about her, but he’s absolutely loving everything about fatherhood. He definitely didn’t expect to break an Instagram record by hitting one million followers so quickly, but we all know that Potter fans are dedicated.

Rupert always seems lovely to chat with. A lot of us are excited for the return of Servant, but we can’t help but hope for a reprisal of Ron Weasley.