The Sin City Classic started in 2008 in Las Vegas, Nevada, as a multi-day LGBTQ+ sports festival. Since then, it has come to be the largest annual LGBTQ+ sporting event in the world. Now Muggle quidditch has joined as the 25th sport.

The event was held on January 13–16, right before the Martin Luther King Jr. Day holiday. The quidditch tournament was only part of the Sin City Classic and was held on January 15–16. It was organized by US Quidditch, which is now also working on the next regional championships. 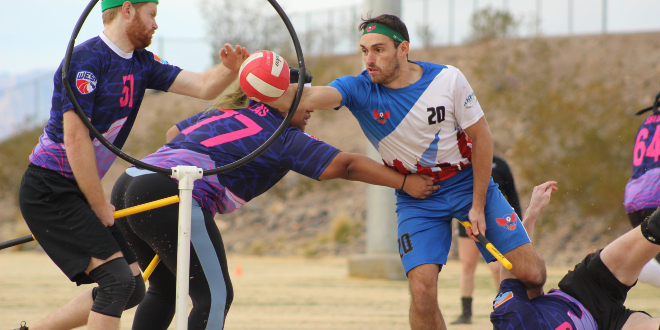 In the final game, the Boston Pandas and the Warriors competed against each other. The Warriors quickly became the clear winner, with a final score of 230–30, and became the champions of the first Sin City Classic Muggle quidditch tournament.