Last season, the Charlotte Aviators joined Major League Quidditch (MLQ) as a trial expansion team. The Ottawa Black Bears and the Toronto Raiders have also been put back on the schedule after they were removed last year because of COVID restrictions. With these three teams, MLQ now has 16 Muggle quidditch teams playing in the 2022 season.

Because of that, MLQ had to change the structure of its divisions. It usually has three divisions of five teams. Now, MLQ had to decide if it would move to four divisions of four teams in each or to two divisions of five teams with a third division of six teams. MLQ decided on the second option. After that, there was another decision. The Rochester Whiteout has played in both the East and the North Divisions. It was clear that it would be the sixth team in its division, but it wasn’t clear if it would be in the North or East Division. MLQ chose the North Division because of the logistics involved.

It is the first time MLQ has had a six-team division, and because of that, a new divisional format was needed. The standard full round-robin would require 15 series in nine weeks and at least three SuperSeries, which would be unrealistic for MLQ. 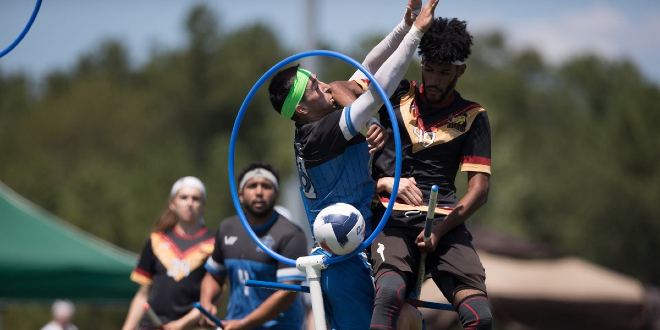 This is why MLQ created the North Division Championship, which will be held a few weeks before its MLQ Championship. The location and dates have been decided, and it will be hosted in South Bend, Indiana, on July 23–24.

Each team will play a three-game home series and a three-game away series within their conference during those opening six weeks. This will give them a final standing within their conference. Then, all six teams will travel to the North Division Championship. During that weekend, the North Divisional Champion will be crowned and the division’s four bids will be handed out. The structure of the weekend is laid out below. All series follow a best 2-of-3 format.

Last year, MLQ created the Next Gen Showcase at the 2021 MLQ Championship. This year, MLQ has created a regular-season series in the East Division for the practice squad.