Awards season is upon us, and once again, several Harry Potter and Fantastic Beasts actors and the films they star in have been nominated. Let’s take a look at the latest wins at the 2022 Hollywood Critics Association Awards and WhatsOnStage Awards. 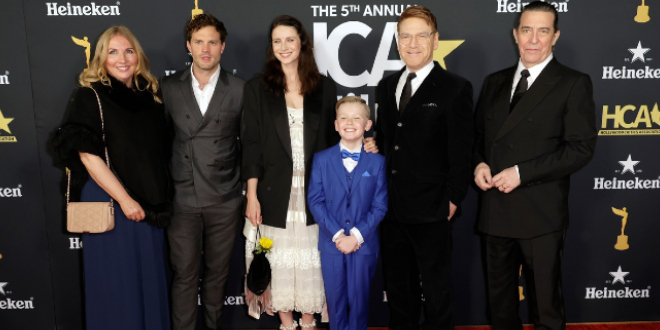 The cast of “Belfast” at the HCA Film Awards

It has now been announced that Belfast won the Best Cast Ensemble award, and Branagh received the honorary award of Excellence in Artistry.

The film only won one award, the Best Actress award, which was presented to Kristen Stewart for her portrayal of the infamous Diana Spencer.

Best Costume Design at the HCA Film Awards went to Jenny Beavan, for Cruella, which stars Emma Thompson (Sybill Trelawney) as the wicked Baroness, for the immensely spectacular costumes worn by the cast.

The winners of the 22nd annual WhatsOnStage Awards have been announced, and Fantastic Beasts actor Eddie Redmayne (Newt Scamander) has been crowned winner of the category Best Performer in a Male[-]Identifying Role in a Musical for his performance as the Emcee in Cabaret at the Kit Kat Club at the Playhouse Theatre, London.

What do you think about the winners? Are they what you expected? Let us know in the comments.