The possible locations were the following:

Once again, our exceptional recreation facilities, warm hospitality, and engaged business community make Howard County an unmatched location for a variety of tournaments and events. It was wonderful to see so many young people competing and so many families watching from the stands. Our entire community is looking forward to another magical weekend. 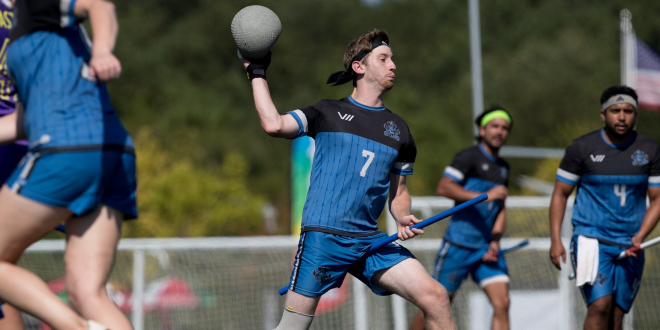 Even Howard County’s Director of Recreation & Parks Raul Delerme thinks of winning the bid as a big success.

Winning the bid for this annual tournament two years in a row is a testimony to our welcoming environment, pristine fields, ample parking, and first[-]rate accommodations. This event brings a joyful atmosphere that my entire staff enjoys.

The MLQ Championship is a season-ending event. The 12 best Muggle quidditch teams from the United States and from Canada will compete against each other and will try to win the Benepe Cup.

Another part of the event is the Next Gen Showcase, where practice squad athletes from the league compete against each other. Last year, MLQ also created Take Back the Pitch, which is trying to create space for members of underestimated genders in quidditch to have the opportunity to show their talent.

Presale tickets for the event are already available.