MuggleNet has confirmed with Scholastic that this is only a change to the cover and that the content inside will remain the same.

The new cover version is available to buy online now, although the title of the book is still showing as the original title on both Amazon and Barnes & Noble websites. You’ll see an image of the new cover with the new title when you choose the paperback option, but since the ISBN remains unchanged, if you want to be sure you’ll get the new cover, we suggest buying it in person.

The original golden cover with the graphic image of the character in the nest has been replaced with a flashy photographic version featuring Harry and Albus. The font used for “Harry Potter” has also been altered to the lightning-bolt-esque font used in the movies. 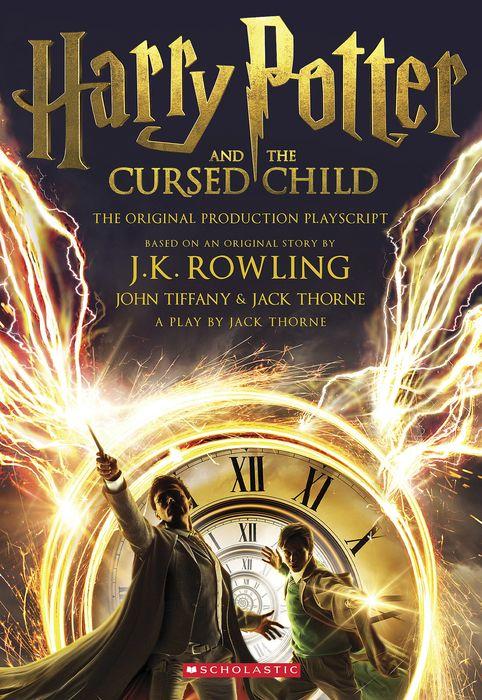 The new cover of “Harry Potter and the Cursed Child: The Original Production Playscript”

Removing “Parts One and Two” from the title and simplifying it to “Original Production Playscript” is likely a reflection of the recent changes that have been made to the two-part production, which, after the COVID-19 pandemic, returned as a one-part play in the North American productions of New York, San Francisco, and Toronto, Canada. The Melbourne production in Australia is also set to become a one-part play in May.

Does this mean that we should expect a new version of the playscript to be released, containing the new, one-part script? Unfortunately, we don’t think it does. Since Scholastic was only willing to change the cover, perhaps due to the expense of publishing a whole new script, this suggests it might not be deemed worth releasing right now. This is sure to cause some disappointment among Harry Potter fans who haven’t been able to experience the new, one-part version in person and therefore don’t know the extent of the reduced story line.

It looks as though this new cover, published by American company Scholastic, is currently only available to those in the United States and Canada. Will you be adding this new cover version to your Harry Potter book collection?