“The Secrets of Dumbledore:” Will Grindelwald Be the New Supreme Mugwump?

Ever since the teaser for Fantastic Beasts: The Secrets of Dumbledore, we have seen this building on top of what looks like a mountain. There were many speculations about what it could be. Still, the recent release of the character posters and the second trailer has shone a lot of light on one possibility: the location of the International Confederation of Wizards. This intergovernmental organization stands to unite the wizarding world across the planet. The head of the ICW is called the Supreme Mugwump.

Through the character posters, we were introduced to three fairly new characters – Vicência Santos, Liu Tao, and Anton Vogel. 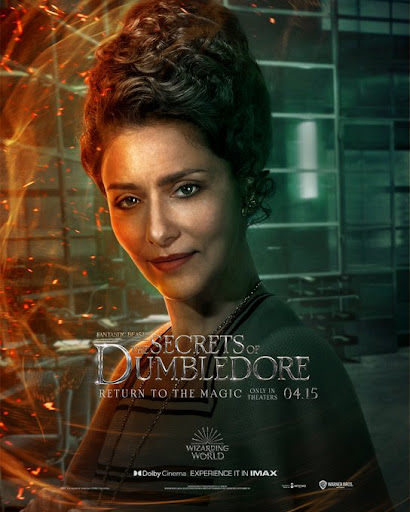 Our eagle-eyed theorists have spotted Vicência Santos quite a bit in the first trailer. The banners raised in her support read “Cheffe Suprema,” which is Portuguese for Supreme Head. It would be fair to assume that she could be running in the election for Supreme Mugwump, representing Brazil at the International Confederation of Wizards.

Liu Tao’s name might seem unfamiliar, but it had briefly appeared in Nicolas Flamel’s phoenix-embossed book of allies in Fantastic Beasts: The Crimes of Grindelwald, which makes him a likely Dumbledore-ally. 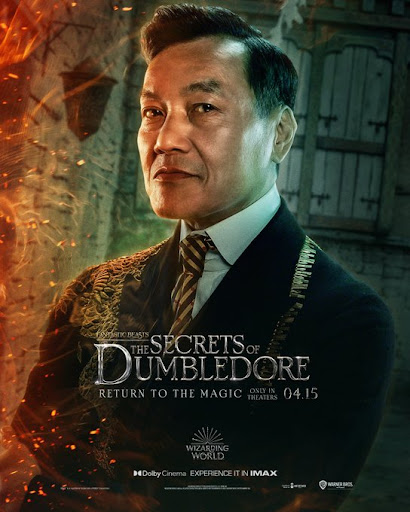 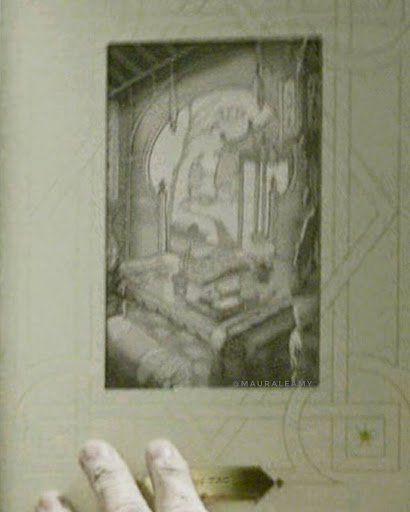 A banner that appeared in the first trailer read in Chinese “堅決支持劉洮選為國際魔術協會主席” which is translated to “Firmly support Liu Tao’s election as the president of the International Magic Association.” 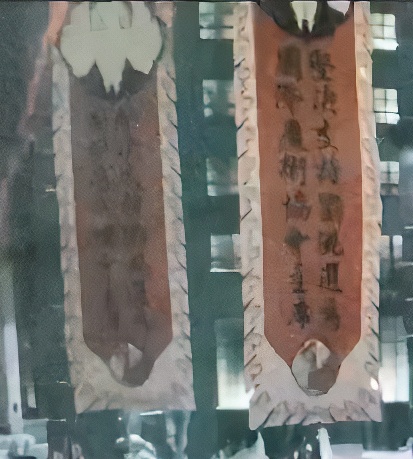 This suggests that Liu Tao could be running in the election for the position of Supreme Mugwump against Vicência Santos. 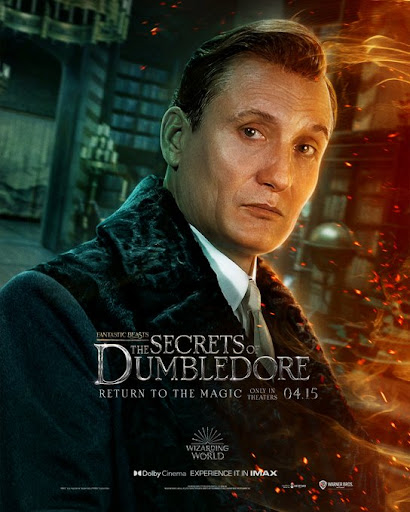 This is where things get interesting.

Referring to a close-up of the earlier still, we can see that there are three banners at the entrance of the International Confederation of Wizards building. 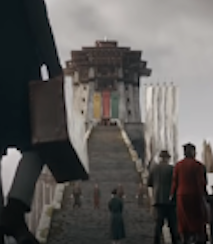 The yellow could represent Vicência Santos:

Newt next to Vicencia santos banner

The reddish-orange could represent Liu Tao: 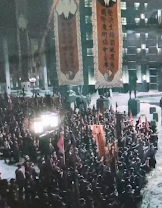 Then who does the green banner represent?

We think it could represent the one and only Gellert Grindelwald. The Elder Wand held by Grindelwald in the poster is shining green. At first glance, it seems to represent the Killing Curse, which is curious. Using the Killing Curse in public wouldn’t exactly cater to the image of a “wizarding hero” that Grindelwald has been striving to create.

Moreover, it seems that he has gained the support that he set out to get using that image of a wizarding hero:

So, what if the Killing Curse-like green is a misdirect?

The green might represent Gellert Grindelwald and his allies. In the posters released, each of his followers has a green hue around them. What if this is representative of their support for Grindelwald?

Moreover, this particular clip from the second trailer shows the crowd firing colored spells to perhaps show their support for the candidates. Look closely, can you see some orange for Liu Tao and yellow for Vicência Santos? It is interesting to note that there is significantly more green. These could be the supporters of Grindelwald; in fact, his face is even on the large banners:

Becoming the Supreme Mugwump of the International Confederation of Wizards would increase Grindelwald’s power and aid him in dominating the wizarding and Muggle worlds. But would it be that easy to win the election?

Alas, it seems that Gellert Grindelwald could stand victorious.

This very scene in the teaser could prove that:

The logo appeared up close in the second trailer, and here we can easily spot the Deathly Hallows symbol, as well as two mirroring “G” s:

The green fireworks have Grindelwald’s mark, his face is on the large banners on the side, and the Dark wizard himself publicly announces his agenda:

Our war with the Muggles begins today!”

This still also shows two individuals who could be Vicência Santos and Liu Tao on either side of Grindelwald, seemingly wandless and defeated or having joined his cause as well:

And lastly, this clip from the second trailer where the Grindelwald-green banners replace the yellow and orange ones:

As satisfying as it would be to see Albus Dumbledore prevail, perhaps it is too soon in the Fantastic Beasts series for Gellert Grindelwald to lose. His every victory would increase his dominance over the wizarding and Muggle worlds, just as his vision suggested. The stakes would increase until Dumbledore finally faces his guilt and his fears and defeats Grindelwald.