The Trailer for “Fantastic Beasts: The Secrets of Dumbledore” Is Here!

At long last, the first trailer for the third Fantastic Beasts film, Fantastic Beasts: The Secrets of Dumbledore, has arrived. Watch it below, and scroll down to read our first impressions and take a closer look at some stills from the film.

So what have we spotted in our first watch of this exciting new trailer?

Sir Michael Gambon. Yes, one of the two actors to play the Hogwarts headmaster in the Potter movies makes an appearance. Is it a flash-forward? Is Jude Law’s Dumbledore looking into the Mirror of Erised? We can’t wait to find out.

Speaking of Dumbledores, Aberforth makes his first appearance in the Fantastic Beasts series, played by Richard Coyle (Chilling Adventures of Sabrina). There has been speculation that the landlord of the Hog’s Head would be involved in this film since Coyle changed his location on social media to Hogsmeade.

Eulalie Hicks joins Newt, Theseus, and Jacob in Germany, suggesting that she will be an integral part of the action in this movie. Bunty also appears to be more involved in this film after she was introduced as Newt’s assistant in Fantastic Beasts: The Crimes of Grindelwald. While we’re excited to see Eulalie and Bunty join in on the action, there is sadly no sign of Tina in this trailer. However, we do get to see the returns of Yusuf, Credence, Queenie, and of course, Grindelwald (who is now played by Mads Mikkelsen).

In terms of locations, we now know that we will definitely return to Hogwarts. We also get our first look at Berlin, China, and Bhutan, which were confirmed as places that would appear in this film back in October.

Finally, it also looks as though Jacob is going to get a wand! We hear Newt say, “Dumbledore asked if I’d give you something,” before handing over a wand to the No-Maj baker from New York. What could go wrong?

The arrival of this trailer comes much closer to the film’s release date than trailers for the first two films in the series did, which seems to suggest Warner Bros. has been being extra careful in crafting its marketing campaign to make sure this film does better than Crimes of Grindelwald.

Warner Bros. promises this film will “dive into the complex, high-stakes relationship between Grindelwald and Dumbledore to unlock the story of these two legendary wizards” and that it is “an action-packed cat-and-mouse game of secretive plans, mysteries and fun twists and turns.” Whispers from test screenings, such as this report that a certain character won’t appear, have said that the movie is fun and exciting. And this trailer is sure to get audiences excited to dive back into the wizarding world after over three years.

Take a closer look at some stills below, and read our shot-by-shot breakdown for more.

Pickett sits on Newt’s shoulder amid a dark forest in “Fantastic Beasts: The Secrets of Dumbledore.” 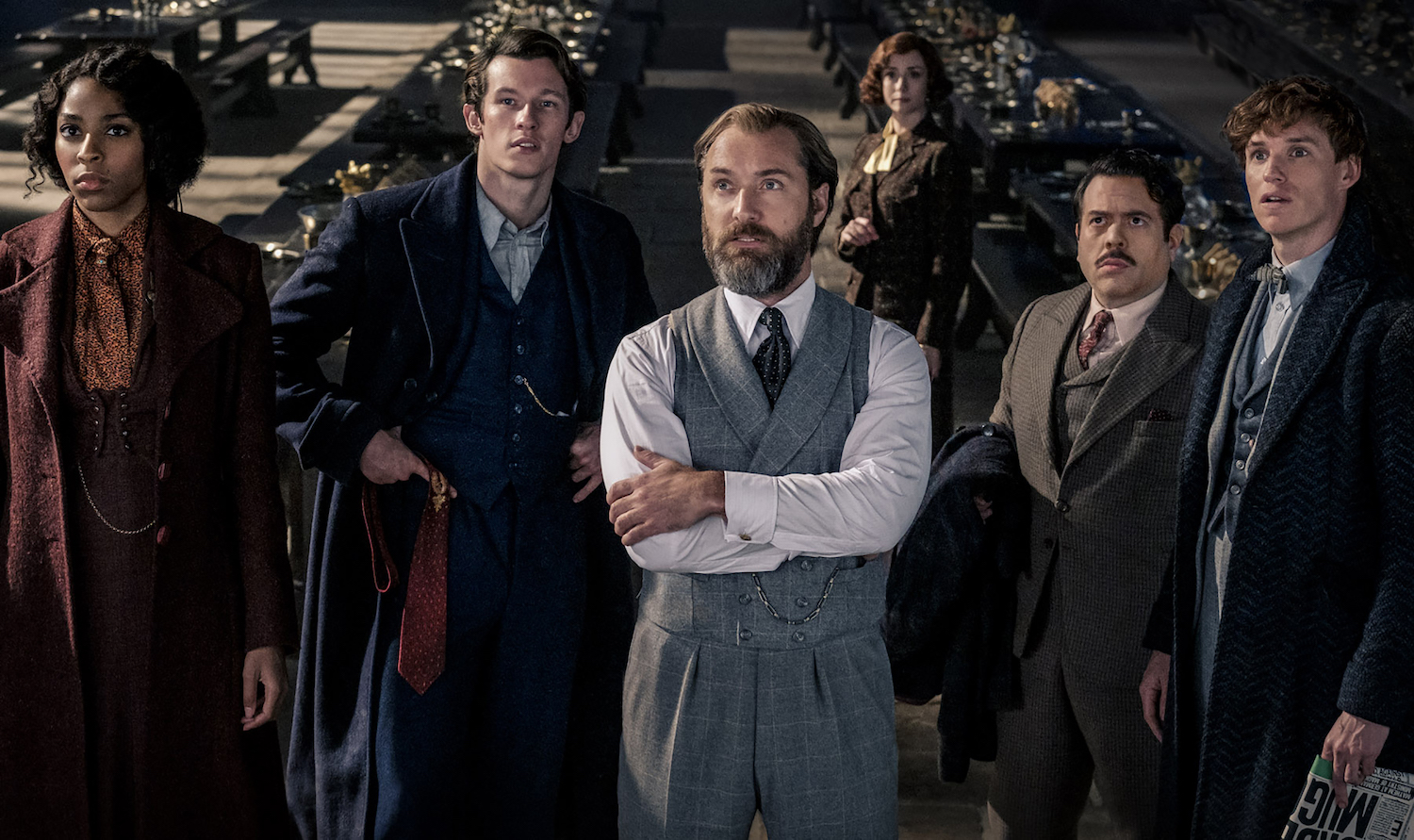 Eulalie Hicks, Theseus, Dumbledore, Jacob, Newt, and in the background, McGonagall stare at something in the Great Hall of Hogwarts.

Grindelwald (now played by Mads Mikkelsen) seems to be extracting a memory from someone in “Fantastic Beasts: The Secrets of Dumbledore.” 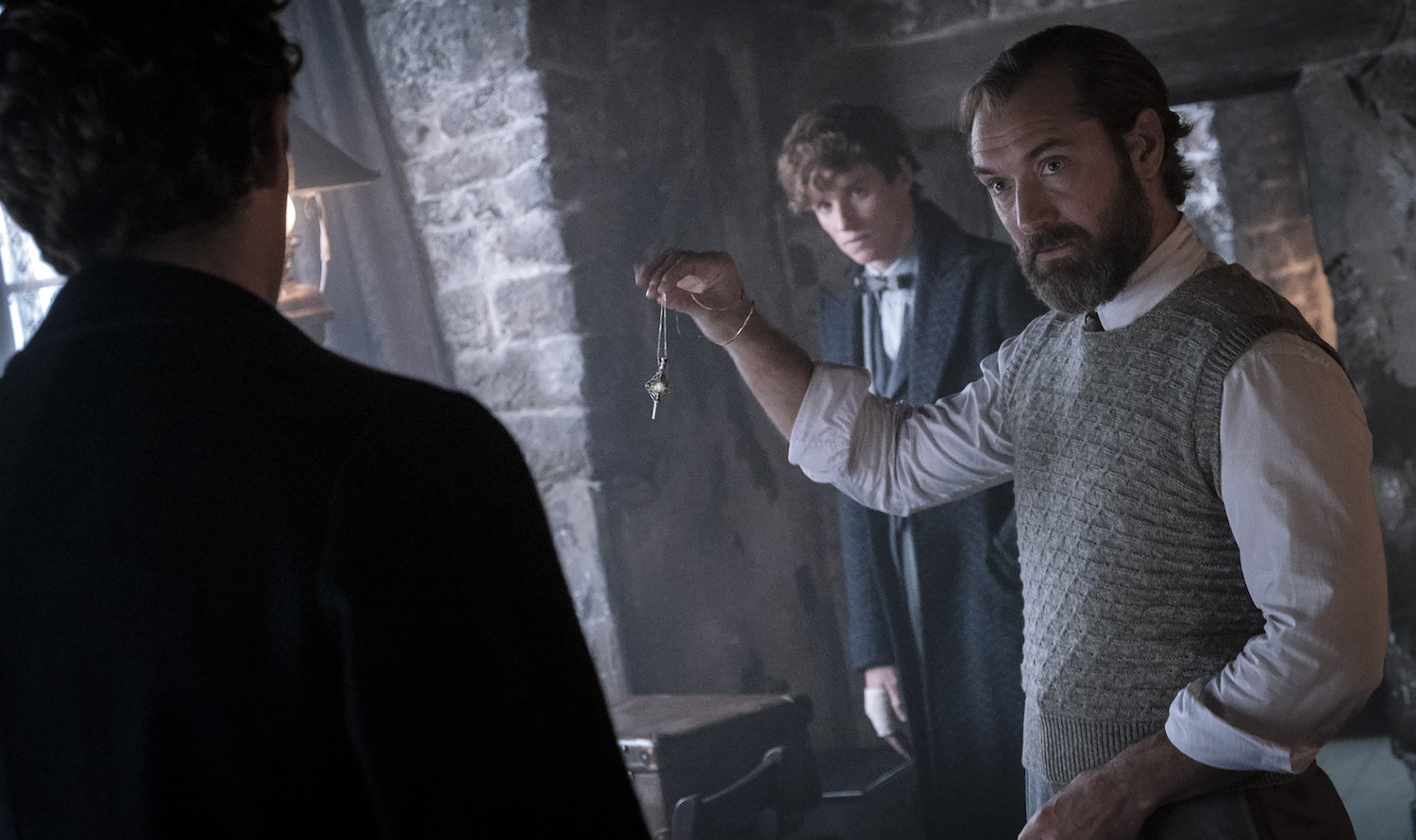 Dumbledore holds up his blood pact, with Newt standing behind him.