Welcome to this week’s Casting News! After taking you through this year’s magical BAFTA TV nominations last week, we’ve got more award nominations from across the Wizarding World and a couple of first clips featuring Hero Fiennes Tiffin and Kelly Macdonald, as well as teasers about a Doctor Who reunion and a magazine front cover starring Zoë Kravitz. Castium Revelio!

First up, though, we've got a release date to announce for a new podcast set in the DC Universe. Batman Unburied is a Spotify-exclusive podcast that is set to star Black Panther's Winston Duke as Bruce Wayne and Jason Isaacs (Lucius Malfoy) as Alfred. The series marks the start of a partnership between the two companies and will be released worldwide on May 3. Will you be tuning in?

Next up is an announcement from Gary Oldman (Sirius Black). He's set to make a brief appearance in Christopher Nolan's upcoming biographical film Oppenheimer. We know very little about his role in the film, although he described it in a recent interview as "one scene, a page and a half."

Stephen Fry (narrator of the UK audiobooks) has become a patron of a children's charity based in Standlake, England. The Mulberry Bush is a charity that specializes in helping people who have been made vulnerable due to childhood trauma through outreach programs and specialist therapeutic services. Fry stated that he is "proud to be involved with an organization whose work has such a positive and lasting impact." 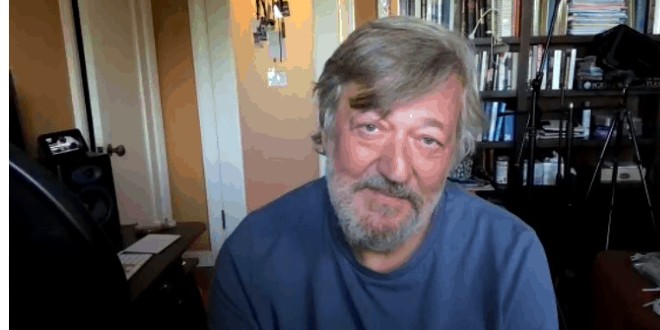 Fry also joins the ever-growing list of Wizarding World alums to be nominated for an award this year! His podcast, Edwardian Secrets, has been nominated in the Best Factual Series category at this year's Audio and Radio Industry Awards. The ceremony will take place on May 3 at the Adelphi Theatre in London. Good luck to Fry!

Fry isn't the only award show nominee we have this week. Composer John Williams is one of the nominees for the Global Awards Best Classical Artist award! This year marks the fifth year of the awards, which bring together all of the radio stations owned by the media company Global, including Capital, Radio X, and Classic FM. Good luck to Williams!

We've got a teaser to show you next! After Ever Happy is the third and final installment of the After series, and we've all been excited to see what Hero Fiennes Tiffin's (11-year-old Tom Riddle) character, Hardin, will do next. Take a look at the trailer and let us know your speculations for the film below!

Ciarán Hinds (Aberforth Dumbledore) has a full planner for the near future. He'll be partaking in a talk with Siobhan McSweeney (Derry Girls) at the Fastnet Film Festival in Schull, Ireland, next month about his 2020 film The Man in the Hat. Hinds stars in the film, which centers around his character's eccentric encounters. The festival will run from May 25 to May 29, with no exact date for when Hinds will be attending.

Hinds will also be performing in the Smock Alley Theatre's production of The Soldier's Tale over the summer. The play follows a soldier who believes that he has traded with the devil in order to gain wealth and success, and it will run from May 29 to June 4. Are you hoping to catch Hinds's performance?

David Tennant (Barty Crouch Jr.) will reunite with ex–Doctor Who showrunner Steven Moffat. Moffat has written a thriller drama called Inside Man, in which Tennant will star as a priest. He described that the show's central idea is that "anyone can be a murderer" and said that "Most detective shows are whodunits. This one is more like a ‘who will do it.'"

We have some more news about Operation Mincemeat, a film set during the Second World War starring Jason Isaacs and Kelly Macdonald (the Gray Lady). The film's release was delayed back in December, but now we have a trailer from the film! In the clip, we see characters making up details of a cover story for fictitious Marine officer William Martin. Check it out below!

There's exciting news from the Olivier Awards across the Wizarding World. Tom Felton and Noma Dumezweni (Hermione Granger in the original Harry Potter and the Cursed Child cast) have both been named as part of the presenting team, although their exact roles haven't yet been announced. Fantastic Beasts' s Eddie Redmayne (Newt Scamander) will be on the red carpet alongside Cabaret costar Jessie Buckley. The awards will be broadcast on YouTube and on ITV for UK viewers on Sunday, April 10.

Samantha Morton (Mary Lou Barebone) has shared some very exciting news for all Walking Dead fans. Her character, Alpha, will return to the show's spin-off series, Tales of the Walking Dead! Although plot details are being kept very secretive, we haven't seen the last of the leader of the Whisperers.

Last up this week is a magazine cover for Zoë Kravitz (Leta Lestrange). She's starring on ELLE Canada's May cover, alongside an interview in which she discusses her directorial projects and forging her own identity. The issue will be available beginning April 11 in person and on the Apple+ News Store, but the cover has already been released! You can have a look below. 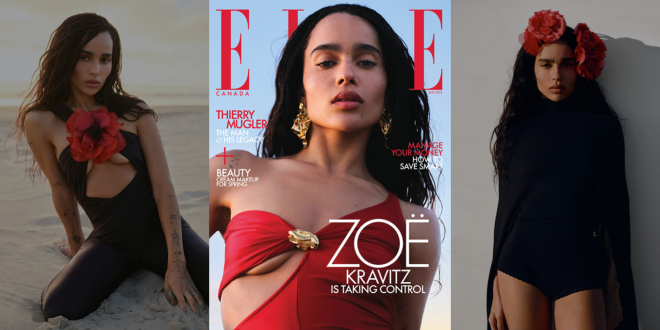 That’s a wrap on this week’s Casting News! Which of these shows are you most excited to watch? Let us know in the comments below. Here’s a final wish of good luck to all those who have been nominated for awards!