The largest and most prestigious Muggle Quidditch tournament for teams in Europe, the European Quidditch Cup, was held last month – or at least the second division. It all happened on April 23–24 in Brescia, Italy, and 24 teams from 11 national governing bodies participated.

As we recently explained, the first part of the tournament was the group stage. All teams were divided into six groups of four, and teams played against all the other teams in their respective groups. After that, teams moved into the flight stage based on their rankings. They had to play two other matches. Based on their rankings from that stage, they were further divided into three brackets: upper, middle, and lower. 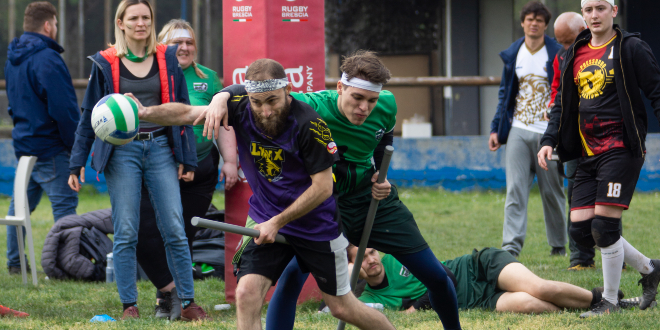 The final game for first place was held between Dementores A Coruña and Bielefelder Basilisken. The score was 170–130 when Dementors A Coruña caught the snitch, got another thirty points, and – with a final score of 200*–130 – became the champions.

For Quidditch Europe, which organized the tournaments, it’s not over yet. The first division will be held soon, on June 4–5 in Limerick, Ireland.