Skelley took a San Francisco news station on an excursion of his favorite pre-show food stops before the three-and-a-half-hour journey onstage. He usually has an early dinner around 4 p.m. so he can make it to the Curran Theatre before his call time at 5:30 p.m. and be ready for a night of magic. Skelley claims a California club sandwich from Flour + Water Pasta Shop is the perfect bite to keep a wizard full for a night of performing.

The bread’s amazing; it’s kind of got the perfect mix of turkey, bacon, lettuce, peppers, avocado. This will keep me going until 11 p.m.

We wonder if this is something the house-elves at Hogwarts know how to make. Skelley might play a wizard, but just like a lot of us, he needs a caffeine fix to make it through the workday. Dandelion Chocolate is another stop before the theater so he can get an iced chocolate chai that has “a little bit of caffeine, a little bit of sweet.”

At a café in Melbourne, Gareth Reeves sat down with the Sydney Morning Herald and got into the joys and pains of playing Harry Potter. Reeves has been involved with Cursed Child since 2019 and admittedly loves it. This production was his first full-time gig, and that’s made him extremely grateful and interested in giving back.

I’m interested in being an advocate and learning more about my industry and its challenges.

Now that Cursed Child is a one-part production, the demands on the actors are higher and allow them one day off a week. This can be difficult for a dad like Reeves who has a 26-year-old and an 8-year-old who loves bedtime stories from dad.

On top of the busy schedule, Reeves recently suffered a shoulder injury during a performance of Cursed Child. During Harry’s duel with Draco when he gets flipped upside down, something “kind of went a little funny.” Following that scene, he makes a sliding entrance through a fireplace, ended up landing heavily, and seized his shoulder. Reeves must truly be a wizard because he still made it through the rest of the performance. He’s undergoing treatment now and wouldn’t want to do anything else except be Harry Potter at the Princess Theatre. 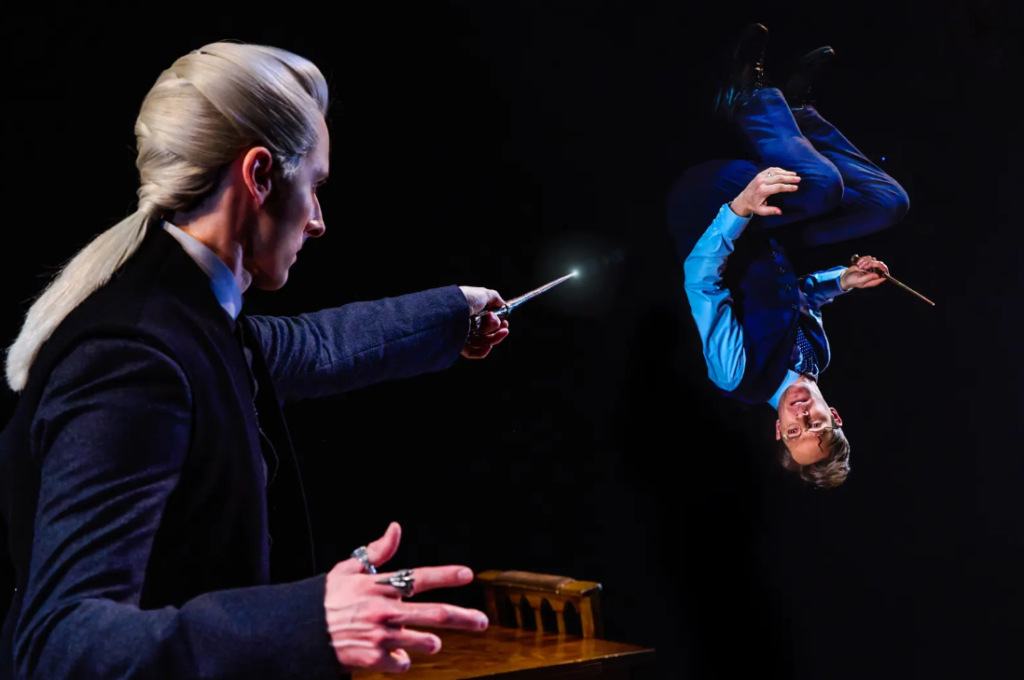 It takes a lot to step into the shoes of Harry Potter. Whether it’s finding the perfect preperformance meal or perfecting work/life balance, we could all use some magic and caffeine to make our lives easier.