The International Quidditch Association (IQA) recently revealed the participants of the IQA Continental Games. The news that Australia and Hong Kong will attend the IQA European Games raised a reaction, but the announcement about the IQA Pan-American Games is more surprising.

This year, the Pan-American Games will be held in Lima, Peru, on July 8–10. In the manual for bidding, the IQA mentioned that it expects the attendance of four to ten teams.

Now, the IQA has announced that only three teams will participate. Only Mexico will attend the tournament again; the other two, Brazil and Peru, are new participants. It is the most surprising that the other teams will not participate. The main question is what their reasons are. 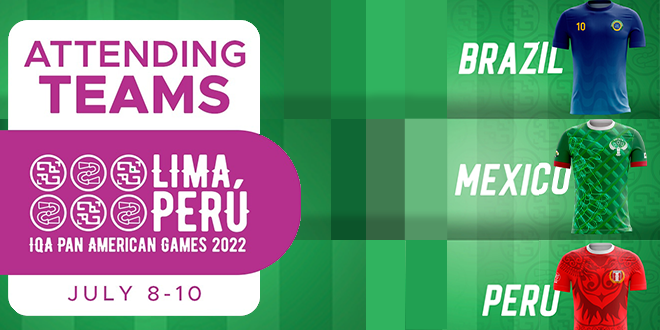 US Quidditch (USQ) has around 3,500 Muggle quidditch players and 150 teams, and that’s why it doesn’t look like they wouldn’t have enough players. One reason might be a lack of finances for traveling. Another possible reason is that they simply decided not to go.

The Muggle quidditch community reacted to that in the Facebook comments. Falco Corvara from Argentina explained there why his country doesn’t participate: The time between the announcement of the event and the event itself was too short, and they didn’t have enough time to prepare and find the finances. He also mentioned that USQ would probably prefer to go to the European Games.

This is because ‘we have lower level’ and we are not something ‘competitive’; USQ prefers to go to EGs. A total lack of respect.
Plus, [the] IQA; I don’t ever consider that they were announced on short notice and in the middle of the year where it is winter, when most big events are usually in December, which is summer.

Also in the comments, João Pedro Dias criticized the IQA, saying that it doesn’t make sense for an international governing body to organize continental games.

When the competition takes place in the North, people from the South won’t have the resources to go (invariably, it can even happen once in a while, but it will be the exception), and they, since we didn’t go to there the first time, they won’t be interested in coming here. Even all our complaints that they don’t care about us can be very well countered by them with ‘but when the competition was here, you didn’t come either’. I don’t think that’s the discussion; the discussion is that this will happen because, in fact, we don’t belong to the same continent, be it economically, culturally, socially, etc.

These reactions and the reasons why Canada and the United States have chosen not to attend are only speculation. USQ has not made any statement about their not attending. Instead, USQ recently announced the US National Team roster of players and created a fundraiser for them. It isn’t clear why.

The USNT and USNTDA are participating in a tournament later this summer. We can’t say just yet what it is, but [it’s] a once[-]in[-]a[-]lifetime opportunity for our athletes. For some, this event is fiscally out of reach. Given our athletes would be flying into one location from across the US, cost per athlete varies greatly. At the link above is the estimated total cost for each aspect of their trip. Any excess funds raised will go toward 2023 IQA World Cup fees.

The explanation might be that USQ decided to organize a new tournament for North America, but it probably would have been announced already. USQ might also find an opportunity for the tournament somewhere else.