Renamed Quidditch Will Be Aired Live on ESPN

It was clear that US Quidditch had something in the works when it chose not to participate in the IQA Pan-American Games but still prepared a fundraiser for the national team. US Quidditch, now renamed US Quadball (USQ), was preparing for an upcoming tournament between the United States and Canada, set to air live nationally for the first time.

USQ and other Muggle quidditch governing bodies recently announced that they would be changing the name of the sport to quadball. It was one of the steps taken to grow the sport beyond the Wizarding World fandom, and this tournament is the next step. This will mark the first official tournament played using the “quadball” name.

The tournament, which will be held in Rock Hill, South Carolina, will be featured on ESPN2 as part of ESPN8: The Ocho on Friday, August 5. It also will be the first appearance of quadball or quidditch on the ESPN networks. This would have been difficult under the old name because the trademark for “Quidditch” is owned by Warner Bros. 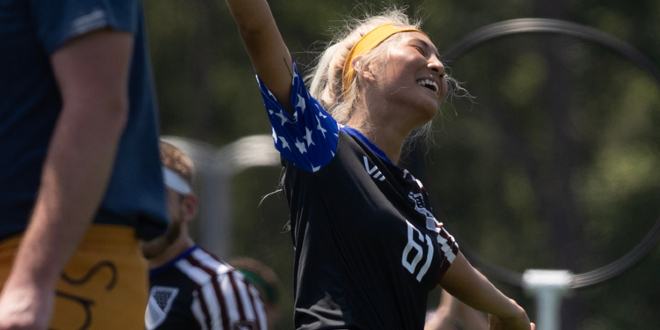 ESPN2 will stream 14.5 hours of live events of different sports from Rock Hill, including the World Axe Throwing League, Pogopalooza Cup 2022, and the USA Dodgeball All-Star Showcase. Quadball will be streamed at noon ET, and tickets are available to purchase with a “pay what you can” model, starting at a minimum of $10 for adults.