Drarry Incorrect Quotes That Give Me Life ft. Literally Everyone

As you probably know, Pansy has had her fair share of wanting to bang her head against the wall because of Draco and Harry’s stupid shenanigans – because, after all, it just isn’t Drarry without chaotic hilarity, right? And we’re pretty sure that absolutely everyone agrees with that, and that includes everyone who’s ever seen the two have a go at each other. So… we can only imagine the crisis literally everyone, including Theo, Remus, Sirius – Merlin, even Lucius – is going through.

Are they happy that these two prats are finally together? Are they sneakily collecting Galleons from their winnings in the “How long will it take Potter and Malfoy to date?” betting pool? Are they tearing their hair out because of the sheer chaos those two are causing?

So many emotions and questions running rampant – and now, you get the front-row seat as they’re thrown into the fray. 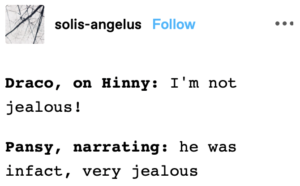 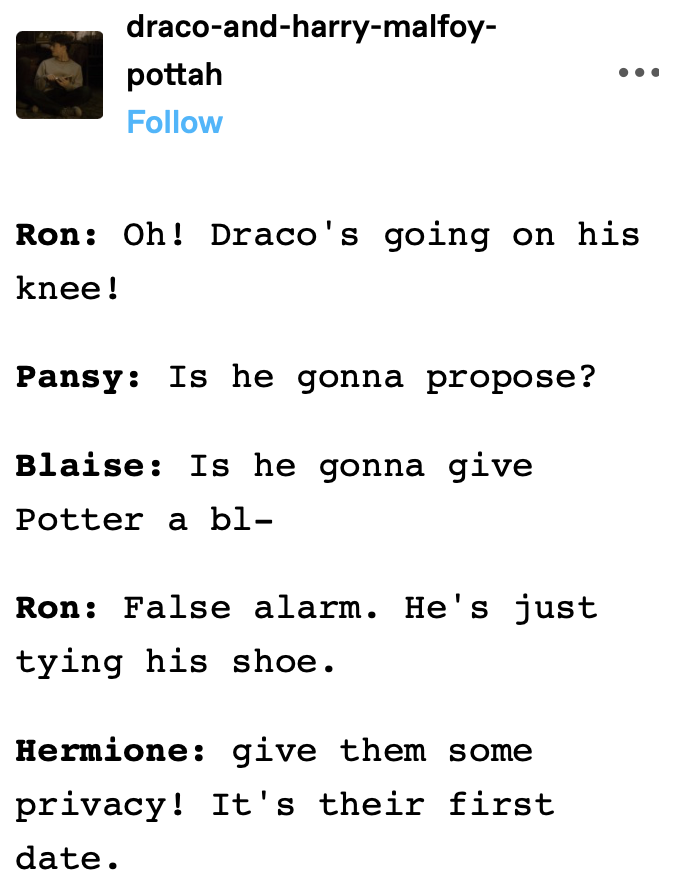 Hah. We just know that Pansy and the rest of Draco’s friends in Slytherin definitely constantly tease the mickey out of those two prats. Their mischief combined with Ron and Hermione’s annoyance because it’s taking way too long to happen is one hilariously chaotic concoction, indeed. 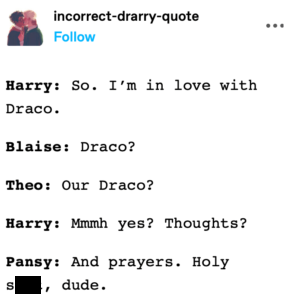 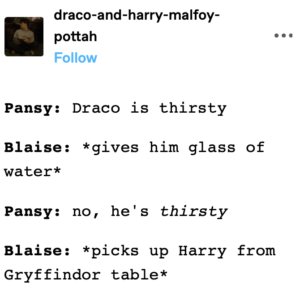 *Proceeds to jump and point* See? SEE? Even without Ron and Hermione, these green-adorned friends of theirs are always going to make fun of these two, and we can’t really blame them.

Also, you can’t tell us that that wasn’t their reaction when they first found out about Harry pining for their best mate. You just can’t. 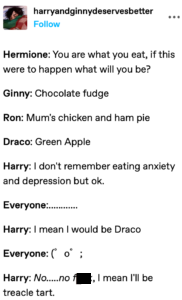 And here, ladies and gentlemen, is the primary exhibit for the “I should not have said that” group because, really, Harry? C’mon, mate, you’ve got to at least try to not give them teasing ammo. 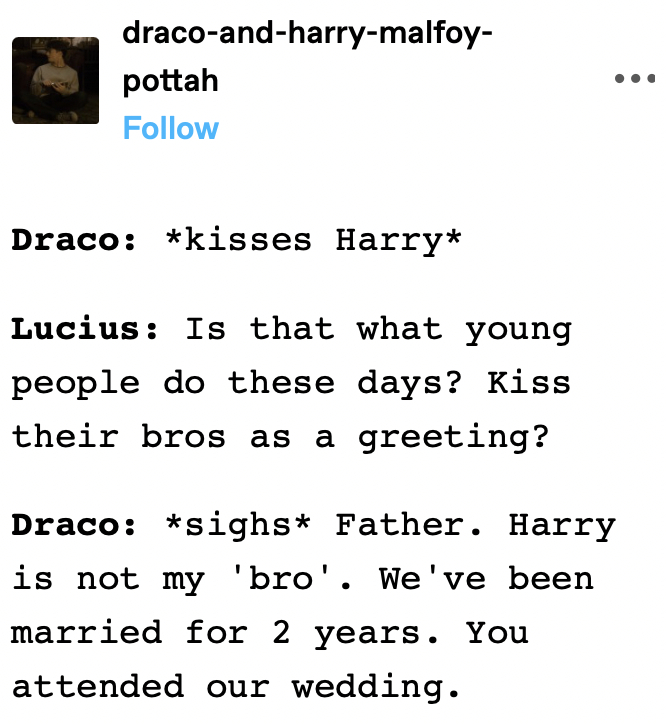 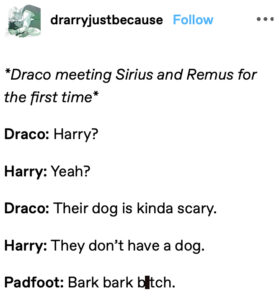 Sirius is almost always amused whenever Harry talks about his shenanigans with Draco, but there’s no way he didn’t try to mess with the poor sod when Harry introduced him and Remus. Also, Lucius, you deserve to be chucked into the “history hates lovers” group. 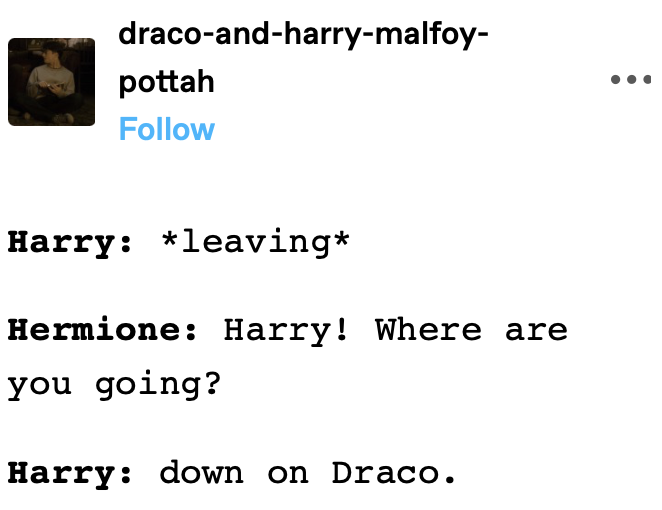 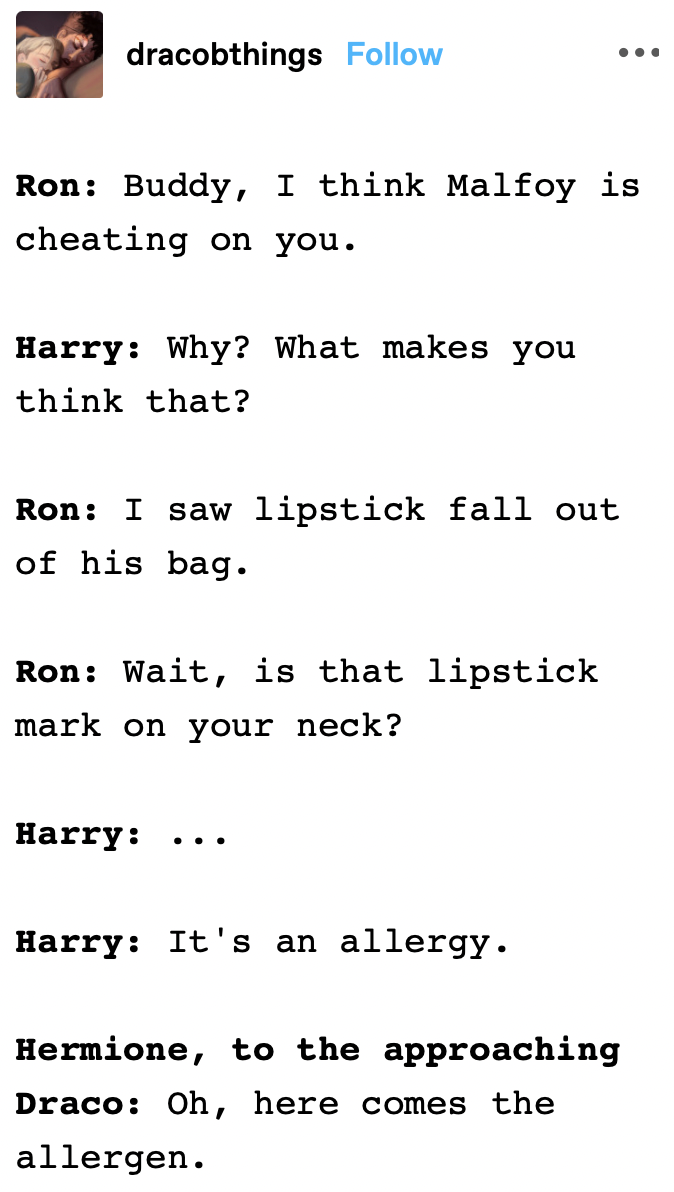 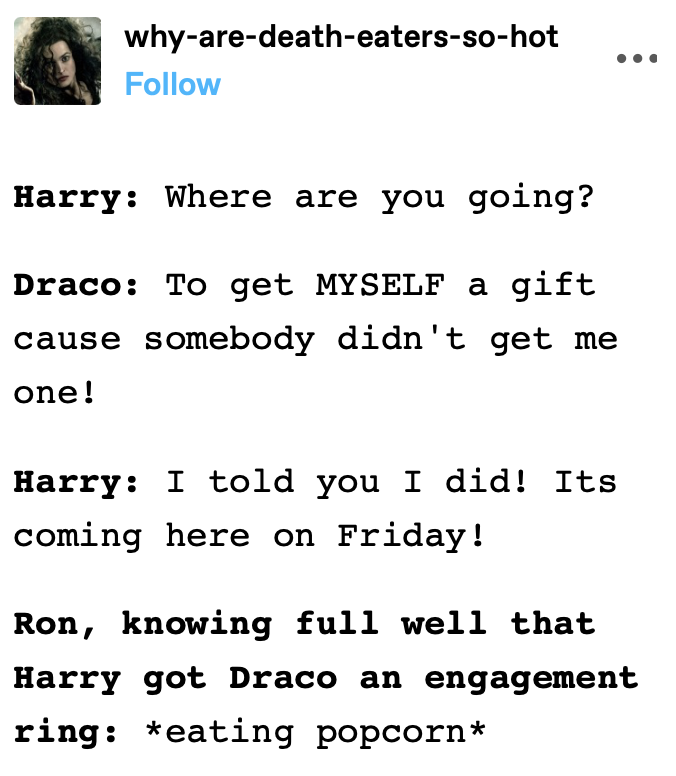 Ron and Hermione wholeheartedly support Harry but also want him to stop putting these images in their minds. Meh, at least they get front-row seats to the best entertainment ever: Drarry bickering (which, by some bloody miracle, is even worse than when Ron and Hermione bicker – and that’s saying something).

Aaaannndddd that’s enough chaos for today. Merlin knows these poor souls need a break from the most chaotic pair of lovers in existence.

Don’t forget to tell us about your favorite Drarry headcanons in the comments!