Fred and George Gave Me a Tour of Hogwarts – OMG!

James Phelps (Fred Weasley) surprised a group at Warner Bros. Studios Tour in London recently by taking them on a VIP tour of the set. But when I was a student at Hogwarts, I got a tour of the real castle lead by both Fred and George Weasley. Here’s my story…

Remembering Dinner in the Great Hall

On the eve of Christmas, MuggleNet takes a moment to relive Dinner in the Great Hall.

Seven magical reasons to join us at Expo Patronum!

Are you a Muggle still trying to decide if you should attend Expo Patronum? Not sure what kind of experience you’ll have or what to do in London while you’re there? We’ve come up with seven magical reasons why you should pack your trunk and get your fireplace connected to the Floo Network for this exciting new event. 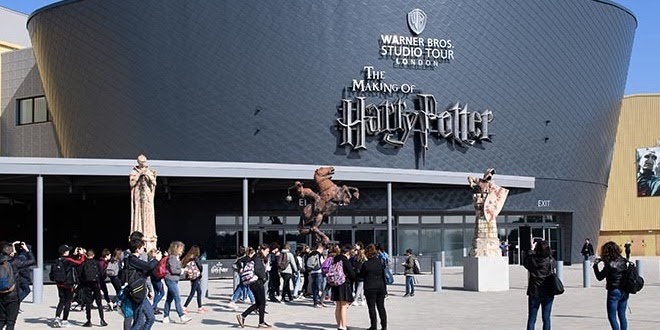 Since the grand opening, the tour has won over the hearts of fans and critics alike with its inside look into bringing this iconic story to life.

Event Report: Secrets Will Be Revealed at the WB Studio Tour

The WB Studio Tour’s “Secrets Will Be Revealed” event made for a very merry holiday season indeed!

MuggleNet got an early look at the Warner Bros. Studio Tour London – The Making of Harry Potter. Now, we can share it with you!

Fan Josée Leblanc got an early look at the Warner Bros. Studio Tour London – The Making of Harry Potter. Now, we can share it with you!