As a Potter fan, upon hearing that the manuscript for Philosopher’s Stone was on display in the British Library (a convenient ten-minute walk from my dorm), I promptly made my way there first thing this afternoon. The exhibition cost £5 and was surprisingly empty. The exhibition itself is called Writing Britain and is about depictions of Britain in British literature, with Harry Potter representing King’s Cross in London.

The exhibition on Philosopher’s Stone consists of a paperback of the book “kindly lent by the author,” two written pages from the manuscript, and a blurb talking about how Harry leaves Little Whinging via King’s Cross. The two pages are both from Chapter 6, “The Journey from Platform Nine and Three-Quarters.”

The first page is the first page of the chapter, written in light-blue ink with lots of crossings out and some hearts doodled in corners. The second page is in black ink, the scene where Harry observes the Weasleys on the station. There are almost no edits of this scene; it’s almost exactly as it is in the book. But there were some interesting things to glean from the first page.

The first thing to notice is the different names. Apparently, Dudley was originally called “Didsbury.” It’s certainly not a name I can picture him with; it sounds so posh. Maybe that’s why Aunt Petunia still calls him “Diddy.” Instead of “Didsbury,” which occurs twice on the page, we got “Dudley,” a historic English surname from Tudor times.

More interesting is that Harry’s faithful owl Hedwig was originally called “Kallicrater,” if I can make out the writing correctly (difficult because it was all crossed out). And Jo originally had the owl’s name just “come” to Harry out of the blue. Don’t know if that is the first name that would occur to him, which may be why the owl was later renamed “Hedwig” and Harry drew inspiration from his history textbook.

The next passage, all crossed out, references Harry’s familiar habit of putting up a calendar and counting down the days until he goes to Hogwarts. This makes a reappearance in the next few books but was excluded from Philosopher’s Stone if memory serves me right.

Another small change is that in this draft, apparently, the academic year starts nine days earlier. Harry approaches Vernon on the eve of his journey via the Hogwarts Express, and the date is given as August 21, which would mean the journey itself would be August 22 – and as we all know, the journey is always on September 1 in the books (which is seemingly always a Sunday – like magic!).

The remainder of the page is as we see it in the book, with only the occasional swaps between pronouns and names. 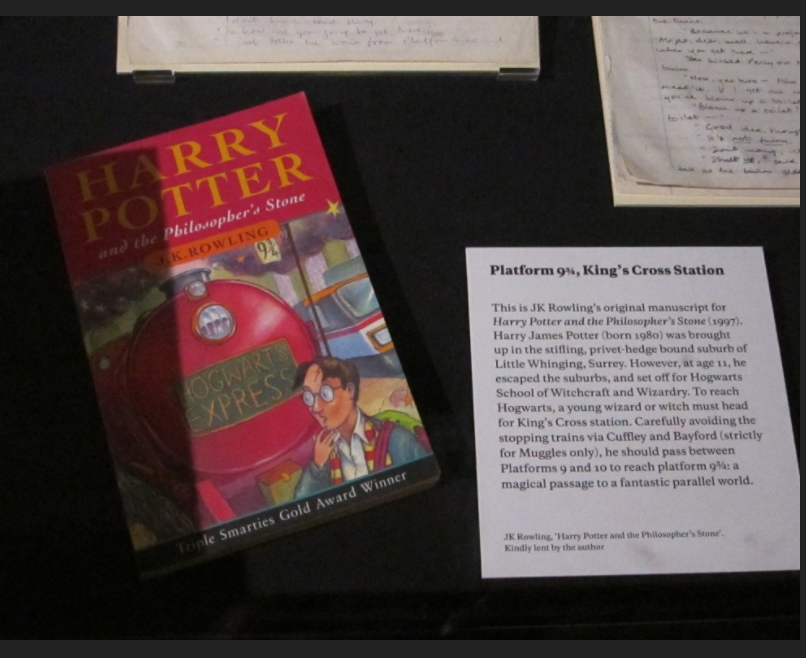 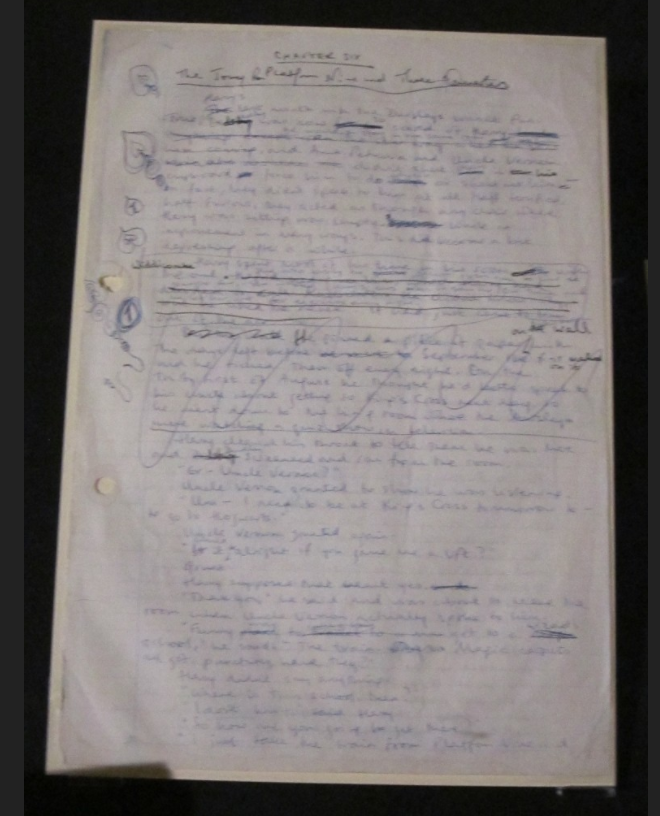 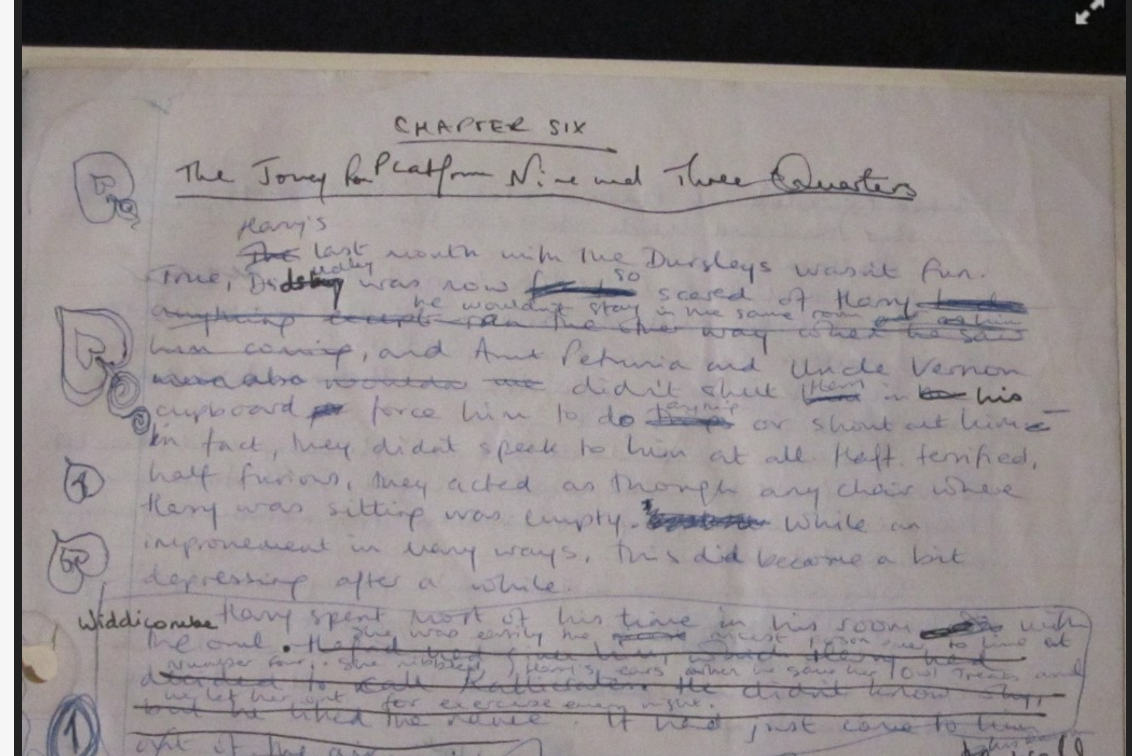 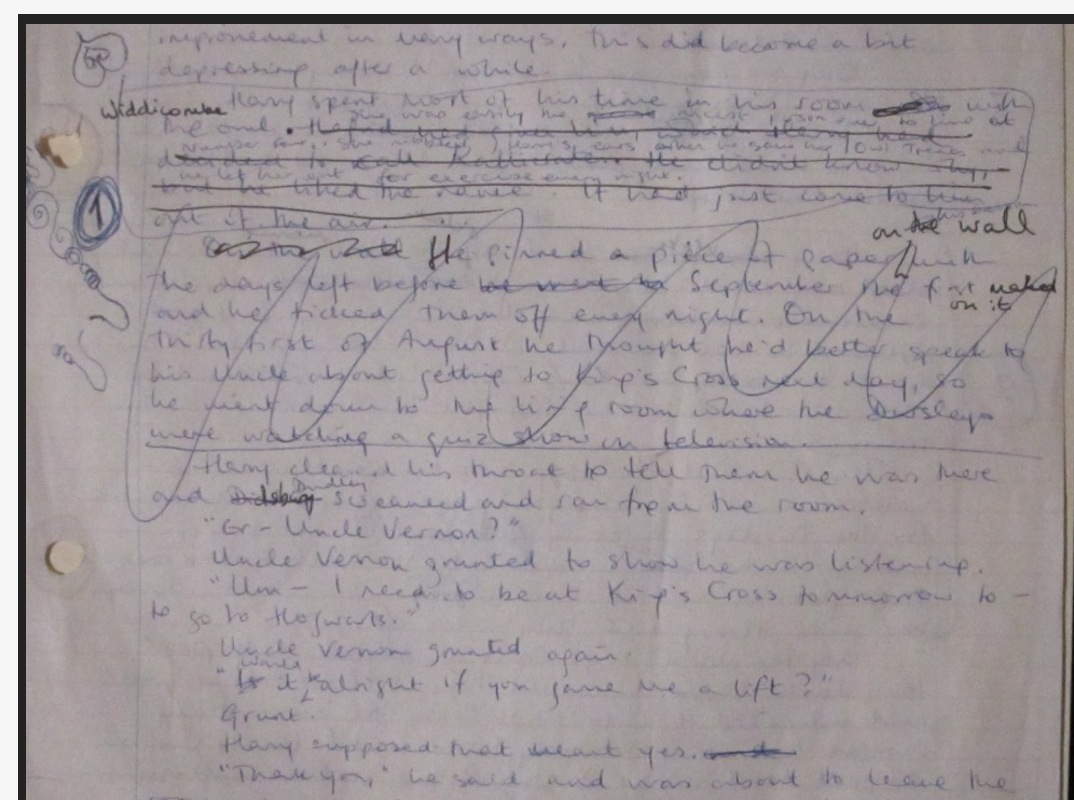 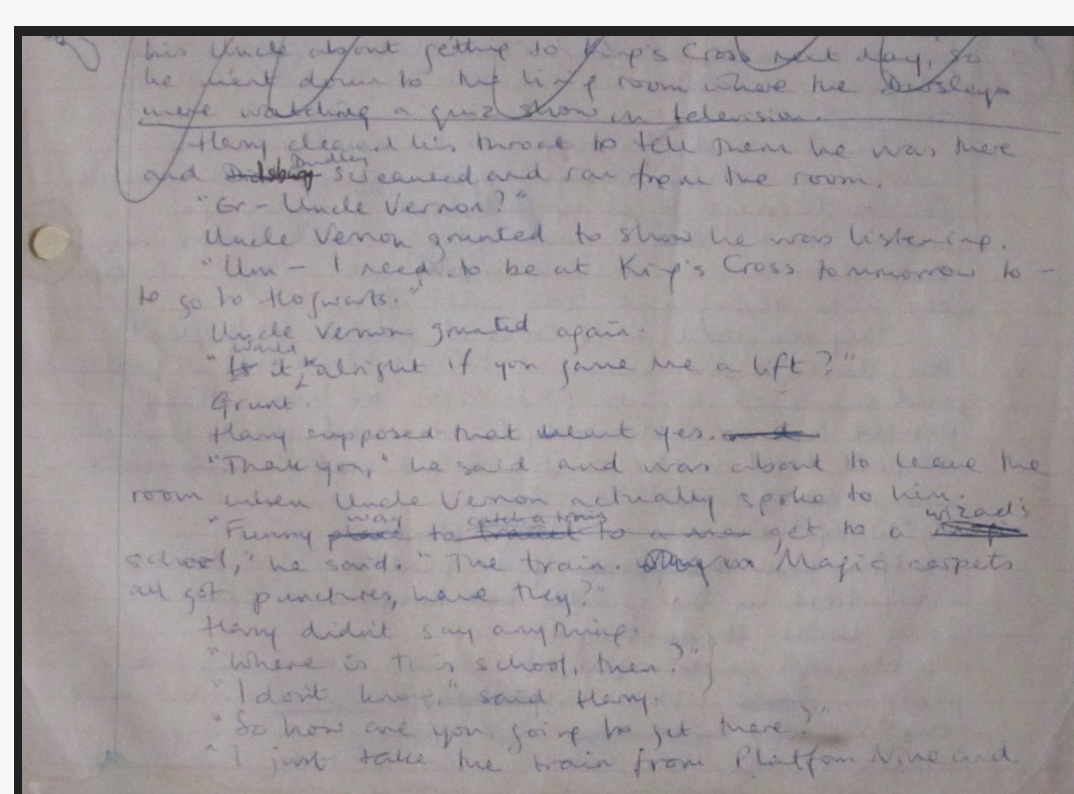 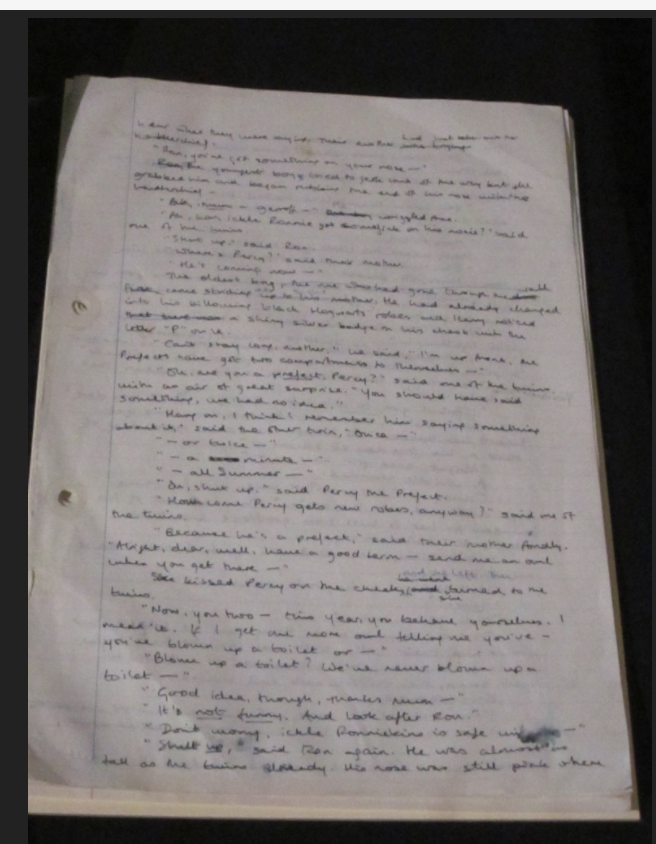 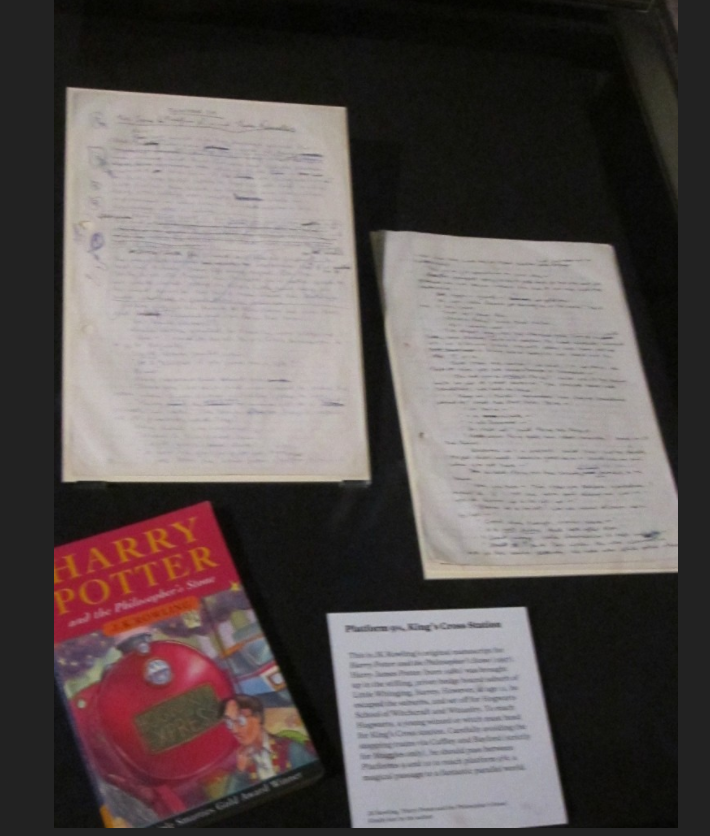 “Philosopher’s Stone” original manuscript full exhibit
Want more posts like this one? MuggleNet is 99% volunteer-run, and we need your help. With your monthly pledge of $1, you can interact with creators, suggest ideas for future posts, and enter exclusive swag giveaways!
Support us on Patreon