Voldemort’s Horcruxes Were So Unoriginal

Lord Voldemort may have been the vilest villain of the 20th century, but that does not mean he was always the most cunning as well. Sure, there were many plans of his that were indeed quite clever, but there were just as many that seemed, well, a little subpar for a man of his evil position. In my opinion, one of these major fails is the creation of his seven Horcruxes. Sure, they were often well hidden and usually protected by several dark enchantments, but in many cases, they were easy to find or effortlessly traced back to him. If Voldemort really did want his soul slivers to remain hidden, perhaps he should have been a little less sentimental and a little more clever. Here are seven objects that would have made way better Horcruxes. 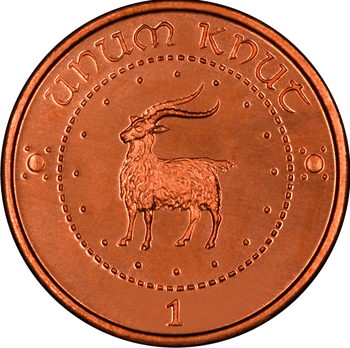 Frankly, any form of money would do. A simple, nondescript Knut, Sickle, or Galleon would sufficiently hold a sliver of Voldemort’s soul while also making it extremely difficult to find once it had passed hands several times. Voldemort already proved that he had no problem giving away his Horcruxes to Death Eaters – even if the Death Eaters in question were unaware of the object’s power. I have to admit, hiding a Horcrux among all of Hogwarts’ hidden and forgotten things is actually quite genius. What I take issue with is that the diadem was too easily traced back to Voldemort once Harry realized the pattern. Personally, I think good ol’ Voldy was on the right track when he used his old diary. In fact, he should have taken it a step further, using a random school book or even his diary without his name scrawled inside. Either way, the Room of Requirement had a larger collection of books than the Hogwarts library. There is no doubt that a random book would have been much harder to find than a rusty old tiara. Okay, before you send me a Howler, let me explain. Yes, I know that Harry was a Horcrux and all, but Voldemort really did not know that until he was tricked into destroying it. Besides, Harry was too obvious. If the Dark Lord really wanted to be coy, he should have picked someone far removed from the whole situation, someone no one would suspect. Now, I am no expert, but I don’t see why you can’t simply use the castle as your soul keeper. However, in the chance that you cannot hide your soul in the entire building, you could simply select a random doorknob or a chair leg in a classroom that is no longer used. This would still meet Voldemort’s sentimentality requirement while also being inconspicuous. Plus, as anyone who has attended a large school can tell you, chairs get moved around all the time! This inadvertent game of musical chairs would go a long way to prevent the Horcrux’s discovery. More specifically, his own wand. Any wand could work, but knowing how Voldemort prefers to keep track of his Horcruxes, he would likely curse his own wand in order to discreetly keep it with him.  I mean, no one is going to suspect a wizard with a wand! A flare for the dramatic? Certainly, but when has that ever stopped You-Know-Who? He calls himself “Lord Voldemort,” for crying out loud! When you think about it, though, the Basilisk makes sense. It kills or Petrifies nearly anyone with whom it comes in contact, which is great Horcrux protection in general. Added bonus: It can only be controlled by the Heir of Slytherin, Riddle himself. Voldemort could easily hide his soul in any old stone, and just like with the Knut, it would simply disappear into the masses. In keeping with the Dark Lord’s theme of sentimentality, he could hide the rock in the Forbidden Forest or even the lake.