It will soon be 20 years since Warner Bros. acquired the rights to the Harry Potter series in 1999, and few could have imagined that a book series would have grown into eight movies, a spin-off series, three theme parks, and a theatrical play.

While the popularity of Harry Potter has a lot to do with J.K. Rowling’s source material, Warner Bros. has been crucial in the development and maintenance of the Harry Potter brand. This brand development has now culminated in the creation of the Wizarding World franchise, which oversees all of Warner Bros. ventures into the magical world.

But how did Harry Potter go from a story about an 11-year-old living under the stairs to a global Wizarding World brand?

Once Warner Bros. acquired the rights to Harry Potter, fans could have expected an outpouring of merchandise to cash in on the hype surrounding the already-popular boy wizard. This was not the case, and Warner Bros. soon embarked on a cautious and considered merchandise-based marketing strategy, which was followed for the next ten or so years.

According to a New York Times article from 2001, in an attempt to not deter fans of the books, Warner Bros. took a deliberate “less is more” approach to pre-movie Harry Potter merchandise. This careful marketing strategy led to the production of what is now often known as “book merch” or “2001 merch.” 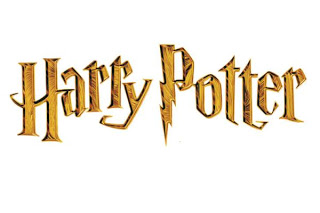 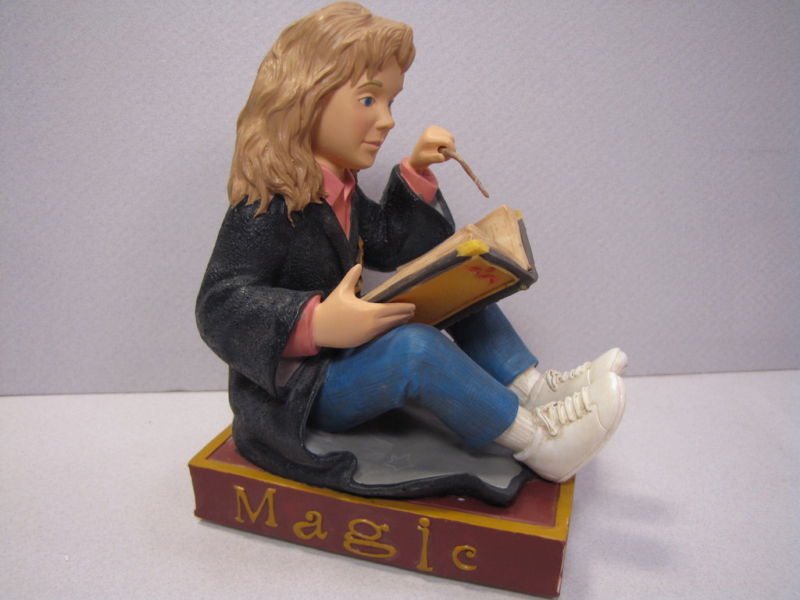 Merchandise like this Hermione bookend was based on the illustrations from the US editions.

Warner Bros. filed for the trademark of the now iconic logo in June 2000 and developed a series of illustrations based on the US book and cover art. These illustrations were used on licensed products in the early 2000s and signaled the beginning of a Warner Bros. Harry Potter brand but unfortunately didn’t last long. These games, toys, and collectibles produced before the release of the Harry Potter and the Sorcerer’s Stone movie are now sought-after items by merchandise collectors due to their limited nature.

Don’t Put Harry into Our World

The release of Sorcerer’s Stone in November 2001 further developed the marketing strategy. The New York Times also reported that images from the movie were released sparingly before it hit theaters in an attempt by Warner Bros. to “duplicate the gradual build-up of fan anticipation that greeted each of the books.” Once the film was released, actors’ images replaced illustrations on products, and the faces of Daniel Radcliffe, Emma Watson, and Rupert Grint soon became synonymous with the Potter brand. 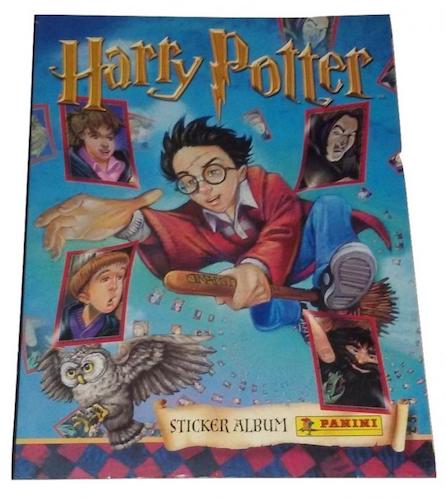 Merchandise like this sticker album from 2001 was soon replaced with designs featuring images from the films. 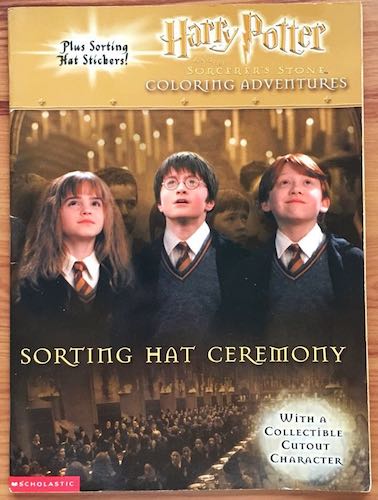 The young actors became the face of the “Harry Potter” brand.

Despite the success of the movie’s release, however, Warner Bros. continued its careful and cautious approach to managing the Potter brand. Another marketing principle at this time was to “take people into Harry’s world, don’t put Harry into our world.” Put simply, this meant that Harry’s name and image could not be used to sell plethora of existing products from a number of different promotional partners This is an unusual marketing strategy for a franchise since they have often been marketed in this way, for example, Star Wars Pepsi cans and Kellogs cereal,Hunger Games Subway sandwiches and Doritos and Jurrasic Park pretty-much-everything.

Instead, Warner. Bros struck an unusual deal with the Coca-Cola Company, making the company the sole promotional partner for Sorcerer’s Stone. According to the Wall Street Journal, the agreement was uncommon since it did not include “many of the traditional elements associated with such promotional co-ventures.” While the Harry Potter logo and related imagery could be used to promote the company’s Coca-Cola, Minute Maid, and Hi-C branded products, the characters would never be seen drinking the products, nor would the brands be featured in the movie. In addition, the Coca-Cola Company was required to support a literacy campaign as part of the promotional deal. The BBC reported that this philanthropic element to agreement saw a donation of more than 100,000 books head to schools and community centers across the US, as well as a three-year cross-country reading tour “featuring puppet and magic shows and storytelling.”

The release of Harry Potter and the Chamber of Secrets in 2003 did little to change brand management. That same year, the Economist reported that only “75 or so” licenses had been issued for Harry Potter merchandise in America, which was an unusually small number for a global movie sensation. Instead of amassing the 200 to 300 product licenses expected for a highly popular film series, Warner Bros. stuck to its strategy and carefully controlled the Potter brand. By restricting the use of the trademark to only select companies, such as Hasbro, Mattel, and LEGO, Warner Bros. achieved its “less is more” policy. As well as not oversaturating fans with merchandise, the limited licensing also ensured a level of quality to the products associated with the Harry Potter name.

From Toys to Theme Parks

It seems as though Warner Bros. kept its policy throughout the release of the next three films and three books, adapting slightly to focus less on toys aimed at younger children and more on merchandise for an older audience that was growing up with the franchise. However, the release of the Harry Potter and the Half-Blood Prince movie in 2009 not only brought a new chapter of Harry’s life to our screens but also ushered in the start of a new era of Warner Bros. marketing that shaped the Potter brand into something that fans all over the world recognize today.

The President of Warner Bros. Consumer Products (WBCP) at that time, Brad Globe, spoke to License Global about the opportunity the company was taking to expand the Potter presence in the consumer market in the years following the release of Half-Blood Prince. WBCP began exploring opportunities that allowed products relating to all parts of the Potter story to be developed, and not just merchandise relating to a particular movie release:

We’ve certainly had to re-evaluate and reposition our licensing and retail strategy as the property storyline evolved and aged-up [sic]. As a result, our once very broad product offering became much more focused. But now, we have such a plethora of past, present and future content from which to draw, we are uniquely positioned to enter a growth cycle with our retail and licensing partners over the next few years—and beyond.

This signaled the start of a holistic approach to merchandising the Potter franchise, which arguably was not available to WBCP in the early 2000s due to the simple fact that not all movies and books had yet been released. According to License Global, WBCP established “a multi-pronged global licensing strategy” to coincide with the release of the final three films and the development of the Wizarding World of Harry Potter at Universal Orlando Resort. The limited use of the Harry Potter trademark that was indicative of the early 2000s gave way to a strategy that targeted all age groups and allowed for further development of the brand through the production of a variety of Potter items, not just toys and collectibles.

Elements of this strategy are still playing out today. An increase in merchandising licenses is giving fans the option to incorporate Harry into every aspect of their lives, from the Potter-branded clothes they wear to home décor, from the games they play to how they celebrate the holidays. With three theme park locations and a studio tour, Potter fans can even incorporate the magic into their vacations in a way that was only dreamed of in the early 2000s. Potter was no longer just a household name, but a household brand, and with the creation of the Harry Potter Global Franchise Development Team in 2014, a significant change in marketing strategy was on the horizon.

The Harry Potter Global Franchise Development Team sought to further grow the franchise by developing “a high-level strategic vision for the Harry Potter brand and its ancillary businesses.” Since 2014, this team has been responsible for all future decisions relating to Harry Potter, Fantastic Beasts, and Cursed Child, including decisions relating to merchandising, book releases, and theme park developments. By bringing them together, all the different branches of the now rapidly expanding Potterverse, the journey to a global brand was nearly complete. 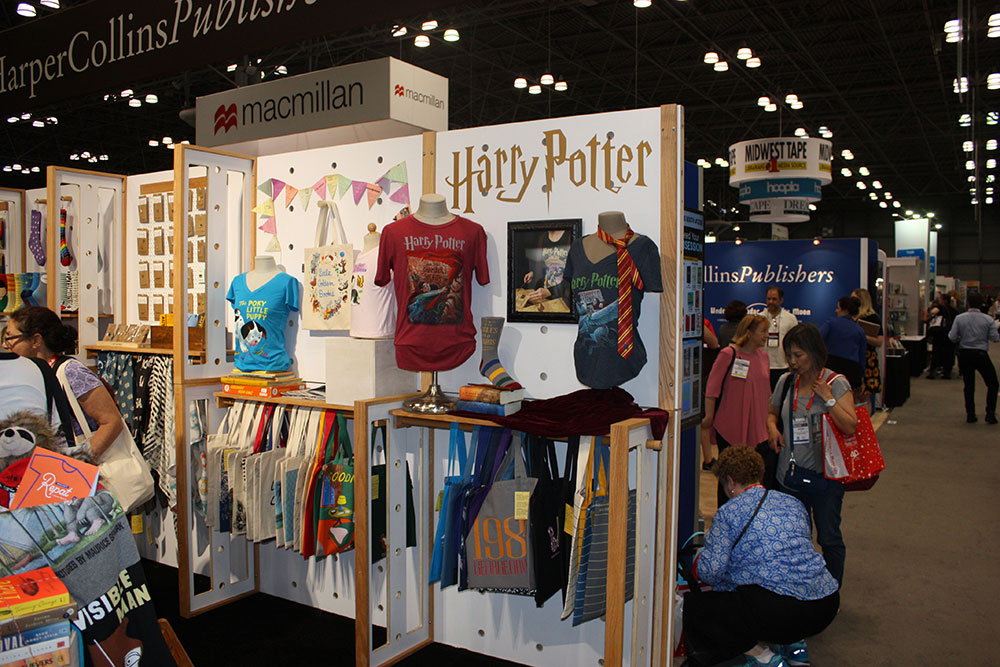 “Potter”-branded apparel has been hitting the shelves of stores since 2009, letting fans incorporate their love of “Potter” into their daily lives. 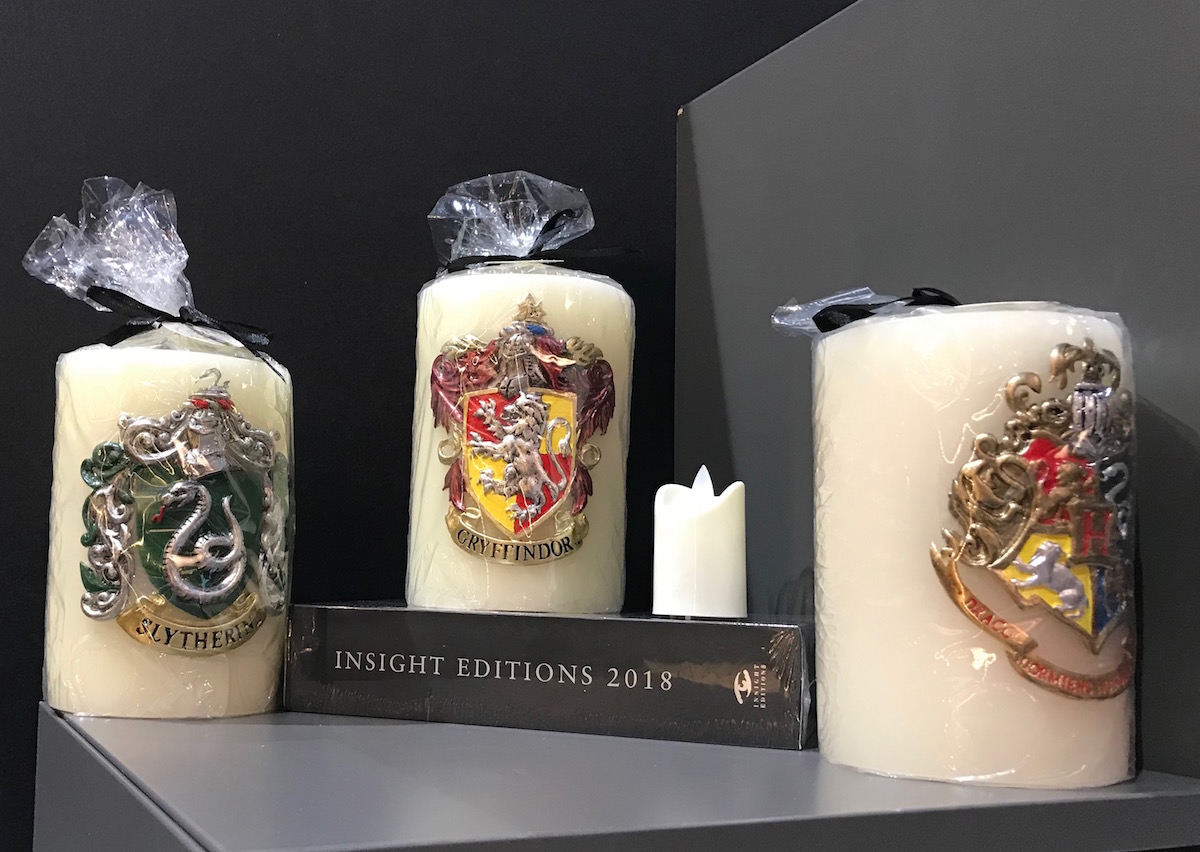 Home décor items and accessories is just one way that the Warner Bros. post-2009 strategy helped turn “Harry Potter” into a brand.

Fans were spoiled for choice in 2016, with ventures into both the past and the future of the wizarding world. Harry Potter and the Cursed Child brought Harry’s future to the stage, with familiar characters and locations, while Fantastic Beasts and Where to Find Them introduced fans to new characters and a new part of wizarding history. There are many differences between these two stories, but arguably the most important difference for the next stage of the Potter brand is who wrote them.

Now, this isn’t a discussion about what is canon and what isn’t. However, the fact that Cursed Child is based on a story by J.K. Rowling, Jack Thorne, and John Tiffany is important. Like it or not, the collaboration could have raised questions of authenticity and quality of the story. The same could be said of Pottermore, which changed from an interactive exploration of Harry’s story to a news and features site in 2015. Both of these Potter-branded products now contained writing from someone other than J.K. Rowling. How could fans be sure that the content they were consuming was true to the world that they know and love?

To reassure fans of the quality and authenticity of new Potter projects, and to make things altogether a bit more magical, the Harry Potter Global Franchise Team was publicly rebranded as the Wizarding World in 2016:

The magical universe first established in J.K.Rowling’s ‘Harry Potter’ books an [sic] brought to the screen in the Warner Bros. movies now extends to a stage play, theme parks, games, interactive experiences, products, and exhibitions. For today’s fans around the works, and for generations to come, the wizarding world welcomes you to explore the magical universe; [sic] past, present and future.

In a similar style to other well-known franchises (such as the Marvel Cinematic Universe), the Wizarding World has become the public-facing link between all of Warner Bros.’ magical offerings. In response to the announcement, branding and marketing experts Campaign, applauded the decision to create a group brand. The website stated that the move gave Warner Bros. “the freedom to expand and create new assets” while retaining the community feel of the Potter brand, which had been built through the careful licensing and marketing strategy of the early 2000s.

Complete with an evocative logo, which Pottermore has called “an instant, trusted kite-mark of quality and authenticity,” the Wizarding World franchise signals an end to the transformation of Harry Potter from book series to a global brand. After the upcoming release of Fantastic Beasts: The Crimes of Grindelwald, there are three more movies set to be produced under the Wizarding World banner, not to mention the opening of the Australian, German, and West Coast productions of Cursed Child, and any potential theme park expansions. While Harry still isn’t used to sell everything from potato chips to breakfast cereal, today’s expanding Wizarding World brand is a far cry from Warner. Bros’ marketing strategy of the early 2000s.

We can’t wait to see what the Potter brand will look like in another 20 years!